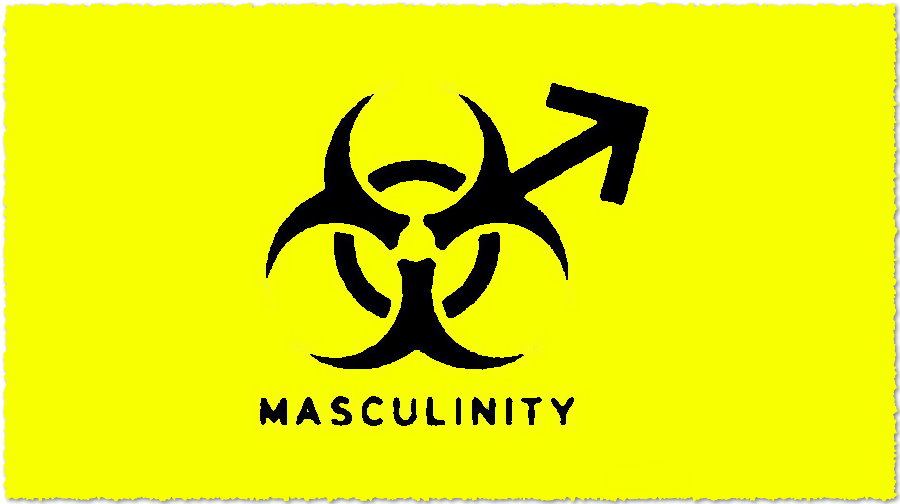 The Romans had a word for it: virtus, derived from vir, “man.” A constellation of attributes, of virtues, which were perceived to be masculine strengths—originally, in the early days of the Roman Empire, the term indicated martial courage. Eventually, this idea of manliness morphed into a wider, deeper idea of what masculinity meant, such as prudence, justice, self-control, and courage; virtus came to describe a good man, one who did the right thing. During the time of the fading of the Roman elite, the upper class no longer thought themselves unmanly if they had not served in the military.

Virtus, and all it implied, was generally not applied to women, to whom the term pudicitia, “modesty” or “chastity” was given. Cicero, that redoubtable polymath (eventually beheaded by order of Marc Antony), used the term to describe his daughter as being “brave” during his absence. So, these attributes, these virtues, could be held by women—although derived from the basic masculine model. Our term “virile” and “virility” come from this root.

But just like any virtue, too much can be too much. Caring can become intrusiveness; consoling can become prying; loving can morph into stalking and controlling, and manliness, machismo, masculinity, can all become toxic. And what is “toxic masculinity”? It is that over-abundance and misuse of virtus, implying that social and cultural pressures impel men to behave in a certain way, a way which injures themselves and others and the society at large. That all sounds mild, concerned, merely diagnostic, but has become pejorative, with a political agenda attached. The idea is that some people’s idea of “manliness” perpetuates domination, homophobia, and aggression. Many “experts” claim there are three core components to this toxicity: 1) Toughness:  not just physically strong, but emotionally callous, lest softness creep in. 2) Antifemininity:  rejection of feminine “traits,” such as accepting help or showing emotion. French novelist, feminist, and philosopher Annie Leclerc wrote a marvelous book, “Parole de Femme” (the title is a parody of the French expression  “parole d’homme”, meaning “on my word/honor as a man) in which appears this lyrical and chilling description of masculinity and its evil:

For when you are a man, you must be virile without respite, as the least lapse would compromise everything. Forever endeavoring to silence not only women, children, employees and neighbors, but also his own fears and tears, his own lack and longing—even he must feel the pressure…and more than a little.

Whew!  Being a man sounds like very hard work—what with all the denying and suppressing.  And it is worse than that. Men tend to avoid doctors, even mental health professionals (which  is seen as weakness), eschew their veggies, and engage in risky behaviors like excessive drinking and smoking. Among African-American men, “John Henryism” can be a problem. Named after the anonymous poem about a steel drivin’ man who dies straining to do an impossible job, this syndrome describes men using continuous high effort in the face of severe stress and discrimination. All of this hurts men, of course, but in hurting them, the pain spreads to the society at large. If the body—political and social—was an actual, corporeal body, and that body had just one small bit of disease which could—and does—spread to the whole organism, then it would be obviously wise to eliminate that disease or at least supply a cure, an antidote, for it, so the body could cease deteriorating and begin to flourish. But such an antidote would have to be an immensely powerful one, effective against the human genome, the thousands of millennia of social conditioning, the eons of struggle against a wild and merciless world bent on exterminating yet another shoot of the hominid line. It must be effective against the growing, ever-persistent dementia of an evolving social order which demands masculinity live up to manufactured needs and desires. So what is that antidote to toxicity? Education.

As mundane and plebian, and unexcitingly non-tech as it sounds—that’s it. Bear in mind that the following “tips” are a quick and dirty, generalized review of how to combat toxicity of the male condition. One rule is giving men a reality check. A man might assume, for example, that his liking for rom-com TV shows is an exception to the “man box” rules—this attitude is called “pluralistic ignorance”—but when he is confronted by statistics showing how many men like and watch such shows, his attitude changes (presumably). Then there is the “double jeopardy” phenomenon, where men who need the most help are the least likely to seek it out. So when such a man sees his friends and relatives getting such help, seeking good behaviors outside the masculine trap, he is likely to do the same—so the man who DOES get that help should be vocal about it (see above tip). One survey mentions that men have a very limited idea of what their relationship roles are—mostly centered on work, so when unemployment hits, their life crumbles, so this tip is for men to expand their roles, such as spending more time in a child-rearing/nurturing role. Nothing can tear a man from his toxically masculine role like being peed on while changing a diaper.

The question remains: what can make men deviate from evolution’s imperatives, from culture’s siren song? Who will teach the lessons some men need?

If you enjoyed this look at the state of masculinity, consider supporting us and get patron-only content on our Patreon page. This will help the growth of this site, the automachination YouTube channel, and the ArtiFact Podcast. Recent episodes include a survey of photography from Josef Sudek to Laura Makabresku, an examination of Abstract Expressionism as depicted in Kurt Vonnegut’s Bluebeard, and a debunking of Internet sciolists such as Jordan B. Peterson and Christopher Langan.