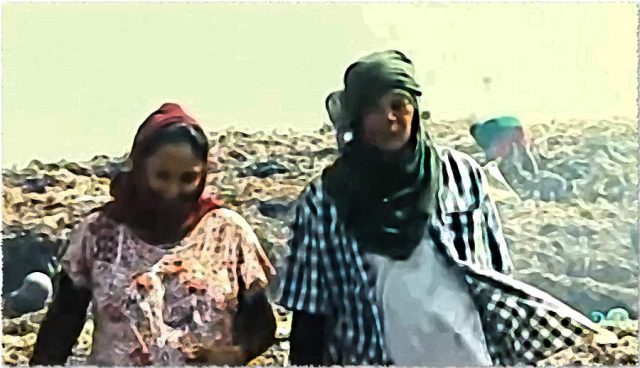 We were constant borrowers. What we wanted, we only had for an allotment of time, and most of what we thought was ours eventually found its way in the garbage heap, in the donation bin, or abandoned in a storage unit we’d never return to. Our real possessions were the practical things: kitchenware, furniture, clothes, tools, school supplies. Like any good nomadic clan, our subsistence was largely makeshift, and when we moved, we took only what we needed, and whatever else we could carry on our backs. Leaving a trail of cramped apartments, occasional houses, and, once, a single-room office space in San Bernardino county, home was, out of necessity, a state of mind, for it was only in the realm of thought that something like permanence could be established.

Even our toys (a huge box of action figures and the like, collected over years, and more than enough to go around for five siblings – oh, the miniature wars I staged with that miscellany!) were eventually discarded, left in a shed in a stranger’s backyard, for either some random kid’s enjoyment or the rot of wear. Many people still own sentimental items from their childhood: adored playthings, little gifts from a beloved friend, and other such keepsakes that those not very given to nostalgia learn to forsake when maturity hits. I’m a sentimental person, by nature, but I have nothing from my childhood still with me, apart from what I can remember. […] 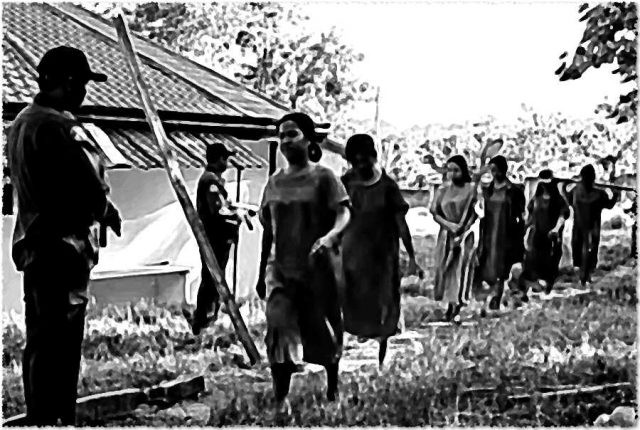 The Philippines is not even a memory. I was a year old when they brought me to America, under circumstances still shrouded by vague detail, even at the age of twenty-four. Those islands live in distant waters called the past, and not even my own, but a past imparted to me in the monologues of aging women, or in the words of my father, who kept any talk of his childhood brief – too often were his words suddenly capped by the silence of memory, or the heat of a spiteful lecture.

We were a family on the move, never in one home for more than a few years, but the tattered and bulky photo albums stayed with us. My siblings and I often flipped through them, sometimes in amusement, and other times as if we searched for clues that could, if arranged correctly, direct us out of our displacement; could, in some way, solve the conundrum of our household’s misery. Were we conscious of this? Likely not, but an urge deeper than the entertainment induced by taskless boredom drew us back to these albums, nudged our fingers to trace bodies unwrinkled and darkened by an equatorial sun. Surely something more intense than a child’s easy delight brought our eyes time and again to the scenes of our parents’ wedding. Why did my father and mother, in our genesis, appear as strange to me as the strangers in the pictures? The church it was held in looked to be constructed solely by robust shadow and flashes of light revealing oddities: unfamiliar faces, clasped hands, frozen dancing, a gaudy cake our parents, close together, cut. My mother, bride-white, was very young, and her beauty (later burdened by five pregnancies and many separations) radiated so plainly there, even as a shade of the future seemed to haunt her joy.

Inside those albums were young, slim and smiling people who looked more like close relations to, rather than the younger versions of, those I knew as my parents, aunts, uncles, cousins, etc. Something had trapped their vitality in keepsakes, rendering it as exotic to me as the world of heavy palm leaves, tin shacks and clubhouses surrounding them in the pictures. The Third World, they call it, and could it be truer? What else would you call a world that materialized out of nostalgia, heartache and slow chemical development? The phrase is normally bandied about in terms of economic deprivation, but from the beginning, whenever it was said, I felt the air out of a dream blow through me (“Ich fühle Luft von anderem Planeten…”). A dream, or a fairy tale, as my elder relatives often attached stern warnings to the stories of their former lives. Thus, the Philippines became less a real place than it did a repository of parables made for my moral benefit, locked away, again, by those distant waters called the past. […] 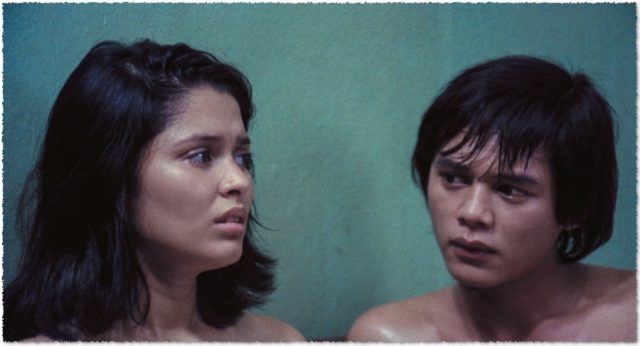