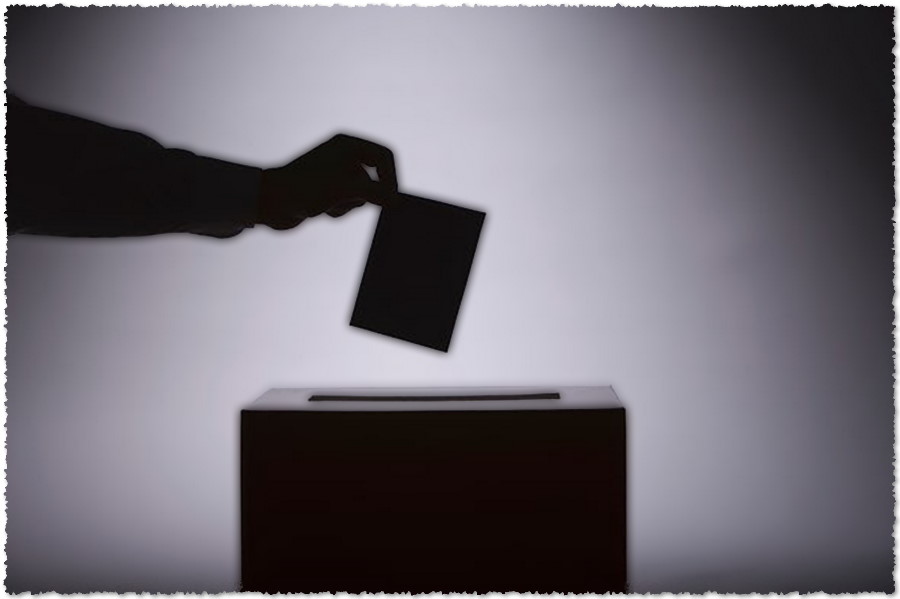 Twenty-three thousand years. Science has dated footprints found at White Sands National Park in New Mexico to a time well before the 13,000 or 15,00 years that puzzled experts had estimated human beings set their feet in North America.

Humans have been voting since their beginnings, just as they do now. Paper ballots are not the only way to do that. In that very early time in hominin awakening, those beings voted with their feet. They wanted out their old habitats, deciding to go someplace else, giving their previous residences a negative vote. Archaeologists and anthropologists are still finding scraps of their voting behavior in North America. But these items are not merely the fascinating detritus of early humans, but election results.

Humans still vote with their feet, moving from city to city, state to state, even country to country.  We also vote in many other ways—for the station with the cheapest gas (getting tougher to do); we vote for the best market, the best value. We vote so much and so often, under the rubric “choice”, that we don’t see our behavior as voting at all. We tend to think of voting as being ONLY putting paper into boxes, but if one considers voting as choices being  made, without the patriotic  music and images, one can use a completely different template to observe society. For example, one chooses one gas station over another, mostly based on price. That means that the motorist chooses against all the others. But this way of presenting it leaves out Identity-based voting. A motorist might go to the same gas pumps for years—out of convenience when prices all over town are about the same. The station is on the side of the road she drives on from home, so she doesn’t have to cross over any double lines or cut across oncoming traffic. But if prices begin to become too much for her budget, her vote will change to some other gas pumps which spew out the precious liquid at a more reasonable price. Her loyalty to a particular place is fluid.  So, as far as choice is concerned, the idea of Identity Politics is ridiculous, since the person voting (making his or her choices) would not only be foolish to keep going to the same gas station out of muscle memory or tradition or convenience, but harmful to the family budget.

Of course, when choice comes up against force or coercion or necessity, something has to give.  And who has more ability to demand, to force, to create necessity than government?

So wrote James Madison in Federalist 51. Our government, and many others, have taken the ‘controlling the governed’ part and run with it, maintaining the façade of democracy while slowly but surely, the governed—paper-ballot voting all the while—became less empowered and more restless. And now, the inchoate yearning for real choice is starting to emerge and that yearning is becoming voting in its unofficial but increasingly powerful form. Parents in Virginia seem to believe they have some rights to know about, and have input into, the education of their kids, and they believe they have a right to protest to the school board. Whatever the politics of it are, it’s a sign that things may not be well in Eden. Schools across America are starting to feel rumblings of that same nascent movement. And then there are the labor troubles.

The U.S. Bureau of Labor Statistics tells us that in 2020 there were only 8 major work stoppages—the lowest since 1947. There were peak labor strikes in the 50s and then again in the 70s—both turbulent times: post-WW2 readjustment days when a new America was emerging for returning troops and waiting families, and those awful oil-embargo days when one had to get in line at the gas pumps at 4am just to get five gallons of gas to get to work and hope to get back home—so the driver could  do it all over again the next morning. But these are turbulent days also, so why so few “major” strikes? If one looks around, the scene is shifting before our eyes:  the COVID pandemic has loosened some traditional restraints and we see protests against masking in public. I go to my local market which has a big sign on the front, admonishing customers that health and safety protocols require one to wear a mask before entering, but many customers do not wear one inside and not a word of caution or anger is spoken to them. The struggle is on now—between increasing state and federal restrictions on who can eat in restaurants, go to the beach, play tennis in the Australian Open, travel, etc., and the voters out there who are beginning to make choices counter to accepted (up to now) authority. The struggle about pronouns, who can compete in sports, whether truckers can cross a border, whether police forces will be defunded or enhanced—all issues being voted on by an increasingly restless public right now, and for the foreseeable future.

It has been suggested by some creative curmudgeons that we institute a system Athens used for about 70 years: ostracism. In the 1960s, a large stash of pottery ballots was discovered in a landfill in Athens. These ostraca were used to banish someone without a criminal trial and were originally used to rid the polis of potential tyrants, but early on became a negative popularity vote against those who threatened the order of the city-state, those who transgressed community standards in some way—even the great Pericles was a candidate, though he never received the 6,000 votes necessary to be tried. But there is really no need for this, since negative votes happen every day here. Elections (official ones) are supposed to de-select those people and policies we all deem not worth having, but the system we use forces to choose from a thin pool of candidates, and choice like this are not much of a choice at all.

But our collective choosing proceeds apace, as it always has—remember when California lowered the speed limit on freeways, to save gas? Remember who no one seemed to notice except the California Highway Patrol? That was voting with accelerators. And how far along will this process take us? Stay tuned for the election results.

If you enjoyed this look at concepts of voting, check out the automachination YouTube channel and the ArtiFact Podcast. Recent episodes include a breakdown of Elizabeth Barrett Browning’s Aurora Leigh, a dissection of Kurt Vonnegut’s classic novel, Galapagos, a philosophical look at kitsch, aesthetics, and NFTs with UK painter Ethan Pinch, and a long discussion of photography from Alfred Stieglitz to Fan Ho and Vivian Maier.