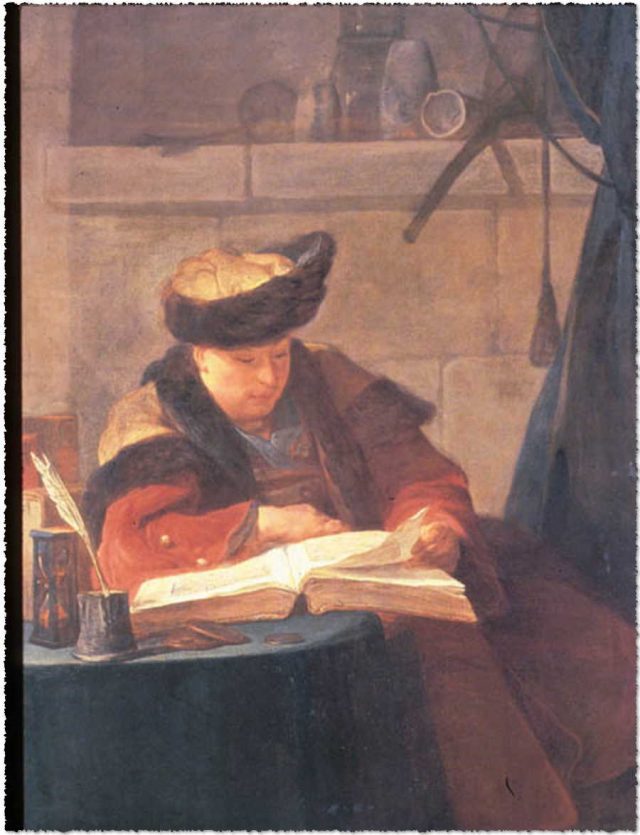 The above painting is by Chardin, and it is titled Le Philosophe lisant. I first came across it not in a gallery, but in an essay. It was written by George Steiner, and in it he attempts to unpack its meaning via the symbols Chardin assembles on the canvas and make larger commentary on the act of reading: its history, its presentation in the painting, and its state in contemporary society. It’s not a bad essay, and Steiner is clearly learned, but the main and immediate impression I got from it was how, after looking the painting up on the Internet, it may have been the inspiration for Wallace Stevens’s great poem “Large Red Man Reading”. Stevens seemed to have an abiding interest in French culture (sprinkling words and phrases of the language in his own poetry) and it would not surprise me if the poem was an ekphrastic one, based on Chardin’s famous painting. Anyway, that’s just a little curio, to start things off. Steiner focuses intensely on the silence of the painting (and silence’s importance in concentrated engagement with a text) but Wallace Stevens’s poem veers away from silence, philosophizing even further than Steiner’s rather staid scholarship. […] 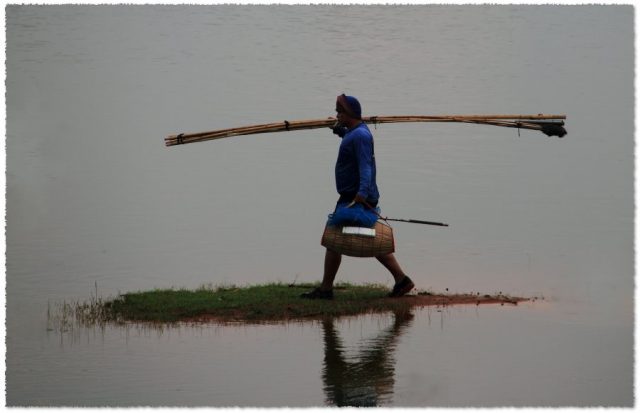 I won’t miss this day. In fact, I’ll try to make up for it by jotting down my thoughts on a Wallace Stevens poem, “Man Carrying Thing”. I just memorized it (hopefully it sticks) and it’s a fun thing to rattle off and attempt to wrap your head around. He wrote these incredibly eloquent, philosophical puzzles that require multiple readings and deep thought to unpack, if not fully understand. I’m not sure most of Stevens’s poems have a singular, unitary meaning. Perhaps some of the simpler ones do. However, most of the famous, great Stevens poems possess a multiplicity (not infinity) of meanings that merge and interweave and clash. The act of reading his poems isn’t trying to find out what they mean – as if each one came with a packaged, one-sentence definition. It’s parsing out each part, uncovering different meanings and how they interact to form a complex yet congruous whole – certainly one that requires many paragraphs, if not entire pages (books, even!), to elaborate on. The thing I love most about Stevens’s poems is how many questions unravel after landing on a likely answer. Again, there’s a limit to these questions, but the point is that his poems are a delight to return to again and again, since they seem to grow in stature and meaning as one grows in life experience. Without further ado, here’s the poem. […]