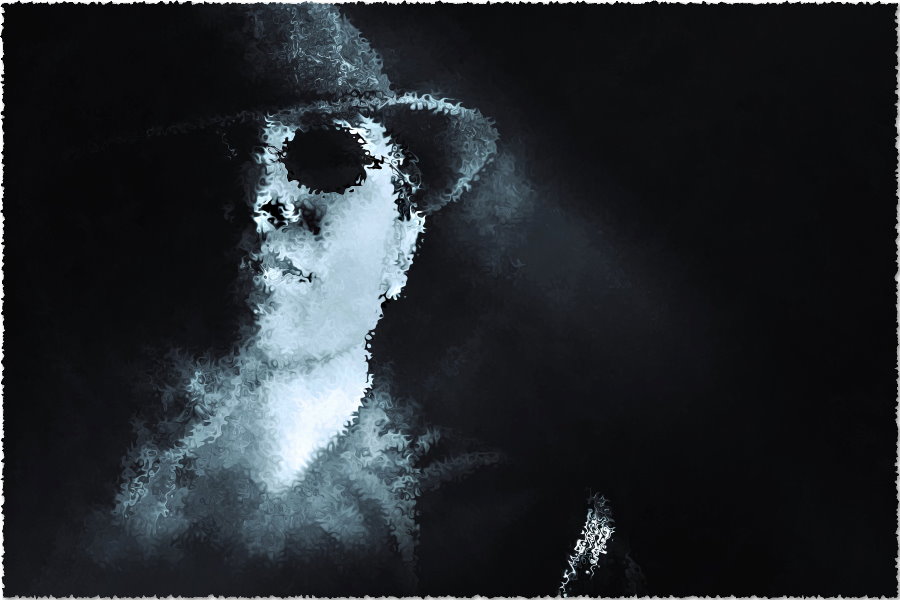 Here is the letter I wrote to Dan Schneider after reading his manuscript. I’ve known Dan since 1992 when we used to read poetry at open mics, and later when Dan formed the poetry group, Uptown Poetry:

I just completed your manuscript. In view of all the time you’ve spent helping me with my work, I’m sure I owe you a response to yours.

The Vincetti brothers are lower than snakes. You took me to a world that is more repugnant than vomit. I thought I had met some lowlifes, and I have, but the character of Gino takes them all.

And that’s what you did – take me all the way in. Never I have read a book with such visceral depictions of human beings, and it was not just a section, but the whole book. I was reading it with one eye on the page and the other one shut.

However, it was fresh like blood. You didn’t use tired old descriptions in your portrayal of these thugs. No, every page brought me to a new level of revolt.

The fact that you were able to carry this out for over 600,000 words is astonishing. It speaks to your innate and well-developed talents with the language. In other words, you took shit and made it readable.

My life as it is, I look for redemption in my reading. I must admit, I struggled with The Vincetti Brothers for the first part. Of course there is something about violence that attracts and especially if it’s not against you. But The Vincetti Brothers is much more than just a viewing of violent people. The book, at least for me, was an extremely explicit detailing of life as bad as it gets. Your artful writing is what brings more than a rote response to such things. At first, I was unsure, but as it went on and to the end, I saw you were as repulsed as anybody by most of the characters in the book.

A lot of writers succumb to making legends or heroes out of people like the Vincettis. They claim they were misunderstood or not raised right. The brilliance of The Vincetti Brothers is that you don’t do that. You somehow lay it out there without pretense and allow your readers to judge.

But what really captivated me was your storytelling. I really felt like I got the unvarnished truth. You didn’t seek to justify your characters; you just revealed them in the starkest of lights. And the language you used. I would have never gotten through a book with the language you used if it hadn’t rung so true. You really showed me that to develop these characters you had no choice but the coarsest of words.

I wouldn’t call The Vincetti Brothers a page-burner. It was an effort to read it because it was so repulsive. But often repulsion is quickly followed by catharsis. I don’t know if it is true for other readers but for me it was “Thank God it wasn’t me.” It’s like I knew there is evil in the world, but I glad I didn’t grow up in “the nabe”.

I often felt that Dan Schneider is a miracle for having witnessed this depravity so close at hand and coming out of it in one piece. I think your good mind helped you figure your way through it all.

But back to the book. Overall I can say it made me think of several movies I’ve seen, including Taxi Driver, Deer Hunter, Apocalypse Now, and A Clockwork Orange – some of them named in the book. It was the senseless predatory and amoral violence. Other than Manny and maybe the Drill, there were no heroes. Of the three brothers, only Dino could pass for acceptable.

Therefore they were all killed off, except Dino and somewhat Antonio who was a walking corpse, which had a satisfying closure to this massive manuscript.

The manuscript. There is a place for it in literature. As you well know and point out so eloquently and vehemently most books these days are lollipops. You suck on them a while and when you’re done it’s gone. The Vincetti Brothers will have a history. I have to couch that a little. If the reading public can mature to a point that it reads gutsy and unique voices, your place among writers is secure. It’s difficult for me to imagine another writer that brings more to the table than you.

But many people just seek to be entertained. They can’t handle challenge. They run from it. That would be your challenge. Can you get people to look at characters as evil as the Vincettis? Like I said, people will look at violence if it is portrayed a certain way. But you seek to enlighten not entertain with gratuitous violence.

I really learned a lot on many levels by reading VB. Like I said in an email, it’s not The Godfather. Your depiction rings clearer.

Thanks for giving me the opportunity to read it.

That was my immediate response to his work when I read it. Now, over ten years later I can add some additional reflections. The elephant in the room is why would anybody be interested in reading about small-time hoods? I answer, it depends on the writing. Dan Schneider has created, or maybe knew people like that, characters of great depth with precision. If you want to know the world around you, you can’t block out the Mafia. People like that exist like it or not. It’s part of life, not particularly pretty, but it is real life stuff.

As I stated in the letter, it seems truthful. And honestly, don’t people have an attraction for the gutter sometimes? The Vincetti brothers are people we can all feel better than. The visceral story is somehow fascinating at the same time it’s repulsive. It can actually be cathartic to live through someone else’s depravity lest we go back to becoming puritanical. It’s always entertaining to be observing someone else’s hell when we don’t have to be there ourselves. The bigness of the story in both subject matter and actual pages make it a great accomplishment to get under our belts as readers. I came away thinking of all that’s going on in New York.

If you enjoyed this review of Dan Schneider’s The Vincetti Brothers, consider supporting us and get patron-only content on our Patreon page. This will help the growth of this site, the automachination YouTube channel, and the ArtiFact Podcast. Recent episodes include a survey of photography from Josef Sudek to Laura Makabresku, an examination of Abstract Expressionism as depicted in Kurt Vonnegut’s Bluebeard, and a discussion of Hermann Hesse’s classic novel, Steppenwolf.