he peace-loving side of me greatly appreciates The Song of Hiawatha, written in 1855 by Henry Wadsworth Longfellow, for the beautiful language and its conciliatory message by Hiawatha to his Native American brethren to accept the white man and his religion. My truthful side tells me that this poem has little to do with truth. Folklorist, Stith Thompson, said, “it is non-Indian in its totality,” and “the episodes (of Hiawatha) are but superficial.” So, I think what we have here is simplistic folklore for whatever it’s worth.

The poem was immediately a success for Longfellow when he published it. He sold 50,000 copies right off. The popularity of the piece with the public was there. Scholars had questions and doubts. Although Longfellow did have connections and input from Natives, it is important to note that even Longfellow admitted that Hiawatha was a fictional character. One of Longfellow’s main sources, Henry Rowe Schoolcraft, has been criticized for mismanaging Native legend to suit his own tastes.

Do we have a white-acting Native in the person of Hiawatha? If we do, does that ruin any chance for redemption of The Song of Hiawatha? That depends on what you’re trying to get out of it. To take it as historical, is probably not a good bet. However, to take it as a beautiful and skillfully written piece of fiction, you might be able to pass muster. […] 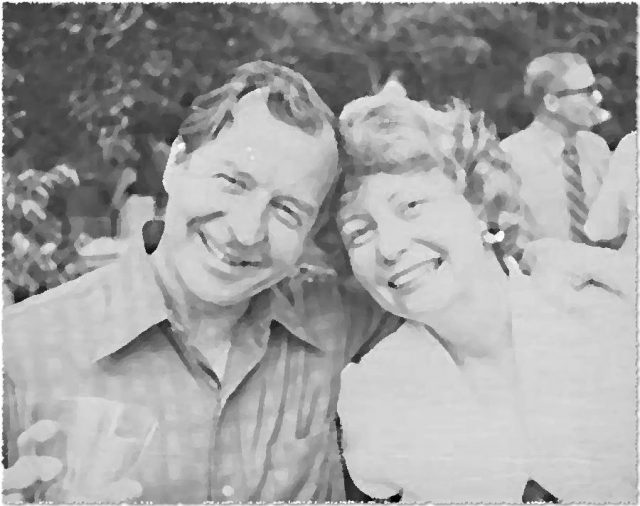 Fairweather friends we are not. We are in it for the long haul, like a family, for better or worse. George W. “Bill” Fairweather was a disillusioned 60s California psychologist who got tired of watching the revolving door of mental illness: in the hospital, out of the hospital, back in the hospital…and so forth. Dr. George Fairweather threw his hat in the ring with a possible solution: The Lodge. A Lodge was something like a group home for those with mental illness, but unlike any group home you’ve ever known. The time was the mid-60s.

Later, George Fairweather, in the mid-90s, would lay out his strategies in his three books: “Empowering the Mentally Ill”; “KEEPING THE BALANCE: A Psychologist’s Story”; and, “Guidelines for Problem-Solving Support Groups”. These books were discussions by Dr. Fairweather laying out the dynamics of what happens in a Lodge. Rather than their literary merit, these books are recognized for their revolutionary ideas.

Dr. Fairweather was proclaiming the process which would save persons with mental illness from tragic and meaningless lives. It was a scant decade earlier that we had de-institutionalization of mental illness releasing people to the streets, and that’s where a lot of them stayed. To be healed in a Fairweather Lodge almost sounds like hot springs, but it is not that, just a similar goal. […]

Luke 2:1 – 24 is the prophet Luke’s story about the advent of Christmas. But much more than just a factual account it is a story told artfully. This is especially true if we are talking about the King James version of the Bible.

“And it came to pass in those days, that there went out a decree from Caesar Augustus that all the world should be taxed.” Thus begins the story. It’s not, ‘Caesar decided to tax the folks.’ Luke sets the scene for a magnificent story to follow. Yes, it’s factual, but choosing those words, “all the world should be taxed” is a grandiose scheme by a king. What could top it? And we know what will outshine it.

In short order we are introduced to two of the major players, Joseph, a descendant of King David, and Mary, his betrothed who is with child. Our attention to Caesar is immediately upstaged by these two partially because King David plays a major role in the Old Testament and it has been prophesized that from his lineage a Savior will come. Luke calls Mary “his espoused wife” to flavor a nuance of the Virgin Birth. Expectations abound.

“And so it was, that, while they were there, the days were accomplished that she should be delivered.” Hear the music of that. Something as everyday as childbirth is elevated to a major accomplishment. It is recognized that most people who are reading this account, are at least vaguely familiar with the story, but reading lines like that are a shot in the arm especially for believers. […]

He positioned himself into the spotlight with the anthem Blowin’ in the Wind. Although it’s truly laudatory in its own right, Dylan needed the help of Peter, Paul, and Mary to popularize it. Soon it was adopted as a theme song for the Left. But why? Dylan claims he never intended that. Instead it was only a song that he wrote in ten minutes according to him. Why the greatness associated with it? Let’s take a look. […]