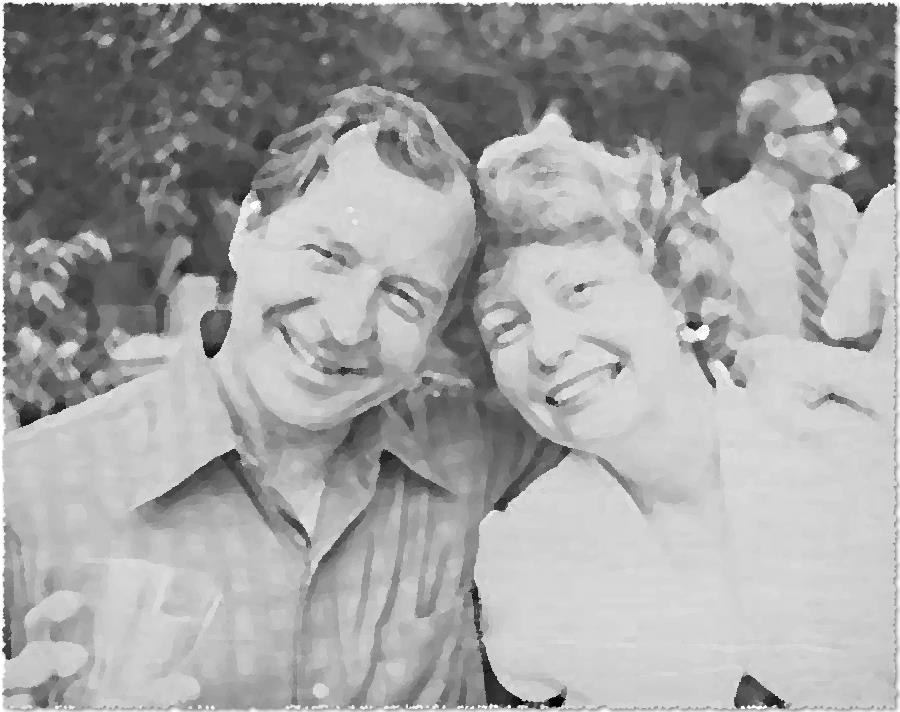 Fairweather friends we are not. We are in it for the long haul, like a family, for better or worse. George W. “Bill” Fairweather was a disillusioned 60s California psychologist who got tired of watching the revolving door of mental illness: in the hospital, out of the hospital, back in the hospital…and so forth. Dr. George Fairweather threw his hat in the ring with a possible solution: The Lodge. A Lodge was something like a group home for those with mental illness, but unlike any group home you’ve ever known. The time was the mid-60s.

Later, George Fairweather, in the mid-90s, would lay out his strategies in his three books: “Empowering the Mentally Ill”; “KEEPING THE BALANCE: A Psychologist’s Story”; and, “Guidelines for Problem-Solving Support Groups”. These books were discussions by Dr. Fairweather laying out the dynamics of what happens in a Lodge. Rather than their literary merit, these books are recognized for their revolutionary ideas.

Dr. Fairweather was proclaiming the process which would save persons with mental illness from tragic and meaningless lives. It was a scant decade earlier that we had de-institutionalization of mental illness releasing people to the streets, and that’s where a lot of them stayed. To be healed in a Fairweather Lodge almost sounds like hot springs, but it is not that, just a similar goal.

A Lodge is where four or five people with a diagnosis of mental illness live and use as a base for their group employment in the community. Much like a commune or a family, the group interacts to take care of the business of running a household and also holding jobs as a team at a local business. In the process they heal from the trauma of a mental illness.

George Fairweather professed great faith in the efficacy of small group process. Margaret Mead was quoted: “Never doubt that a small group of thoughtful, committed citizens can change the world; indeed, it’s the only thing that ever has.” Lodge clients are probably not thinking about changing the world, but that’s exactly what Dr. Fairweather has them doing. Everyday clients do the miraculous.

A diagnosis of mental illness once carried the heaviest of weights. I overheard one person comment that those with mental illness are the lowest in society. Dr. Fairweather and many enlightened people do not concur and many people are out there making sure this is not the case. Among those people are the members of Fairweather Lodges which sparsely span the US.

This didn’t happen by magic. One man, Dr. Fairweather, can take a lot of credit. He passed over ten years ago, but his protectors of his legacy dot the country. And what a legacy.

No social worker, no radical, no academician has anything on him. His three books are masterpieces of the socialization of persons with mental illness.

In “Empowering the Mentally Ill”, he starts out with the goal to improve the social status of persons with mental illness. You have to forgive him for dated language. He uses “the mentally ill”, and current practice is to use people-first jargon. You have to look far and wide to find a group of people as a whole who have less social status. Undaunted, George Fairweather marches forward in a blaze of theory. First off, we have to change perceptions, he states. The clients must become perceived as having power. This requires a transfer of power from staff to the clients. A slow and methodical process ensues until the clients are the ones making their own decisions. This outcome flies in the face of the traditional mental health system where patients are shepherded through their lives. Clients find new life and also begin taking on responsibility and rights of citizenship in the community. Give people power and watch them grow. Sound like the American dream? Lodge members are some of the few people living it.

In “KEEPING THE BALANCE: A Psychologist’s Story”, we get to know the struggles George Fairweather had trying to pursue his theory and put it in practice. He ran into an awful lot of roadblocks in the form of ingrained professional models and people who doubted persons with mental illness could ever have lives. First he had to get past the science of it all. Dr. Fairweather observed that persons with mental illness are just normal people outside the system. He thought they could gain community rights by supporting each other at home and at work. The first Lodge was born. After its successes George Fairweather expected his model to be accepted and fully funded. It was not.

Dr. Fairweather then took his program on the road across the country seeking to find interested people who would start Lodges. He came to Minneapolis and discussed his plans with a social worker named Dorothy Berger. She started Tasks Unlimited in 1970, which is who I work for in 2022.

In his third book, “Guideline for Problem-Solving Support Groups” Dr. Fairweather further develops the model with particular focus on problem solving. Not only mental illness but many of society’s problems can be solved similarly through small group process, he claims.

Dr. George Fairweather is the only person I have personally known in my life to originate a program to solve the problems of mental illness. He has gone about it in his humble way (he’s all of 5’7”) with a big heart and a lot of stamina. He brings to mind a person who has great follow-through.

There still is hope alive by persons familiar with the Fairweather Lodge who really want to see the program grow. This dream is most prominently found in the national Fairweather Coalition for Community Living Board. We have yet to become marketing savvy enough to pull it off, but our undying hope is that the program will sell itself if it becomes known. We like to think it’s the best kept secret in America. What else could offer so much to people with the illness? Lest it sound like some sort of cult, it is quite the opposite. You work for Fairweather, you make friends, and become free to pursue your life all with the blessings of a home and a job. It’s non-traditional but so was Dr. Fairweather.

If you enjoyed this piece on George Fairweather’s small group process, check out the automachination YouTube channel and the ArtiFact Podcast. Recent episodes include a breakdown of Elizabeth Barrett Browning’s Aurora Leigh, a dissection of Kurt Vonnegut’s classic novel, Galapagos, and a long discussion of photography from Alfred Stieglitz to Fan Ho and Vivian Maier.

More from Bruce Ario: Jesus Is Born: The Christmas Story As Art, I Want to Make it Big: Analyzing Bob Dylan’s “Blowin’ in the Wind” & “I Contain Multitudes”