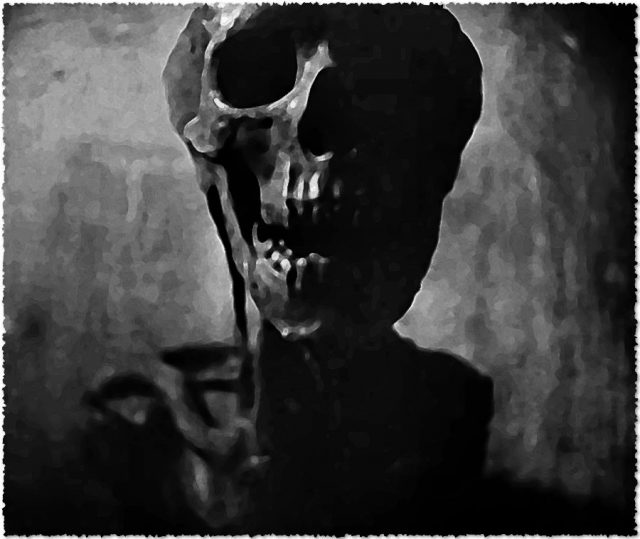 What to say when one cannot distinguish between one’s inner world and outer? When dream is not only as freighting as reality, but in its own essence, becomes reality? What to say then—especially when the fright involves a film that is mostly delivered via imagery over sound? Carl Th. Dreyer’s Vampyr was filmed utilizing three languages, which thereby made any speaking parts difficult. Thus, when Dreyer has his protagonist, Allan Gray, pull a thick ‘Book of Vampires’ out from his slim coat pocket—it then serves as the simplest means for narrative delivery.

Allan Gray arrives at an inn that is haunted by shadows. Whether this is dream or real is undetermined, as there are many moments when that line is blurred. The film, whilst not containing many spoken words, is shrouded in shadow. In it, the images construct the narrative. Gray dips in between sleep, whilst cocooned amid that nocturnal hour when it is difficult to distinguish real from dream. Perhaps this is what makes this strangle of branches—when one looks to trees—so haunting. A vampire is on the loose—but she is not the cliché one imagines, but rather, an old woman who labors about in a cane and moves slowly in the night. When a young woman named Leone is bit, she falls ill and contemplates suicide.

The plot behind Vampyr is rather simple, yet the narrative is something otherworldly, as the realm of Carl Th. Dreyer’s storytelling resides within his ghosts, his use of shadow, and his skull-like imagery. This is where plot and narrative differ. Hollywood favors plot. Art favors narrative. Skulls line the shelves as decor in this ancient house, and their eyes turn amid the proper nocturnal hour. It seems everything haunting occurs at night. In rewatching this seminal classic, one can see not only the influence upon many films such as Mizoguchi’s Ugetsu (1954) but also Herk Harvey’s Carnival of Souls (1962). Both films include an eerie otherworldly quality, where we don’t quite know dream from reality. Shots set in shadow and fog, as well as the elusive ethereal—all contribute to the wonderment of dream from real. […]