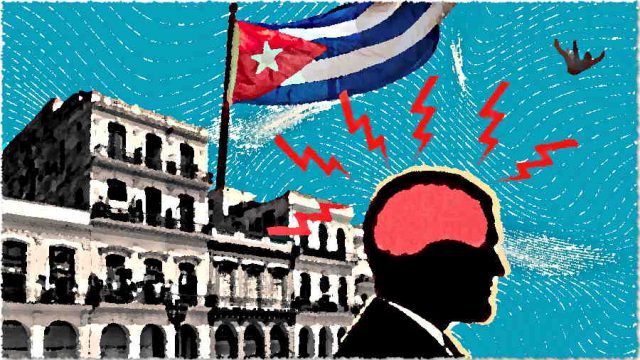 Imagine suffering tinnitus, visual problems, vibrations inside your skull, nausea, vertigo, insomnia, fatigue, and dizziness. You are understandably alarmed and immediately visit your doctor, who pronounces you fit and well. You get a referral to a more specialized physician, who runs quite a few very sophisticated examinations. She finally pronounces that you are in peak condition—fit and well. But the symptoms persist—excruciatingly so—to the point where you go to a renowned, top-of-the-line expert (you have excellent insurance!) and you are put through a battery of tests and procedure involving machinery you’ve only seen n sci-fi movies. After three days of expert investigation, the doctor gives you the results: You are fit and quite well, and he suggests a visit with a psychiatrist. Puzzling, frustrating and very worrying, right?

The symptoms were first reported in 2016, by U.S. and Canadian embassy staff in Havana, Cuba—thus the sexy “Havana Syndrome” moniker the media so adores. By 2017, more people, including U.S.  intelligence and military personnel, reported pain and tingling in the ears in other places, like China, New Delhi, Europe, and Washington, DC. The people in the Cuban embassy reported these debilitating neurological attacks and the Trump Administration called them “targeted attacks.” Those evil Cubans or Russians or Somebody had a secret, powerful “sonic weapon” to harm the Good Guys. Panic ensued. Fifteen Cuban diplomats were expelled from Washington, and most of the U.S. staff was withdrawn from the embassy in Havana. Five years later, more than 200 U.S. Government officials were claiming the effects of what came to be known as the “Havana Syndrome.” President Biden signed a bill which compensated the victims.  The victims of an affliction which, up to now, has no known cause, but has generated a wide variety of theory and pearl-clutching speculation about not just targeted attacks, but targeted attacks by a microwave weapon wielded by hostile foreign powers—Russia, in particular. In 2018, the Journal of the American Medical Association (JAMA) published a study of the 21 diplomats, led by Douglas H. Smith, Director of the Center for Brain Injury and Repair at the University of Pennsylvania. Smith and his team found signs of brain damage but no signs of impact to the patients’ skulls—a condition they called “immaculate concussion.” […]