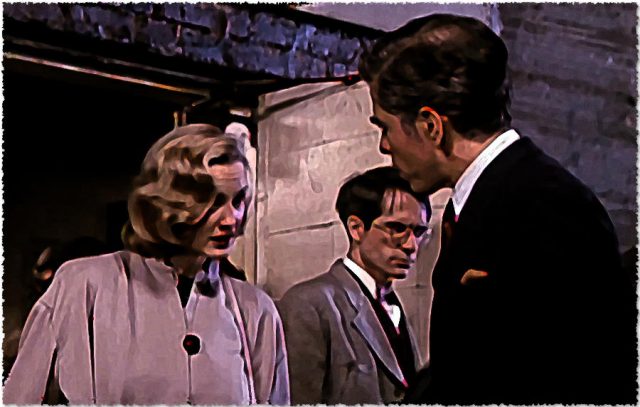 How often within biography does the tumultuous life of a person override that individual’s achievements? When someone who seems to have talent and drive is merely given a bad hand in life, as she is continually pressed under the brunt of bad luck and near misses? Frances isn’t a story about a near miss, as her circumstance seemed to be stacked against her from the start. Yes, she did have a combative personality and perhaps was too radical for her time, but events unfold so unfortunately that one might begin to wonder if something had it out for her. Turns out that something’s name was Lillian, her mother.

Jessica Langue plays Frances Farmer—a headstrong Seattle girl who at 16 wins an essay contest with an essay titled, “God Dies.” She writes, ‘It wasn’t a murder. I think God just died of old age. And when I realized that he wasn’t any more, it didn’t shock me. It seemed natural and right.’ Following her reading, she is condemned to hell by a woman in the audience. Yet others seem intrigued. The publicity leads to some stage opportunity and eventually Hollywood. However Frances isn’t really interested in becoming a Hollywood pinup, but rather, she views Hollywood as a ‘steppingstone’ towards Broadway. […]