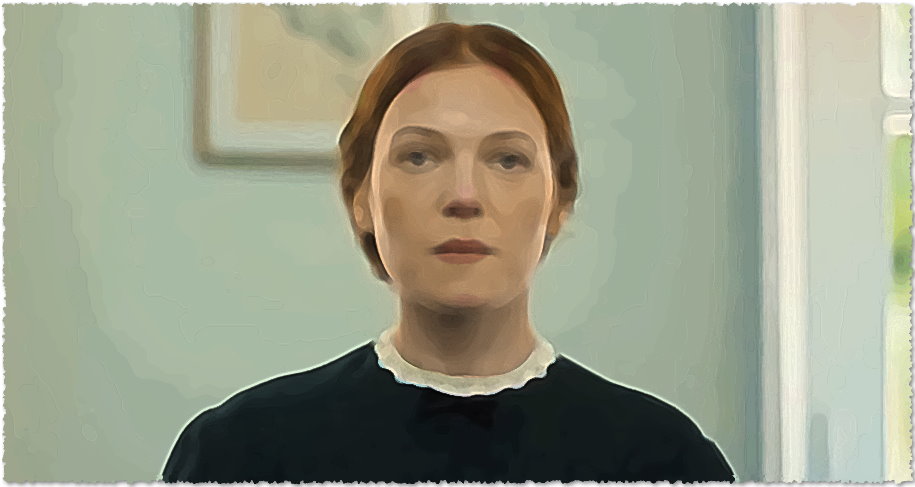 It is not easy to create a clever biopic on an artist, much less one that spent most her later years confined to her bedroom as a recluse. One of the many reasons that artist biopics fail is because the writer/director chooses to include too much—sort of a crib to coffin approach, wherein we are only given surface events, rushed timelines and bad accents. This, however, does not stop the artistic mind from occasioning these films as comfort. How many films on Van Gogh do we need? Is anything new uncovered? Any insights? Probably not, yet audiences will continue to witness.

So, one can imagine my delight in learning that there was not only a biopic on Emily Dickinson, but also one that is excellent in itself. One way to measure this is to ask if the film could stand alone without the biography. Is the writing enough to carry it? For Terence Davies’s 2016 film A Quiet Passion, it is. We all know the story of The Belle of Amherst—that she did not title any of her poems, that she used random capitalization, random dashes, that she would write on the backs of receipts and napkins, and dutifully organize her poems into collective heaps tied with string. She was known to wear only white amid her later years and up to the very final days of her death, to never leave her room.

Emily Dickinson is the first poet that ever moved me, and quite possibly the only poet that could have gotten me into literature at all. Sure, this is speculation, as perhaps I would have managed another entry into literary lavishness, but for me it was Emily. I even had the Julie Harris readings on cassette, which I would play as I slept. (Given to me on my 16th birthday, I believe.)

Terence Davies’s film is intelligent, witty, and operating on low budget. Highly dialogue driven, the set is simple and well contained, much akin to Dickinson’s life. Cynthia Nixon delivers a clever and humorous performance, as does the cast. Indeed, a film on this Victorian eccentric happens to also be quite clever. Granted, one might argue that the dialogue is perhaps too clever, that we know we are witnessing artifice, but does this detract from the experience? No. A Quiet Passion offers glimpses into Emily’s life with her siblings—both her brother Austin (rendered by an excellent Duncan Duff) and her sister Vinnie (played wonderfully by Jennifer Ehle) amid their daily routines, Austin’s unhappy marriage to Susan, as well as Emily’s nocturnal need to write.

‘You are alone in your rebellion, Ms. Dickinson,’ a young Emily is told by her headmistress while at boarding school. This rebellion, of course, involves her relationship with God, which is nothing less than complex. Yet despite her tenacity, Emily upholds great respect for her father—so much so that she seeks his permission to write poetry. I recall a beautiful line from one of Thomas Merton’s many books that said reading Dickinson was like ‘hugging an angel.’ The themes of religion, rebellion, and isolation recur regularly throughout Terence Davies’s screenplay, as well as Emily’s need to ‘guard her heart’s independence,’ when it comes to marriage. (Not to mention the loneliness she feels, in having to go without.)

Unlike other biopics involving writers, A Quiet Passion utilizes copious amounts of Emily Dickinson’s poetry delivered in voiceover. Too often an audience is forced to speculate into the mind of the creator, and we are left to wonder the quality. Emily kept her poems in high regard, and even published a handful in her lifetime. To think that she regarded her poetry as mere hobby is myth. In the film, when she watches Reverend Charles Wadsworth reading some of her verse, she tensely and eagerly awaits his opinion. (That he is favorable runs counter to the perception that women could not be as intellectual or as talented as men.)

Although Wadsworth has a small presence within the film, his role is important. There is an intricate scene between Emily and Vinnie, where it is implied that Emily has developed emotional attachment towards him. Given the support he shows her work, this is understandable. Yet Wadsworth is a married man and Vinnie chides Emily for her attachment. (Earlier, there is a scene with Wadsworth and his wife, wherein she claims she cannot drink tea. ‘I’ll have water,’ she says. Mr. Wadsworth follows up and says, ‘I’ll have hot water.)

It is this sort of playfulness that sets A Quiet Passion apart from the expected dour scenes harbored by the Sad Poet. In fact, one character the film spotlights is Ms. Buffam (played by Catherine Bailey) who much resembles Oscar Wilde in her wit. One of the many witty exchanges involves Ms. Buffam, Vinnie and Emily while they are sat at a party. Upon noticing an attractive young man, Ms. Buffam remarks ever so boldly, ‘Look at that divine creature over there. What a noble head he has, like a Roman Emperor—Nero,’ wherein Emily replies, ‘Let’s hope he is just as wicked.’

These women are Victorian and well mannered, but they are also sarcastic and sassy. At times, the performances come across excessively rehearsed, as though one is watching a stage play. Or in other words—engaging in artifice, rather than real life. I leave this up to the viewers to decide. Is it possible that dialogue can be too witty? Too quick in its verbal quips? I disagree. There are many ways to render a character and this is one. I address these points due to some negative reviews on Netflix by those expecting more a high budget, Hollywood-style film. This is not that. (And those reviewers are lazily dismissive, nonetheless.)

Why is Emily Dickinson such an important writer? An important figure? What is it about her that separates? Although I read her bio as a teen, I did not know (or perhaps I misremembered) that she suffered from epilepsy. This aspect is only touched upon, and that is a good thing. Unlike Iris (2001), which ruined the film’s intelligence by reducing novelist Iris Murdoch to an illness, A Quiet Passion handles these life and health events much more eloquently. Instead, Emily’s life is the focus—her baking bread, her relationships with her siblings, her father, her (lack of) God, her eventual reclusiveness, and her overwhelming poetry. This is simply one of the best biopics I have seen on any artist, notably due to Terence Davies’s ability to craft not just a clever character but a clever rendering of this era. After all, how does one construct a film on a person who sits most the time at night, crafting verse and isolating from the world? Invariably, with the right writing, it can be done.

More from Jessica Schneider: Curtains on the Wall – The Poetry of Hazel Hall, Contained in Captivity – Andre Tarkovsky’s “Mirror” (Zerkalo), Neglected, Rejected: Hilma af Klint in “Beyond the Visible”