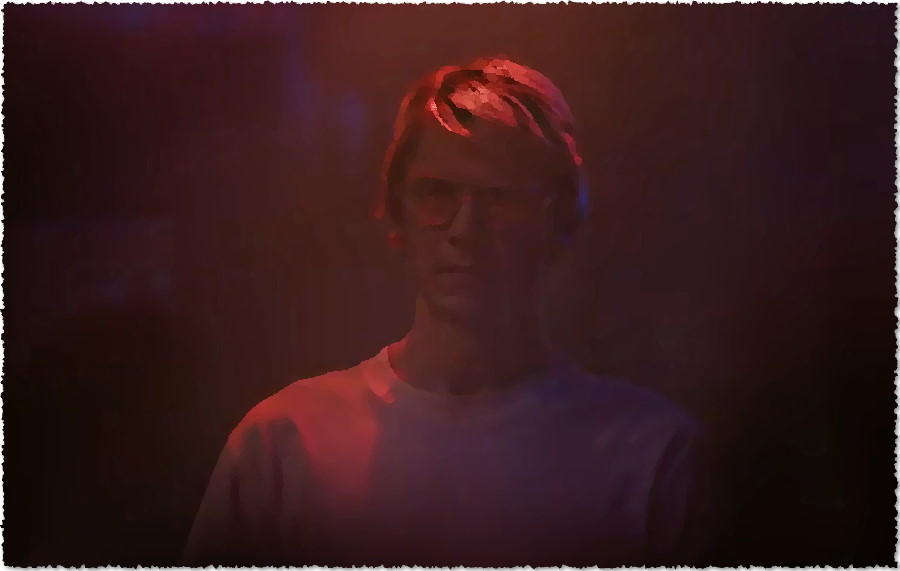 I have always believed that there is no subject too dark or grisly for one to explore. All topics, regardless of the comfort involved, should carry a freedom of expression within a work of art. This includes politics with which one might not agree, historical perspectives, and even murderers. If handled well, quality is certainly possible. However, with this comes the potential of over-indulgence. Is this topic worth a film, much less 10 hours of one?

Netflix has released Monster, its 10-part series on serial killer Jeffery Dahmer and just by the length alone, it reeks of self-indulgence. There have been other well-made works on serial killers, including previous films on Dahmer, which were good. My Friend Dahmer (2017), as example, is based on a novel by Derf Backderf and is told from Backderf’s perspective. In Netflix’s 2019 film on Ted Bundy titled Extremely Wicked; Shockingly Evil and Vile, the story is told from the perspective of Bundy’s girlfriend, Liz. In both instances, the outsider perspective offers a unique slant, as we only see as much as the limited narrator knows.

But the problem with Monster: The Jeffrey Dahmer Story is that there is no perspective. Instead, it is as though we viewers are just omniscient flies on the walls, and we know what is going to happen. The first episode, as example, involves Dahmer’s capture, wherein he lures Tracy (Shaun J. Brown), a young black man he meets at a gay bar. The first thing Tracy asks before entering Dahmer’s apartment is what is that smell? But Dahmer, in his flat affect, reassures that his fridge is broken and thus his pork chops were spoiled. Furthermore, his apartment is a living biohazard, with heads in the fridge, and frozen hearts in the freezer. His mattress, soiled with bloodstains, is where he sits to watch The Exorcist III. ‘I watch it every day,’ he says. Then he leans to listen to Tracy’s heart, only to then inform him, ‘I am going to eat it.’

Long story short, Tracy does get away, the cops come and find the body parts, as well as the barrel used to soak flesh in acid. Meantime, Dahmer’s next-door neighbor, Glenda Cleveland (Niecy Nash), has been calling police for months to no avail. ‘I called you! I told you!’ she protests. Living next door to Dahmer means she smells rotting flesh through the vent, hears hacksaws in the middle of the night, as well as screaming. Now, why didn’t the creators make Glenda Cleveland the focus? This would have been interesting. But instead, there are long, drawn-out sequences that don’t aid the narrative. The first episode, despite having a ‘thriller’ quality, isn’t necessary. And do we really need to see his childhood? His mother, Joyce (Penelope Ann Miller), was suicidal and addicted to pills and his father, Lionel (Richard Jenkins), is emotionally unavailable. They fight violently while the young Jeffrey looks on. Turns out the only thing that interests him is ‘taxidermy’—digging up road kill and dissecting the bodies. In fact, Dahmer’s childhood was better explored in the film My Friend Dahmer for the reasons above.

We get it, though. We want to know if there was something that could have spawned this behavior. His mother took pills while pregnant, his dad was rarely around, and meanwhile Jeffrey remains lonely and awkward, eventually slipping into alcoholism. Maybe that is the problem? Or not. Many grow up in troubled households that are even worse than Dahmer’s yet don’t end up serial killers. Are we supposed to feel sorry that he was an unmotivated, alcoholic loser? With age, he can’t keep a job, he flunks out of OSU in under one semester, he gets kicked out of the army (where he learned about the drugs needed to render his victims unconscious), he lives with his grandma, and this is where he begins his killing spree. (She too complains of the smell and doesn’t like that he brings men home at late hours of the night.)

Having said that, Monster does a decent job of spotlighting not only the racism, but also the homophobia involved. (More exploration of this would have been nice, however.) There is a reason the cops don’t want to listen to Glenda Cleveland, as the complex is known as a ‘crack house.’ We see how cops are too willing to listen to the word of a white man (with a criminal record no less, as by then Dahmer had been registered as a sex offender) over the word of multiple black men—all with no criminal records. Clearly, Dahmer chose to live where he lived on purpose. He knew that the lives of lower-income, black and brown people would fly under the radar (as opposed to Ted Bundy, who targeted affluent white women).

The best is episode 6, titled ‘Silenced’, which tells the story of Tony Hughes (Rodney Burford), a deaf, gay, black man who was an aspiring model and ultimately succumbed to Dahmer’s murderous whims. There are even moments that appear as though maybe Dahmer is considering a ‘friendship’ with Tony, as in, keeping him alive longer than his other victims. (Obviously not a very good friend.) It is a particularly sad episode, especially once we know the outcome. The silence is both a reference to Tony’s deafness but also the silence of Dahmer’s victims. Which begs me to ask again, why not have the story be told by Glenda Cleveland? Although she was not one of Dahmer’s victims per se, indirectly she was, as having him as a neighbor terrorized her. Truth be told, Dahmer’s victims, as well as those around him—all were more interesting than Dahmer himself. A lonely, alcoholic, unmotivated, murdering loser. What a sad, sad life.

However, this series likely has the best rendering of Jeffrey Dahmer I’ve seen. Played by Evan Peters, we see his unemotive responses, his flat affect, his awkwardness. He kills even when he doesn’t plan to. The later episodes (6-10) are stronger than the first 5, if for nothing else, we get other people’s points of view. We learn that his father blames himself for not being more emotionally present (‘I too had dark thoughts,’ he says), and that he regrets ever showing Jeffrey the road kill (despite this ‘hobby’ being the only thing that the young Jeffrey showed any interest in), to ultimately Dahmer’s own prison murder. (Frankly, I found the last episode unnecessary, yet I realize I contradict my above point.) In short, this series is too long. Way too long. And it still manages to fall short. If it had been half the length and spotlighted Glenda’s character (who is far more interesting than Dahmer), as well as more insight regarding the corrupt cops and their racist manner, this series could have potentially been much stronger. As is, its running time is longer than Masaki Kobayashi’s The Human Condition, which finishes at 9.5 hours.

There is an obsessive fascination that humans have with the macabre. I would have gladly welcomed a 10-part series on the life and career of an artist. Someone like J.S. Bach, for example, or perhaps detailing the lives of the Impressionist painters. Jeffrey Dahmer, amid all his murderous destruction, is more sick than interesting. What insights are gleaned into his narcissism? His psychopathy? Not many. Compulsions are compulsions because they are behaviors that are, by definition, repetitive. Episode after episode, this is exactly how Monster: The Jeffrey Dahmer Story feels. And if that’s what the creators were going for, then I guess they succeeded.

If you enjoyed this review of Ryan Murphy’s “Monster: The Jeffrey Dahmer Story”, consider supporting us and get patron-only content on our Patreon page. This will help the growth of this site, the automachination YouTube channel, and the ArtiFact Podcast. Recent episodes include a discussion of Ryusuke Hamaguchi’s “Asako I & II” and “Drive My Car”, a dissection of Elon Musk’s stupidest claims, and a critique of James Cameron’s Terminator films.