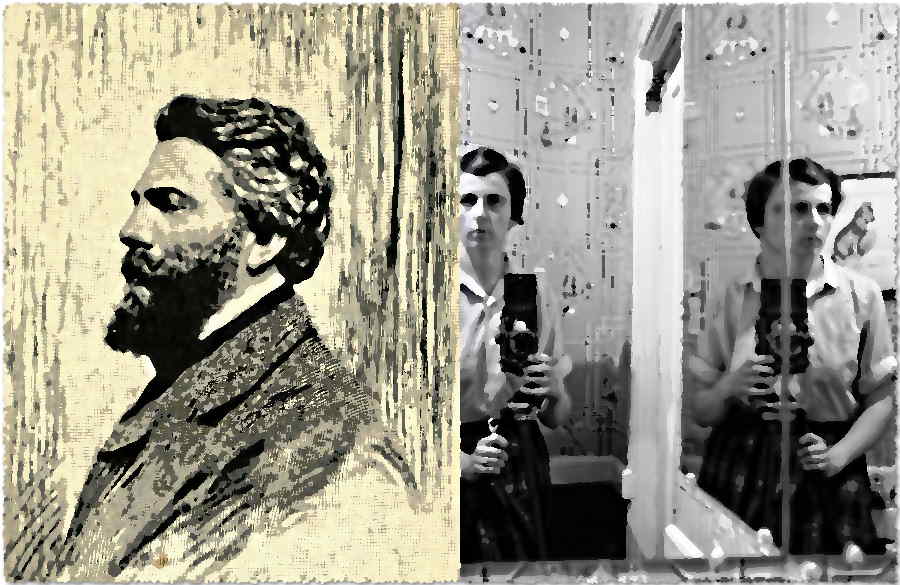 ‘We had no idea she was a photographer,’ said Vivian Maier’s employer. These were the words muttered during the filming of the documentary Finding Vivian Maier (2013). It is the story of a woman who spent her life working as a nanny to only then be discovered posthumously as one of the greatest street photographers. ‘We didn’t know some creative person lived here.’ I don’t suppose, however, that anyone might have seen her walking about with her Rolleiflex in hand? Might that offer a clue?

I have only had one person of authority ever recognize something special about me. My high school English teacher—Mrs. Vaughan—she could see I had writing talent. Not only a teacher—she was an artist herself. Yet other than she, no professor, no employer, no supervisor ever saw anything more than how I outwardly appeared. Usually lacking in confidence, I’d labor among only to repeatedly feel misunderstood and forgotten. ‘But you don’t know what people think—perhaps they did see more,’ one might suggest. Alright, I’ll humor this a moment. ‘I know you,’ one of my supervisors said. Admittedly, her words made me cringe. She meant well, but whom did she know, exactly? I wanted to inquire but did not. I was, after all, forced into subservience, as I wished to keep my job. So, rather than address it, I continued to feel shoehorned into a culture I felt I did not belong. God forbid if my passion points to creativity over corporation.

‘I gave you a recommendation [for a job], but I also said that you were no genius.’ These were the words a professor told me upon graduating. Why he felt compelled to say this I have no idea—I did well in his classes, after all. Why recommend me at all then? In a brief stint I mentioned my interest in writing, wherein he seemed to get defensive. And this isn’t the only time this reaction has manifested among insecure men. Another employer reassured me that I was ‘not a failure’. Thanks, but I didn’t think that I was. Too often, I feel myself having to hide my creative side from those in everyday work life. Everything exists as a point of comparison, I suppose. You can do this and therefore that is one thing less for me to do. And so it goes.

So why do so many artists hide themselves? Why didn’t Vivian Maier feel compelled to share her photos? Many might presume criticism is the reason, but it isn’t so simple. While it is true that Maier kept her work secret, it often takes another creative person to recognize that someone is also ‘one of them,’ so to speak. In American culture, many willingly define themselves by their job titles. Their identities depend on it. Thus, they project their standards onto those around them, including the unfortunate artist. ‘What do you do?’ they ask. ‘I write.’ They then presume that this is how I earn my living. ‘You asked what I did—you didn’t ask how I make money,’ I clarify. And yet, somewhere within I feel shame for not being like them. Not wanting what they want. Like them—a concept that feels both repulsive and alien.

Sometimes I wonder if Herman Melville ever got promoted to senior customs inspector. I can only imagine him dusting his jacket coat for that interview in the hopes that it might land him the formal identity he had craved for so very long. ‘You’re now our top customs inspector, Herm,’ his employer might have said. No longer a failure, I imagine he welcomed death. And sometimes I wonder if Franz Kafka ever went beyond his bookkeeping skills and segued into the exciting world of accounting. He was a weirdo, after all. And Van Gogh? A complete unemployed loser who sponged off his only brother. No wonder he cut off his ear. While there is nothing wrong with any of these professions—so to speak—the problem I have is with the perception. I doubt very much that Melville’s coworkers cared about that really big book about the whale. Would they even know if it? What more was Melville than a customs inspector in Lower Manhattan?

Artists tend to be very sensitive to perception. The great ones will often feel they have ‘something to prove,’ especially when ensconced in a world of binge TV, video games, celebrity gossip, Top 40 and gluttony. Who has time for artistry? In fact, many non-artists find it ‘unusual’ that I watch old films. (Which only makes me wonder when does a film become ‘too old’ for the Lowest Common Denominator? Is Ghost World too old? I mean, at least it is in color.) I can’t speak for Vivian Maier, but I can at least say that I feel that I understand her. The world is harsh as it is. For the artful, this harshness is only amplified.

Most artists have had to work regular jobs. With very few resting on their laurels, they have to push their way through the world that resists them. The world does not care. They do it and are none the wiser. Just as nature, the world is not cruel but indifferent. So what is the solution? Remembering that great art triumphs might offer some compensation, but knowing this does not solve the day-to-day frustration—(too nebulous). One must still wake and put her pants on and go to work. She must prepare to be overlooked. Misunderstood. Dejected. Too often, happiness eludes her.

The other day I went for a walk and I noticed a man sitting in my usual spot. Yes, my spot beneath the oversized tree. To avoid conversation, I remained off to the side. Alone, I wrote in my journal until some neighbor walked by. Then, within my private urgency, I closed it. Glimpsing momentary shadows—the artist underneath.

If you enjoyed this piece, check out the automachination YouTube channel and the ArtiFact Podcast. Recent episodes include a debunking of Internet sciolists such as Jordan B. Peterson and Christopher Langan, a breakdown of Elizabeth Barrett Browning’s Aurora Leigh, and a long discussion of photography from Alfred Stieglitz to Fan Ho and Vivian Maier.