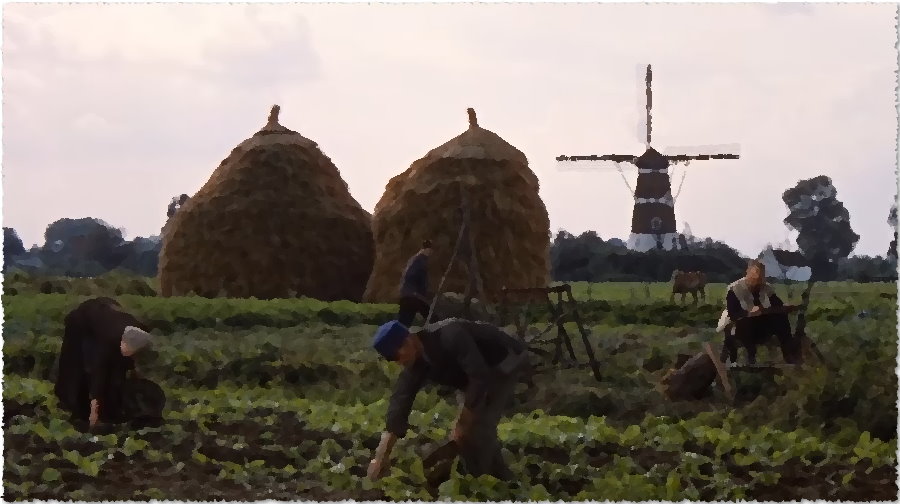 What inspires works about certain artists over others? From films to books to plays, why are some artists more culturally fetishized and others not? Well, the short answer is supply and demand—that as long as a subject is in demand, more of it will be supplied. A good example would be the numerous bios and books about Sylvia Plath. It seems there are three to four released a year, at minimum. Are they necessary? What insights are overturned? Van Gogh is another. He even made it into a Dr. Who episode. So why is this? Again, the short answer is that there is a demand. Also, it is no coincidence that both Plath and Van Gogh lived the short, romantic, ‘tragic life’ of the artist, which gives audiences a reason to wonder what brought about such suffering in the first place.

Van Gogh has had a number of films about him—from Vincente Minnelli’s Lust For Life (1956, based on the Irving Stone novel with the same title), Robert Altman’s Vincent & Theo (1990), Loving Vincent (2017), At Eternity’s Gate (2018), and also Martin Scorsese’s depiction of Van Gogh himself in Akira Kurosawa’s Dreams (1990). Of these films, I would argue that Vincente Minnelli’s Lust For Life delivers the best rendering, if for nothing else than the vibrant colors within, which much resemble Van Gogh’s painting. (One of the many stamps of Minnelli’s films is his often-energetic use of color.) Also, in terms of storytelling, the fact that the film is based on Irving Stone’s novel indicates that the subject will be rendered well, given Stone’s skill as a novelist.

In Lust For Life, Kirk Douglas plays a vulnerable Vincent, and it is a role one would not expect from the otherwise headstrong actor. Firstly, he is already too old for the part (albeit not as old as the sixty-something Willem Dafoe in At Eternity’s Gate. Odd choice, given Van Gogh only lived to 37). In addition, Douglas is not known for his vulnerable roles. It is rare we see him whine. But despite this, he carries the performance well, and we get a sense of Vincent as the empathic individual who longs to help the poor, but who then stumbles into painting as an aside. He is misunderstood and rejected and attracted to outsiders like himself. Living on the fringe of culture, just barely does he manage via the help of his patient brother, Theo.

Theo Van Gogh was important to Vincent. Not just personally, financially, and emotionally, but rather that there would be no Vincent were it not for Theo. The 2018 film At Eternity’s Gate offers a good depiction of a very loving and patient Theo who not only puts his brother before his own extravagant needs but is also there for him when Vincent is recovering in the sanitarium. ‘Am I a good painter?’ Vincent asks. ‘You’re not a good painter, Vincent. You’re a great painter.’ Words as this comfort the broken Vincent. In the world of art, Theo is a saint. He is the one, lone person who believes in his so-called failure of a brother. (A similar pattern can be seen with that of Lavinia Dickinson—the supportive sister who worked to safeguard Emily’s poetry.)

Probably the most interesting aspect of Vincente Minnelli’s film is when Vincent meets and eventually comes to live with Paul Gauguin (played wonderfully by Anthony Quinn). The two painters at first share ideas, but their styles soon clash. Vincent must paint outdoors, while indoors Gauguin can perform just fine. ‘How can you paint inside?’ Vincent asks, regarding the need for natural light. ‘I use my imagination,’ Gauguin replies. Both are competing to be the dominant painter, and there is a major clash of egos. Not to mention that Gauguin finds Vincent whiney and childish, while Vincent finds Gauguin too harsh and unsympathetic. ‘I feel every bit as deeply as you, I just don’t whine about it,’ Gauguin says. Their exchanges are the most compelling moments of the film, as they offer a layer with regard to one’s need for or lack of suffering. Why does Vincent self destruct in the Romantic while Gauguin is still functional amid the practical? One could make an entire film about the differences between these two men and their creative processes.

Greatly creative people are often greatly misunderstood. And this can be seen within the media, where the focus is always on the melodrama rather than the muse. We witness it within these very films, even that of Vincente Minnelli. Yes, we know that Vincent cut off his ear, but what of it? What distinguishes his work over others? 2017’s Loving Vincent takes a unique approach, where the story begins after his death. The cinematography much resembles a canvas, and we witness Vincent’s drawings come to life. It is a remarkable experience, despite the basic storytelling. Watching his world come alive as his drawings—this is quite possibly the closest we will get to witness his creative mind.

So, what is it about the artist biopic that interests, despite knowing that little insight is likely offered? Perhaps we’re in it for the experience—we wish to know what it might have been like for that person in their lifetime. Was it any easier then? Or maybe we’re seeking a sort of solace, as in, we now know that we’re not the only ones who feel alone. We’re not the only ones who have been overlooked. (I use the term ‘we’ with the presumption that most reading this have at minimum dabbled in the arts and therefore can relate.) Personally, I know this. Instead, I would like to witness a work that delves deeply into the creative mind—and not the clichéd ‘maddened’ mind that is too often portrayed, but something that could offer insight into creative craft.

We experience great craft each time we visit the work of any great artist. For Vincent—he was an artist deeply troubled, yet his work grounded him. It gave him structure, routine. Yet he felt that he could only paint what he saw—hence his need to frequent the outdoors. He needed nature. Yet Gauguin did not feel this. He could paint from his mind. It is unlikely we will ever know why, but that their differences exist only adds to the nuance among creative minds. Perhaps the answer is in the title of Stone’s novel. It is not about the love of life but rather, the lust of it. Lust is defined as appetite, passion. It is brief and intense, but we know it happens. We feel the aftermath. Intensity is something all artists share. They live not just to love but also to create. Without the artful drive, they might as well not be alive. Hence, their lust for life. Therein lives the clue.

If you enjoyed this review of Vincente Minnelli’s film, check out the automachination YouTube channel and the ArtiFact Podcast. Recent episodes include an interview with singer Eva Schubert on writing good songs, an in-depth look at Elizabeth Barrett Browning’s “Sonnets from the Portuguese” with poet Joel Parrish, a philosophical look at kitsch, aesthetics, and NFTs with UK painter Ethan Pinch, and a long discussion of photography from Alfred Stieglitz to Fan Ho and Vivian Maier.

More from Jessica Schneider: Choose Your Quarrel: Why Creativity Can’t Be Taught, Without Rain: King Hu’s “Raining in the Mountain” (1979), The Sloven Dream Set in John Huston’s “Fat City” (1972)