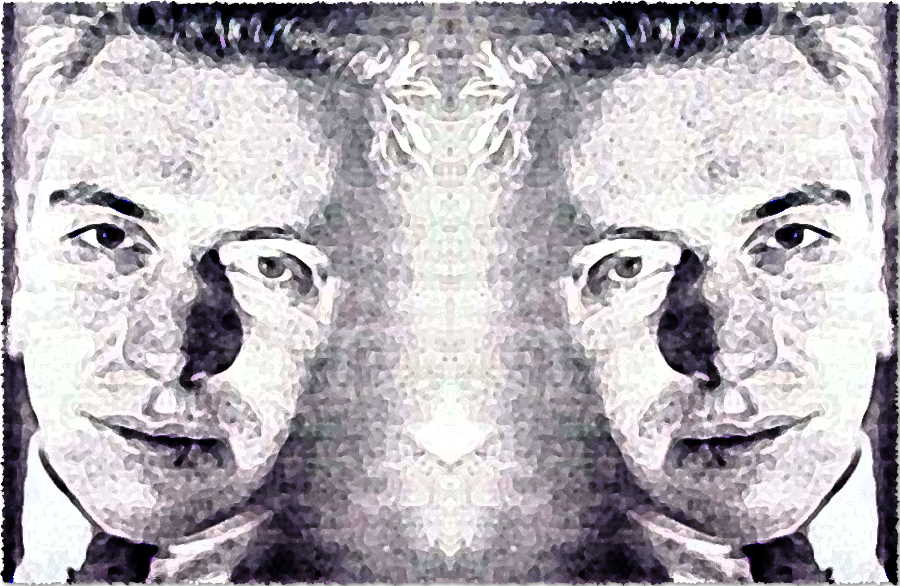 The world is not a painless place, especially if one is an artist. On one hand, artists are often inundated with rejection, and so they regularly feel misunderstood. Of course, this difficulty is in no way limited to artists, but for the sake of brevity, I will be focusing solely on the artistic mind. My initial intention was to write a distillation on Hart Crane, but I found myself distracted. Such vision requires a sharp set of eyes. And so, as result, I diverted my focus to where it wished to go. Hart Crane is good for discussion, since he is not only known for his so-called ‘difficult’ verse, but for his suicide, wherein he jumped off the side of a ship and plummeted into the Gulf of Mexico at age 32.

In many respects, this is a cliché—the tortured artist who dies young, but in the case of Hart Crane, it goes further. After all, 1932 was well in midst of the Great Depression, and many were struggling to find work. Bread lines, soup lines, foods were scarce. In addition, Crane was an alcoholic, his father’s business was failing, he was continually overwhelmed by his mother’s emotional needs, his homosexuality was a battle in a time more discriminatory, and would he have a job upon his return to the States? Amid such uncertainty, one can ascertain that all this grew into too much, and so Crane ended his life just before noon on April 26, 1932. He was tumultuous, troubled. Yet most accounts from those who knew him portray a gentle, albeit struggling soul who took on the burdens of others. Yet, despite his enormous talent, still this was not enough, as talent doesn’t guarantee love. People will still come and go, and for someone like Crane, the feeling of abandonment proved more than he could take.

When I’ve interacted with young writers, I find that many are stuck with not knowing what to write, or even more so, that they don’t even know what they want to write. Often, they remain paralyzed within some nebulous attempt to create something ‘great’ (whatever that is), rather than to create something unique unto their own experience. I often tell them that if they are struggling with a topic, to move onto another. And I mention this because this essay is an example of me heeding my own advice. ‘Why do you want to write?’ I will ask. Often, they don’t have an answer. Then why create? Usually, the reason involves something ego-related. Someone struggles socially—that is, he wants to ‘prove’ his worth or specialness. He wants something that distinguishes him from his family and elevates him above his peers. He is seeking validation, in other words. And with one’s motives pointed outward (as opposed to inward), this is why said struggling writer will continually struggle with what he wishes to say. (Add with that the resulting isolation, the social crippling, and no wonder many are depressed.)

“At Melville’s Tomb” is one of Hart Crane’s early great poems that incorporates the exact amount of admiration and detachment for a subject. Of course, Crane was no stranger to the literary experience, where he often wrote of others—Emily Dickinson, Shakespeare, Charlie Chaplin, to name a few. And when thinking of Melville—the so-called ‘failed writer’ who eloquently expressed his maritime experiences—he too was depressed. Working as a customs inspector in Lower Manhattan, and dying a ‘forgotten, failed’ writer, was this a lifelong fate that Crane also wished to avoid? Alas, onto the poem:

Often beneath the wave, wide from this ledge
The dice of drowned men’s bones he saw bequeath
An embassy. Their numbers as he watched,
Beat on the dusty shore and were obscured.

And wrecks passed without sound of bells,
The calyx of death’s bounty giving back
A scattered chapter, livid hieroglyph,
The portent wound in corridors of shells.

Then in the circuit calm of one vast coil,
Its lashings charmed and malice reconciled,
Frosted eyes there were that lifted altars;
And silent answers crept across the stars.

Compass, quadrant and sextant contrive
No farther tides…High in the azure steeps
Monody shall not wake the mariner.
This fabulous shadow only the sea keeps.

One strength of Hart Crane’s poetry is his use of memorable modifiers: ‘portent wound’, ‘circuit calm,’ ‘frosted eyes,’ ‘azure steeps,’ wherein also his rhymed ends exist independently and naturally. They do not feel forced. This poem is a wonderful Romantic homage to Melville’s image—the idea of shipwrecks, the lashing of waves that devolves ultimately into ‘This fabulous shadow only the sea keeps.’ This poem has a haunting quality that references the secrets of the sea—those places that hold us, and yet we will still have no say. Perhaps the same could be said of Crane’s suicide.

Literary ‘friendships’ are not easy, as it is typical for one to feel regarded as merely a ‘writer’ and not a person. As example, when that writerly individual is no longer writing, he likewise will no longer be interested in corresponding. This leaves one feeling alone. Yet it is clear that in his final months, Hart Crane was suffering. But was anyone listening? Or would the world continue to stifle within its lack of eloquence? Indifference? Crane worked as a copywriter for a New York newspaper. In an interview, his manager admits that he was good at his job, but he was not the best. Crane longed to find beauty in the world, and to distinguish himself from his father’s goals and his mother’s emotions. He tried his best to separate from his Akron youth. Those who speak of him do so in a careful, affectionate manner. Filmed 30 years after his death, this documentary is every bit an archival piece as Crane’s letters themselves. All readers need to watch it.

In undergrad, I was instructed to always refer to writers in the present tense. ‘Crane is a poet who…’, (I can always open my Complete Poems of Hart Crane and find him there.) So in that sense, all writers are omnipresent. But Hart Crane was a person, too. The artist remains immortal, yet the flesh—no so much. Admittedly, I can’t help but wonder what happened to his body—after all; it is not like the fish are going to discriminate. As morbid as it sounds, to swim in the Gulf is to swim within Crane’s tomb. Life in 1932 could not afford him a burial.

It can be difficult to remember that there lives more beyond what we immediately see. So much goes on regardless, without our say. Our thoughts swim within the nebulous world and its overwhelm. Thomas Merton mentioned that there is beauty found in the ordinary. For an artist, this becomes both easy and impossible to see. Where lives creativity? After all, does the ordinary exist to comfort or to crush? ‘We don’t see things as they are, we see them as we are,’ Anaïs Nin said. This is perhaps her most insightful quote. Crane speaks about ‘silent answers’ within his poem. Existing within the present tense, he is here, regardless. What of it, then? What of him? I can’t offer any answer. A bird balances upon the high tree. But shift within the right manner and perhaps your eye might find it.

If you enjoyed this analysis of Hart Crane’s “At Melville’s Tomb”, consider supporting us and get patron-only content on our Patreon page. This will help the growth of this site, the automachination YouTube channel, and the ArtiFact Podcast. Recent episodes include a comparison between Thomas Pynchon’s Gravity’s Rainbow and Kurt Vonnegut’s Slaughterhouse-Five, a survey of photography from Josef Sudek to Laura Makabresku, and a discussion of Hermann Hesse’s classic novel, Steppenwolf.