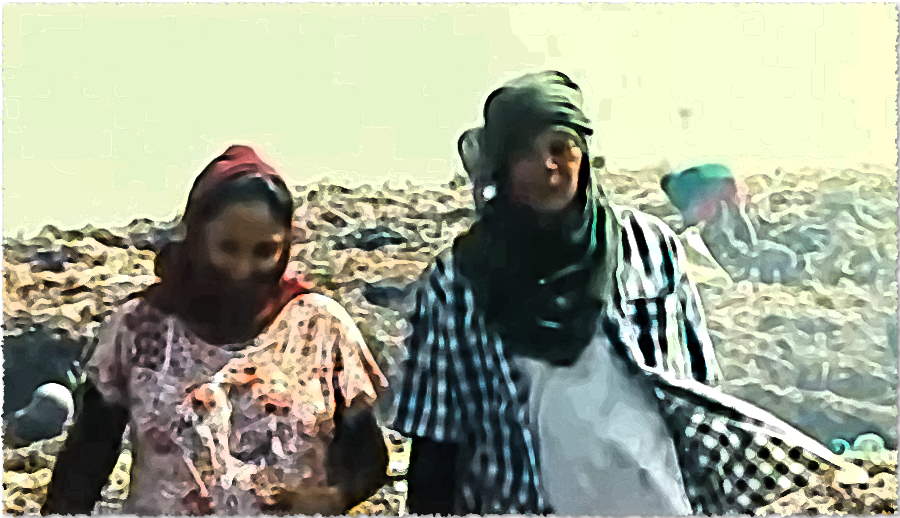 We were constant borrowers. What we wanted, we only had for an allotment of time, and most of what we thought was ours eventually found its way in the garbage heap, in the donation bin, or abandoned in a storage unit we’d never return to. Our real possessions were the practical things: kitchenware, furniture, clothes, tools, school supplies. Like any good nomadic clan, our subsistence was largely makeshift, and when we moved, we took only what we needed, and whatever else we could carry on our backs. Leaving a trail of cramped apartments, occasional houses, and, once, a single-room office space in San Bernardino county, home was, out of necessity, a state of mind, for it was only in the realm of thought that something like permanence could be established.

Even our toys (a huge box of action figures and the like, collected over years, and more than enough to go around for five siblings – oh, the miniature wars I staged with that miscellany!) were eventually discarded, left in a shed in a stranger’s backyard, for either some random kid’s enjoyment or the rot of wear. Many people still own sentimental items from their childhood: adored playthings, little gifts from a beloved friend, and other such keepsakes that those not very given to nostalgia learn to forsake when maturity hits. I’m a sentimental person, by nature, but I have nothing from my childhood still with me, apart from what I can remember.

Departure turns old hat. Bereavement becomes routine. When we mourned for whatever we were leaving, our tears were often lectured dry. Our parents, after all, had it harder, for the Philippines, more than a motherland, was the gauntlet through which our forebears learned the worth of pain. So what use was crying when our betters in suffering faced loss with such stoicism?

Yet, when turning their voices back to youth’s distant archipelago, they would, at times, betray themselves in bouts of wistfulness. They couldn’t face us, instead directing their eyes to some recovered vista, or blinked rapidly at a child’s hurt boomeranging up from sub-equatorial zones. What I once perceived as stoicism was simply a dense package labelled FRAGILE, over-layered in battered cardboard, and tumbled through enough ownerships that a firm sense of its origins was obscured, immune to tears but impossible to unwrap.

It was too repugnant for us, the previous generation’s aversion to vulnerability. Nevertheless, we learned this procedure in our own ways. When I desire, I desire strongly, but my upbringing taught me (with the snap of a leather belt, or the crack of a harsh word) that feelings are so often mastered by circumstance – and what is kept, for now, is never kept, for long. How my yearning became enmeshed in loss, and my sweetest memories defined most clearly by their irretrievability…

In Adolfo Alix Jr.’s Isda, or Fable of the Fish, the city’s inhabitants scrounge for scraps in sheer hills of trash. Fires vary across the junkscape. An elderly couple, Lina and Miguel, are bereft and have left the province and come to city with the help of Miguel’s younger cousin, renting out a dilapidated shack in the slums. Miguel takes a job in the ice works, and Lina joins the hunched, masked crowds in the trash-hills, using long metal instruments to hack out potential valuables.

Their surroundings are dour but they seem content with one another. Miguel adopts a stray kitten, caring for it as he would a child, while Lina gossips with the other wives, desire for a child of their own evident on her face as such talk is bandied about.

And then, despite her advanced years, Lina becomes pregnant. The couple is surprised, yet pleasantly so. In the midst of their deprivation it becomes a conjoined hope, this child – she wants a daughter, he wants a son, but the gender is inessential, ultimately.

Then, in the furor of a typhoon, Lina gives birth – and ejected from between her pains and the hands of impromptu midwives, plopping into the depths of their flooded shack…

She names him Miguelito, for his father. She keeps him, at first, in a tiny bowl, doting after his every micro-veer. Their neighbors chat about the miraculous nature of this event, but come to accept it nonetheless, if a little credulously. One has to go on and work, after all, and what of it, if Miguel and Lina’s son has gills, fins, and wouldn’t look out of place roasted on a plate? There is nothing deceptive about her smiles, and the adoration she heaps upon him.

A TV reporter descends into the urban squalor, scrunching her nose at the smells, in order to get the scoop on the woman who gave birth to a fish. Miguel scares them off with a hammer, but Lina assents to an interview. Her inability to explain this aquatic conception cannot outweigh the love she feels for – yes, her one and only son.

Miguel, however, cannot believe that he played a part in what must be some divine scam. Mystified by his wife’s behavior, he swims in alcohol and avoidance, treating his wife to silences and, at a crucial point, veers on the water’s edge of dispelling her delusions for good.

Fable of the Fish is magical realism at its most matter-of-fact. No long, theological debates about the veracity of Miguelito’s birth, here, and very little psychology is plumbed other than simple displays of the raw proclamations/behaviors of the characters. Cherry Pie Picache and Bembol Roco (star of Lino Brocka’s seminal 1975 film Manila in the Claws of Light), respectively, shade in Lina and Miguel’s inner lives with convincing, if not altogether moving, performances. They aren’t given much to work with, considering the spareness of Adolfo Alix Jr.’s film – the whole production clocks in at a mere 85 minutes.

It is this spareness, perhaps, that’s most disappointing, once one gets past appreciating the “realism” (countered by a baffling stroke of good fortune, regarding a hogtied corpse in the junkscape) of its magical realism. It offers up a nigh-hilarious oddity, immersing it in a gritty, workaday environment, which then opens up some intrigue: the arrival of the news crew (very) faintly echoes the Virgin Mary sequence in La Dolce Vita; the neighborhood’s befuddled acceptance of milkfish Miguelito speaks to the immediacy of their material survival above even miraculous goings-on; and what of the extinguishment at film’s end? The sincerity of Adolfo Alix Jr.’s direction and the two leads’ performances valiantly fend off its mawkishness, as we are left with the resounding hollow tone of morality that often accompanies magical realist tales, as in the worst of Gabriel García Márquez. Intriguing possibilities, yes, but nothing much beyond that.

But is Lina’s desire so alien? Is her love of her son (Miguel’s aversion must, in large part, stem from the mother’s enthusiasm to connect the fish with its father through name, perhaps symbolizing Miguel’s own sense of insignificance) so misplaced, when an opportunity to adore, and endear, arises among the mounds of slag?

Maybe the film’s most salient point is the idea that the bereaved, the deprived, really do make the most of what they have, and that desire trumps detritus; is, indeed accentuated by it, unmindful of the refuse.

When we had almost nothing, cloyed together in the swelter of dispossession, seven on a single air mattress, hearing the city veer around us, it was enough to simply want, you see. That was the realm of thought – of dream – and in such domains, no desire is refused, and one can demarcate away the rest of reality, until only the wish remains, and reigns.

I dreamt of big houses. I had a pet, one we could actually keep, who followed me around and nuzzled my hand. Everyone smiled in that place without any tightness, there was no subterfuge to the joy. There was room enough for everything we wanted, for animals and friends who stayed, who enviously remarked on the things we called ours. It was not easy to leave a thing behind, there. Permanence –

Then: morning. And the next city, the next temporary address, the next cadre of faces we’d endear then abandon.

We didn’t understand what was happening to us. How could we? One wants, as a child, and one grieves, until the next happy thing occurs, and yesteryear’s pain becomes so easy to store aside, to almost forget. Rent, in some form, was always due, and you couldn’t fret about your loss for long. There were always other doors, and home was what you carried with you. You want more, but so what? You want more, but you move on – and they’d drag you, or else.

And when you looked up, trying to match gazes, they would always be staring away, out of the shuttered gap, across oceans, and towards unreachable ages, where desiring forms moved through hills of dirt and fire.

If you enjoyed this review of Adolfo Alix Jr.’s “Isda”, or “Fable of the Fish”, consider supporting us and get patron-only content on our Patreon page. This will help the growth of this site, the automachination YouTube channel, and the ArtiFact Podcast. Recent episodes include a comparison between Thomas Pynchon’s Gravity’s Rainbow and Kurt Vonnegut’s Slaughterhouse-Five, a survey of photography from Josef Sudek to Laura Makabresku, and a discussion of Hermann Hesse’s classic novel, Steppenwolf.

More from Ezekiel Yu: Where They Want To Be: On Tom Noonan’s “What Happened Was…” (1994), Time Relaxes: On Richard Linklater’s Boyhood (2014), Rilke’s Late Winter