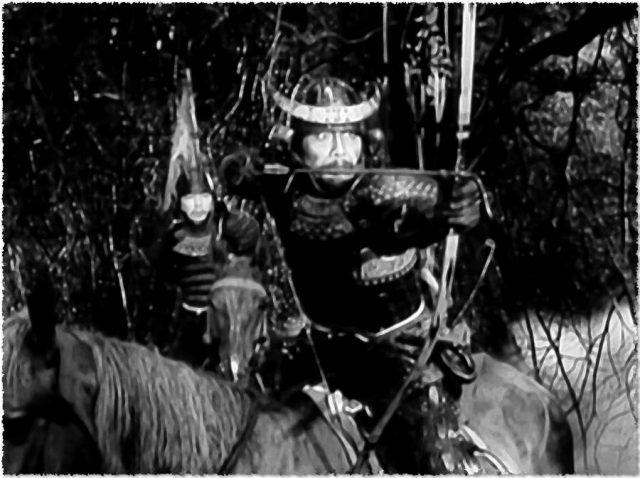 The difficulty in transcribing Shakespeare is in the stylistic qualities. Shakespeare’s characters and themes are endemic to culture, so a straight adaptation risks being old-hat. This necessitates either a gimmick like Baz Luhrmann’s insufferable Romeo + Juliet, with its .45 calibre thumb-biting, on the one hand, or potent cinematography on the other. Throne of Blood (Kumonosu-jō) by Akira Kurosawa is widely held to be the best adaptation of Macbeth, and is in the latter category of cinematic potency. While the context is moved to feudal Japan, the real elevation of its source material occurs in its ethereal, dream-like and unsettling atmosphere.

Adaptation can fall flat when the focus is purely on transferring the plot of the source material – what makes a great adaptation can be found in retelling a story using a different toolset and collection of stimuli. By translating a work of dramatic prose, you have to eliminate statements and replace it with implication, and texture. This is true in all the widely regarded great adaptations, from The Shining and Apocalypse Now to Naked Lunch. While keeping the elusive soul of the work alive, they can’t ever hope to imitate its manner of expression. That’s where the director’s own proficiency comes into play and becomes pivotal.

And this is where Throne of Blood shines – in its recognition of the vital qualities and the complete exerting of its own voice over the tertiary qualities. Kurosawa recognises the strength of acting required from each player and gives them ample room to manoeuvre. The camera floats lazily, some beautiful shots including the Lady Macbeth analogue, Asaji, walking from shadows with a basin of poison. By allowing a still and uninterrupted capture of an actor’s performance, it almost stimulates a different lobe of the brain from normal cinema-imbibing. There’s the unreal, and the real, and the highest achievement of the movies is to make the former feel like the latter. […]