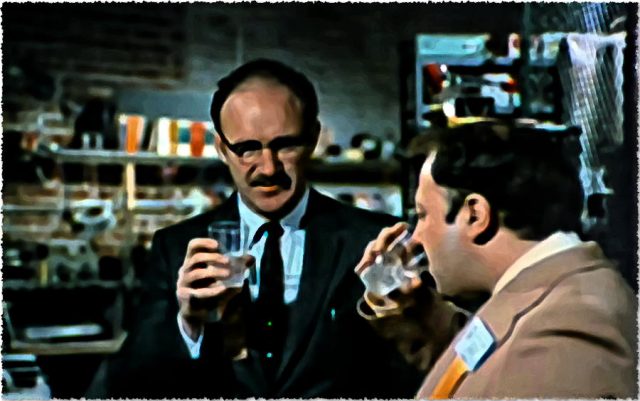 Francis Ford Coppola gained his reputation through fastidiousness and dedication. Hearts of Darkness, the explosive behind-the-scenes documentary made partly in parallel and then in retrospect with Apocalypse Now, portrays a director with vision, but one wrestling with his own ego, pretentiousness and darker nature. His obsessive tendencies towards filmmaking are evident in a lot of his earlier works, culminating in Apocalypse Now, after which his filmog descends into nothing but laissez-faire mediocrity and stunning failure. This dramatic rise and fall could, and has been, attributed to the nightmarish production of the aforementioned Conrad reinterpretation.

The Conversation is an achievement foremost as a work of character insight, with Gene Hackman delivering a formidable performance as Harry Caul. Caul is an engineer who considers himself an artisan. His field is surveillance – specifically, the recording of dialogue between guilty parties. We open with him organising an impressive feat of monitoring on a young couple in a bustling city square, who seem to be concerned that the woman’s jealous and influential husband will off them if he ever finds out about their infidelity. The contract is for said jealous husband. Through using a sniper-scope and directional microphone, and several actors and hidden bugs, Harry manages to capture the damning evidence. […]