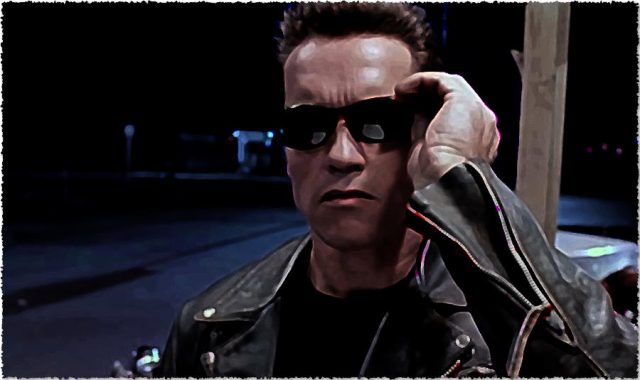 I recently reviewed Richard Linklater’s Before Trilogy, wherein I noted the hardening of Celine’s character. We see her in the first film, where she goes from a Romantic idealist, to the third film, where she expresses both disillusionment and anger within her marriage. While Celine’s evolution is not as extreme as Sarah Connor’s (Linda Hamilton) in James Cameron’s Terminator series, over time we witness both women engendering a toughness to their respective characters.

The first Terminator film is well-crafted, excellent sci-fi. While it lacks the emotional and intellectual depth of Terminator 2: Judgment Day, craft is still omnipresent. My reasons for wanting to review The Terminator films alongside Bergman, Bresson, and Tarkovsky is not to make claim that they rank among those other auteurs, per se, but rather to debunk the notion that 1) Hollywood commercial films can’t be great; and 2) if something is an action film, then it must immediately lack depth. While I do think that most sci-fi genre is trite and doesn’t qualify for the greatness canon, with well-sketched characters, transcending the genre is most possible. Also, the other problem I have is sci-fi lovers who rank ‘plot-driven’ narratives above everything else. (Were that true, there would be no reason to ever rewatch anything.) […]