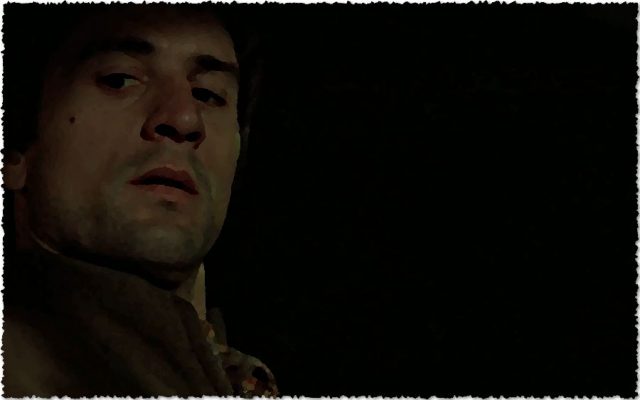 There are few films that encapsulate loneliness as well as Martin Scorsese’s Taxi Driver. Two others that come to mind are Woody Allen’s Another Woman (1988) and Terrence Malick’s The Thin Red Line (1998). In the Allen film, a woman turning 50 comes to realize that she has pushed everyone away, and in the Malick film we witness how war isolates the spirit from the mind. And yet Taxi Driver is not only the portrait of a weathered man facing his own war, but one who attempts to connect and fails every time. Travis Bickle (Robert DeNiro) works at night and so his world is dark and violent. ‘All the animals come out at night,’ he says, as he looks on with contempt and disgust. Still, he longs to belong somewhere but does not know where that is.

For start, we do not know much of his past, other than he is an ex-Marine who was honorably discharged in 1973. As for education, ‘a little bit here, a little bit there, ya know,’ he says. We don’t know his parents or how he came to be other than his wish to escape his life via working long hours in a taxi. People enter his cab and then they depart as quickly as they came. There are no attachments. Then, when it is morning and his shift is done, he is forced to wipe the semen off the seats before he escapes to a porno theatre. […]