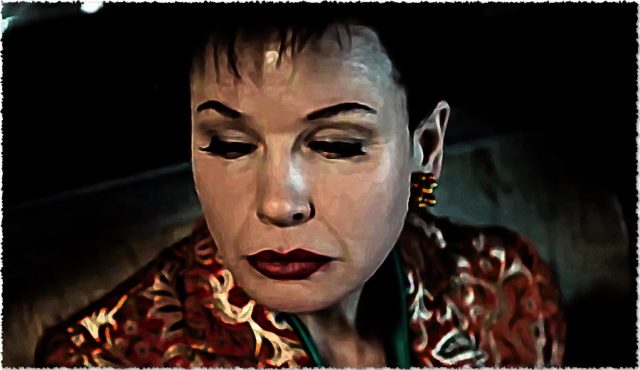 There is no business like show business, as the saying goes. In it, life for the performing artist is a continual stage—birthed from competition and endless rehearsals. With such a schedule, when can one be given a chance for pause? And where does the performer end and the person begin? Just days before watching Rupert Goold’s Judy, I watched Richard Attenborough’s A Chorus Line (1985). I remembered that film from my youth and it is, if nothing else, one long rehearsal. The same could be said for Judy Garland’s life.

Garland, born Frances Ethel Gumm, began performing at the age of two, along with her sisters. The trio were known as the Gumm Sisters, but they eventually changed their name to the Garland Sisters, when reviewers’ kept misspelling Gumm. Judy, the youngest, was also the most talented of the three. And as anyone familiar with the early MGM film industry, she was one of many who had drugs forced upon her by age 13—uppers and downers, not to mention forced dieting and studio insults, all which contributed to her depression. It is without any doubt that her early years contributed to the chronic low self-esteem she’d suffer throughout her life.

Renee Zellweger portrays Judy, and she does so with just the right amount of accent and vulnerability. The film, which focuses on Judy’s final year while performing in London, skips over many of the events that make her life interesting. Zellweger, however, gives a convincing rendering of the troubled singer, all the while acknowledging that many who know and knew her only admired the performer but did not care to know the person. […]