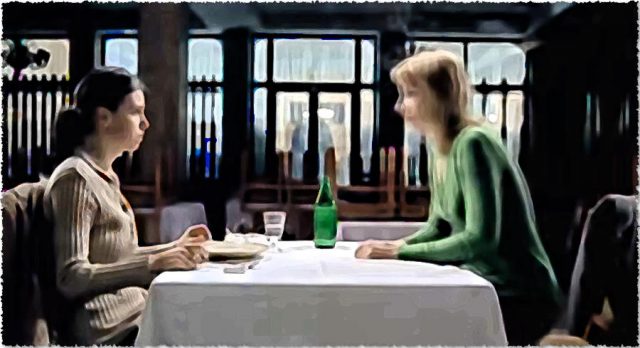 It’s not every day you watch a film because of what’s in the news.

I first watched Cristian Mungiu’s 4 Months, 3 Weeks, and 2 Days probably around 2012 when it was streaming on Netflix. This was back when Netflix carried good content, and often I would peruse foreign, independent films that would give a glimpse into different cultures and times. This is one of those films, which now is streaming on The Criterion Channel. Upon watching, I recall thinking how horrible it must have been to live in a time not that long ago (1987) when abortion was unavailable and punishable by law. Then, on Friday, June 24, 2022, Roe v. Wade was overturned in a 5-4 Supreme Court vote in the United States. A constitutional right had been taken, thereby leaving many women feeling helpless, government-owned, and less of a person. Now, the events that unfold within 4 Months are very much a reality.

Cristian Mungiu directs this 2007 Romanian film that is very forward-moving and well-acted. Taking place over 24 hours, there are no fancy shots, and the cinematography is rather stark. The era evokes oppression, both by the people who perfunctorily move about, and how the landscape seems to contain them—consisting of rundown flats stacked upon one another. The story is simple: two college girls live together and one (Gabita, played by Laura Vasiliu) has fallen pregnant. She needs an abortion, but what does one do when it is illegal? Her friend Otilia (Anamaria Marinca) helps her—a bit too much, in fact. They secure a room in the city, but barely. They have a man come to perform it, but not before an ‘arrangement’ is worked out. The abortion is successful and the fetus is disposed of. The women then agree to never speak about it. […]