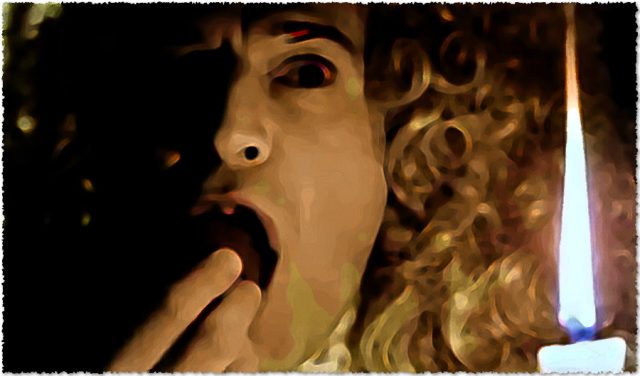 Peter Greenaway’s The Draughtsman’s Contract doesn’t immediately offer itself up for easy assessment. There is much that’s attractive about it: the exaggerated period design, the score’s well-done pastiche, and incredibly mannered dialogue and acting serve well to conceal the narrative’s darker forces. And it’s certainly a dark affair, with its lust-fueled designs and intimations of murder. Murder so artfully concealed throughout the course of the story and which, as the denouement approaches, becomes more and more a grim actuality.

But don’t let yourself be fooled by all the feints and quirks (rather, simply view them for what they are) – it’s a very good film, and a funny one, too, perhaps kept from leaping over the bar into greatness by its distractions, visually appealing as they might be.

The Draughtsman’s Contract, set in 17th century England, begins simply enough: Mr. Neville (Anthony Higgins), a draughtsman as well as an arrogant rake, is beseeched by Mrs. Virginia Herbert (Janet Suzman) at a soiree to complete a series of drawings of her husband’s country house, Compton Anstey, while he vacations elsewhere. Mr. Neville accepts, but only on the stipulation that he is allowed to use Mrs. Herbert’s body for his pleasure during the course of his employment. She is visibly appalled, but relents, for she professes a desire for reconciliation with her husband, which should in some way be brought about by these drawings. Already, things seem awry, what with all the hushed exchanges and gossip that inundate the opening scenes, and this most disquieting of contracts. […]