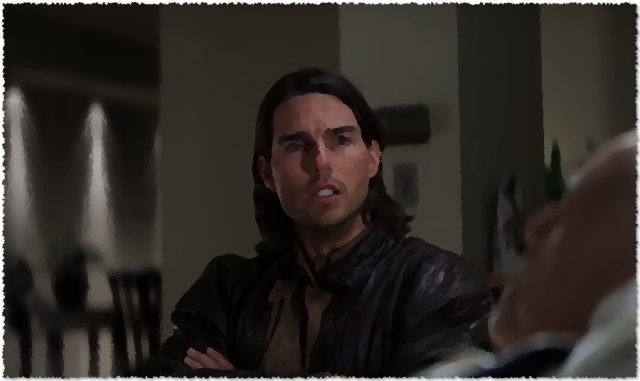 The central conceit of any movie can be flawed and flimsy but justify itself within its execution. For instance, media based upon the themes of the Book of Job are innumerable, from Kafka’s The Trial, to the Coens’s A Serious Man to even Tommy Wiseau’s The Room. This doesn’t make the movies equal in their technical expertise. A movie’s quality just can’t be equated from its elevator pitch – premises are dangerous, as they can often cause the artist to become fixated on the unimportant qualities of their content. In fact, artists are often uncertain of why their output is good at all and are unable to replicate previous quality due to drawing only false conclusions. An artist’s self-opinion is very rarely trustable, as it can be influenced by third parties with different agendas, from sycophantic agents to frothing pundits and mega-fan bros.

In no movie is this as demonstrable as in Magnolia, probably the wackiest of Paul Thomas Anderson’s filmography. The off-kilter concept arose from the film being his follow-up to Boogie Nights, a critical and commercial success that allowed Anderson to do something “he could never do again”. This carte-blanche historically has either made an artist swell under the weight of their own ego or rise to the challenge. Magnolia seems to be a conflux of the two – in some ways its framing device and the reason for it is misguided and simplistic, but Paul Thomas Anderson’s technical execution rises to the challenge regardless in elevating that conceit. And then, the movie flies from his hands like a slick bar of soap, and that’s because he refuses to let go of his metaphysical rambling. What it results in is a huge mess, a clean break from all the good-will he had managed to engender. […]