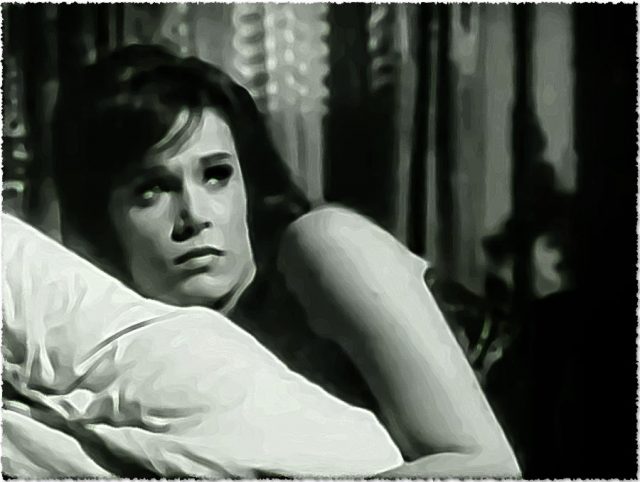 What is the going rate for each year of your life missed? Or in the case of Max Cady (played by Robert Mitchum), eight years in prison? Of course, Max Cady is a psychopath, so he believes he was wrongfully convicted and now he must now punish his offending lawyer. Nothing is ever his fault. Gregory Peck plays Sam Bowden, a successful attorney who seems to have the Norman Rockwell life. Large house, attractive wife and daughter—not to mention a prospering career—what more does a man need within this so-called American Dream? Well, perhaps a psychopath to taunt him.

It is always interesting to experience a remake before the original. Scorsese remade Cape Fear in 1991 and while not a bad film, it is most definitely not one of his best. From what I recall, the direction is rather lackluster and has more of a ‘made for television’ feel. Gone is the implication and subtlety. And despite De Niro’s skill as an actor, Mitchum is far more clever and convincing in his role of vindictive evil. Yet, poisoning a dog and harassing a family is only evil from our perspective because according to Cady, Sam Bowden deserves what he gets.

Cape Fear begins with a wonderful noir feel, and much of it is accomplished via Bernard Hermann’s score (who also created the score for Taxi Driver). We witness Cady walking into a courthouse, but not before ogling several women’s asses. While on a stairwell, an older woman with a stack of books drops one and Cady doesn’t bother to help her. Already we see he is an asshole. And now, after having served his time, he is a free man. Or is he? Legally this is the case, but damn if he is going to allow that arrogant lawyer, Sam Bowden, to get away with it. […]