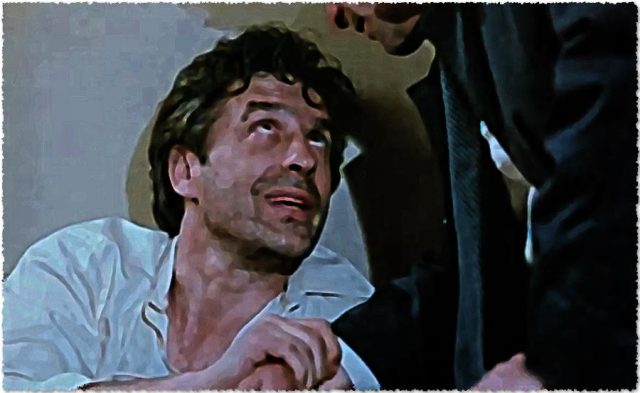 Nicky (John Cassavetes) is a low-level gangster who has stolen money from his mob boss. As result, he is now held up in a grimy hotel room on the edge of town, in an attempt to evade capture or even death. Mikey (Peter Falk) is Nicky’s childhood friend. In a moment of need, Nicky calls Mikey up in the hopes that maybe his friend might be able to offer a hand, or even get him out of trouble. Mikey thinks that Nicky should leave town, but events and distractions unfold and that doesn’t happen. Nicky is suffering from a stomach ulcer and so Mikey goes to retrieve some creamer from a diner, but not before erupting into a rage at the cashier. Rage is a recurring theme throughout the film, as it often manifests as one’s temper. But it goes further than this. Neither man knows how to function in life. They wander and they exist. They blow up when things don’t go their way, and then there are the women who sit at home. Not necessarily waiting for them, but more so telling them to leave when the men shove their way in. Both Mikey and Nicky have wives and they both cheat. They are mooches who come and go. Mikey seems to be better off, but not by much. […]