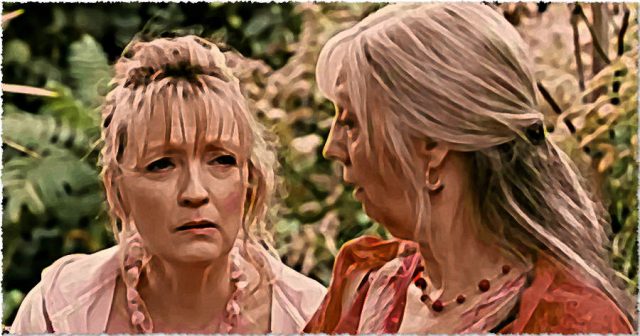 Mike Leigh has placed himself within his own filmic cannon vis-à-vis how well he portrays the lives of ‘ordinary people.’ No particular character is extraordinary, but mostly each navigates through life, often longing for something. We see first hand the weaknesses and flaws with which we can much identify rather than judge. Several of his films are Vera Drake (2004), Life is Sweet (1990), Naked (1993), Career Girls (1997), Happy Go Lucky (2008), Secrets & Lies (1996), among others. Note that none of the titles are outstanding. One could even argue that they’re rather bland. However, just as with Bruce Ario’s poetry, the seeming ‘plain spoken’ language reveals much more beneath.

Set in North London, Another Year involves a happily married couple, Tom and Gerri (Jim Broadbent and Ruth Sheen), wherein their happiness is a seeming anomaly. Mature, kind, and pleasant, they feel like the sort of couple anyone would like to know. Gerri has worked as an emotional counselor for the past 20 years. Tom is a geologist. ‘I dig holes,’ he jokes, one night over dinner. The couple appears to feel at peace within their lives. This is a contrast to some others they know, like Gerri’s coworker, Mary (Leslie Manville) who works as a secretary at the same facility. The two women are friends albeit underneath lurks the hint that Gerri is acting as a big sister to the otherwise emotionally needy and irresponsible Mary. For one, Mary spends too much, drinks too much, and throws herself at the first person willing to listen. Gerri is willing to listen but only to a point. This makes her a good friend, but it is clear that she must set boundaries in order to not be vortexed into Mary’s emotional dramas. […]