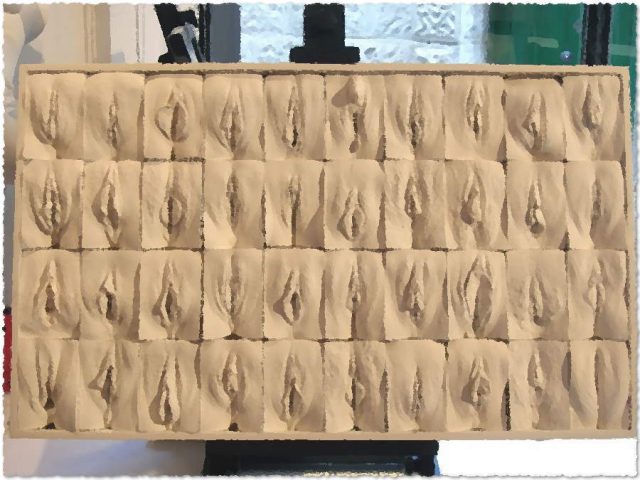 Almost from the moment humans and perhaps our cousins (no longer extant) became fully aware of their bodies and could take the time and make the space from just surviving, the body became a canvas, a pronouncement, a proclamation. The body was used to celebrate, to mark Others, to say things about the world, to admit to the Collective Mind of all we humans that the body was not merely a flesh housing or prison, but an intention, a text, a dialogue, a way of communicating, for good or ill, to all—and to ourselves. It was an extension of the mind, a canvas of signs, a part or who we were. It was not an enemy.

Even with the advent of tattooing, even with those full-body dragons, even with whole murals on a naked back—and even that ubiquitous circle of black thorns on a bicep, we have a statement: this is my body, decorated, alive. Tats went from underworld statements of solidarity, and secret shadow-world announcements only for those in the know or in the life, to being universally accepted as decorative assertions of Whatever, for everyone. Underneath that banker’s three-thousand-dollar suit may lurk some Asian scrolls or cute animated characters. On the left buttock of the housewife in the produce aisle of the local grocery store flutters a colorful hummingbird.

Humans have always done wonderful, innovative things to their bodies, and as technology has evolved, so has the desire of the human mind to expand, the desire to proclaim, to enhance, to shout out to the world, “See me!  See my body!” From making one’s hair the color of a fire in a paint factory, to breasts with remarkable buoyancy and extension, humans are proclaiming the semiotic body. Each iteration was an extension into the world of the companion body, our partner in proclamation. It was not an enemy. […]