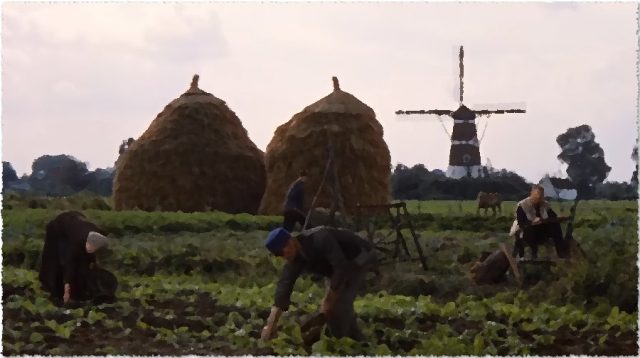 What inspires works about certain artists over others? From films to books to plays, why are some artists more culturally fetishized and others not? Well, the short answer is supply and demand—that as long as a subject is in demand, more of it will be supplied. A good example would be the numerous bios and books about Sylvia Plath. It seems there are three to four released a year, at minimum. Are they necessary? What insights are overturned? Van Gogh is another. He even made it into a Dr. Who episode. So why is this? Again, the short answer is that there is a demand. Also, it is no coincidence that both Plath and Van Gogh lived the short, romantic, ‘tragic life’ of the artist, which gives audiences a reason to wonder what brought about such suffering in the first place.

Van Gogh has had a number of films about him—from Vincente Minnelli’s Lust For Life (1956, based on the Irving Stone novel with the same title), Robert Altman’s Vincent & Theo (1990), Loving Vincent (2017), At Eternity’s Gate (2018), and also Martin Scorsese’s depiction of Van Gogh himself in Akira Kurosawa’s Dreams (1990). Of these films, I would argue that Vincente Minnelli’s Lust For Life delivers the best rendering, if for nothing else than the vibrant colors within, which much resemble Van Gogh’s painting. (One of the many stamps of Minnelli’s films is his often-energetic use of color.) Also, in terms of storytelling, the fact that the film is based on Irving Stone’s novel indicates that the subject will be rendered well, given Stone’s skill as a novelist.

In Lust For Life, Kirk Douglas plays a vulnerable Vincent, and it is a role one would not expect from the otherwise headstrong actor. Firstly, he is already too old for the part (albeit not as old as the sixty-something Willem Dafoe in At Eternity’s Gate. Odd choice, given Van Gogh only lived to 37). In addition, Douglas is not known for his vulnerable roles. It is rare we see him whine. But despite this, he carries the performance well, and we get a sense of Vincent as the empathic individual who longs to help the poor, but who then stumbles into painting as an aside. He is misunderstood and rejected and attracted to outsiders like himself. Living on the fringe of culture, just barely does he manage via the help of his patient brother, Theo. […]