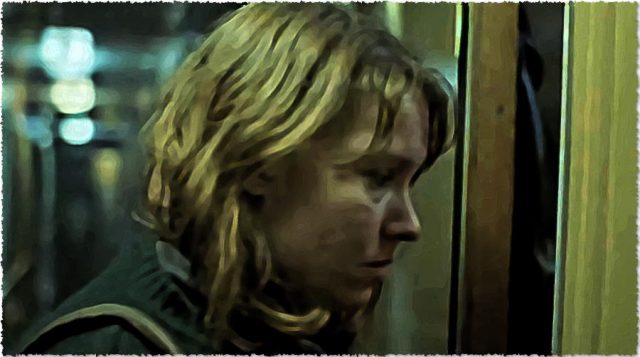 In Juho Kuosmanen’s Compartment No. 6, Laura is an introverted, soft-spoken Finnish national studying the Russian language in Moscow. Ljoha (or Lyokha, depending on how you want to Anglicize the name) is the sort of crass, bull-headed man that another character later on in the film remarks “is pumped out of a factory.” Both are on their way to Murmansk, in the northern wastes of Russia, and have found themselves partnered in the same cramped train compartment. Laura wants to inspect the Kanozero Petroglyphs, in order to discern humanity’s future from its past. Ljoha is heading there for work at a mining facility, so that he can build up funds for his own business ventures. That they are both searching for something more than their stated purposes is clear, although Laura is the more befuddled of the two, too vexed by her own romantic agonies to realize that she likely couldn’t give less of a damn about some old stone carvings in the Arctic cold.

Juho Kuosmanen’s adaptation of a novel by Rosa Liksom is a kind of love story, and bluntly states itself as such by the end, but there is no saccharine meet-cute, and the setting is less than quaint – instead, there is a pervading sense of melancholy, as Laura is a stranger in a strange land, and her journey away from Moscow’s ivory tower as well as an ephemeral relationship (the opening party scene deftly portrays the cutesy pretensions of the academic types that Laura’s girlfriend, Irina, pals around with), into wilder regions are punctuated by shots of the train’s slow passage through rainfall, icy winds, and barely-lit nights. The discomfort of human smells and unwanted company are only briefly alleviated by a cracked-open window or the precious gentility of a dining car. Kuosmanen and cinematographer Jani-Petteri Passi ably maneuver their camera through the train’s confined interiors, following its characters like a particularly nosy companion in order to adequately capture their reactions. Such transit allows for very little privacy, and, outside of complete stonewalling, one is almost forced to associate with fellow travelers in order to pass the time more easily. While the connection between Laura and Ljoha is undeniable, all these elements make us ask: how much does sheer convenience (with chance contriving a sort of Stockholm Syndrome for both parties) play into their growing bond? They are, after all, very different people, as Ljoha is mystified by Laura’s wannabe intellectualism and cannot accept her canned reasoning for wanting to see the petroglyphs. […]