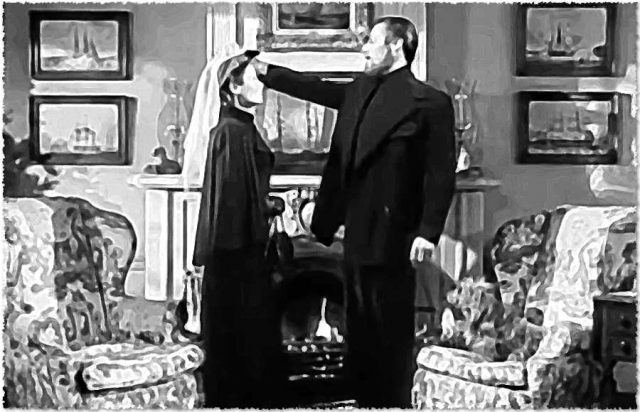 I first heard about The Ghost and Mrs. Muir via Harry Nilsson, who appeared in the 1960s television series. Nilsson played—you got it—a singer who’d been forced to spend the night at this seaside abode due to impending rain and thunder. Such a strange concept, I thought. A ghost who haunts a woman he loves only in afterlife? I watched the episode, and aside from Nilsson’s performance, I found it dull. The show didn’t last and was cancelled after two seasons. Thus, imagine my surprise when I learned this was a film directed by Joseph L. Mankiewicz. Really? They made a series from this film? How very odd.

Following recommendation, I watched it, and afterwards, I watched it again. And what a darling film this is. Love, death, longing, and romance—what else does one need? The film begins with Lucy (Gene Tierney), a widow who longs to live by the sea. Despite opposition from her in laws who want her to remain in London out of respect for her late husband, headstrong Lucy goes to purchase an abandoned cottage that is now overrun with four years’ vegetation. Gull Cottage, is what it is called, and it is supposedly haunted. In fact, no one is willing to stay there for more than a night. But upon Lucy’s visit, she falls in love with the house instantly, as though something is pulling her towards it. Oh, and what could this be other than Captain Daniel Gregg (Rex Harrison)? […]