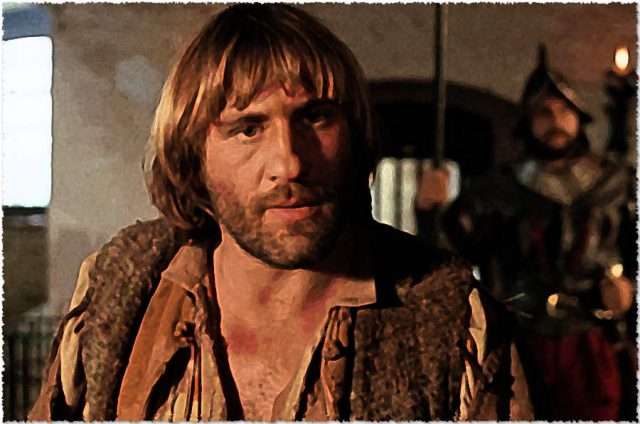 The more one looks back, the more time crowds, with history itself entrapped. Ages slant, personal becomes personnel, while facts flourish. A writer writing about the distant historical past may find such a subject liberating as, already packaged, the facts never blur the way they do in moving time. Yet, art is never about the facts. What the historical fiction writer wishes were true plays as much a role as the truth itself. And, to make great art, the facts must always be a canvas, upon which faces ambiguate.

While reading The Wife of Martin Guerre by Janet Lewis I was struck by how comfortable she was with facts. In this novella, Lewis crafts, with alluring prose, the case of Martin Guerre: a well-known historical episode in 16th-century France where a peasant woman was fooled by an impostor playing her husband for three years, after the real one’s disappearance years back. In about a hundred pages Lewis creates a simulacra of French peasant life, reinventing their customs and livelihood amidst lush nature. The extent of her research shows on every page. She follows Bertrande, the aforementioned wife, first as a young girl marrying Martin in one of those underage peasant marriages, then her married life, the years of loneliness after the disappearance, the deluge of doubts after the impostor’s reunion, and the case that unfolds when she finally brings her doubts before the French courts. Neatly packaged, The Wife of Martin Guerre terminates where sufficient: the real Martin Guerre returns at the last moment and is revealed to be a cur; the imposter is executed, even though he may have been a better husband to Bertrande; and the omniscient narrator of the story adds a bit of historical ambiguity to the ending with the following paragraph: “Of Martin Guerre, nothing more is recorded, whether he returned to the wars or remained in Artigues, nor is there further record of Bertrande de Rols, his wife. But when hate and love have together exhausted the soul, the body seldom endures for long.” Life returns to facts, plunged in their mystery. […]