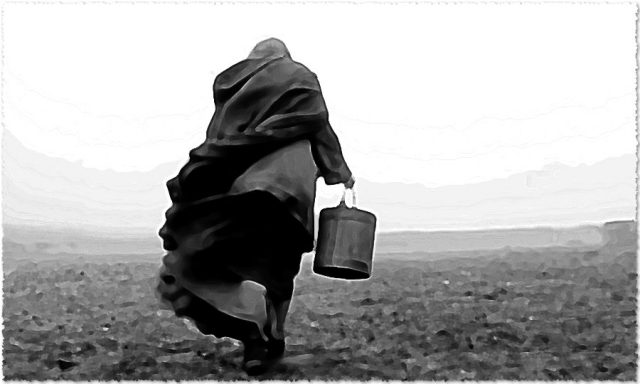 How do you discuss Bela Tarr’s latest work, The Turin Horse, without spending half of the article discussing the happy Hungarian’s epic Sátántangó? Clocking in at seven and a half hours, the movie has been a staple of over-serious top five film lists since its release, and culturally was far more of a moment.

Sátántangó, based on a novel by Bela Tarr’s ever-collaborator László Krasznahorkai, is deservedly the director’s most recognised work, and his most successful. It uses its enormous runtime to do what a lot of great artistic outings attempt, which is to use the nature of the viewer’s mind to its own ends. The Turin Horse does something similar.

Sátántangó uses the act of recollection, the first scenes feeling an insurmountable and hazy distance by the end, to both the viewer and the characters. Turin Horse uses the nature of boredom, and frustration, and connects you with the protagonists through that mutual experience.

Bela Tarr has been a critical cherub from the start. He first got into filmmaking due to being rejected from philosophy-academia, mostly due to his political activism – a theme which has always seeped into his work, until this most recent picture.

In interviews, Tarr has said that Turin Horse reflects a cynicism he acquired in his later years. Whereas his earlier ventures have been made in the pursuit of systemic change, I infer that his final film is reflecting on the mundanity of daily existence, and how no amount of cataclysm or systemic change will alter it. He uses his twilight years to permeate the film with a sense of finitude. […]