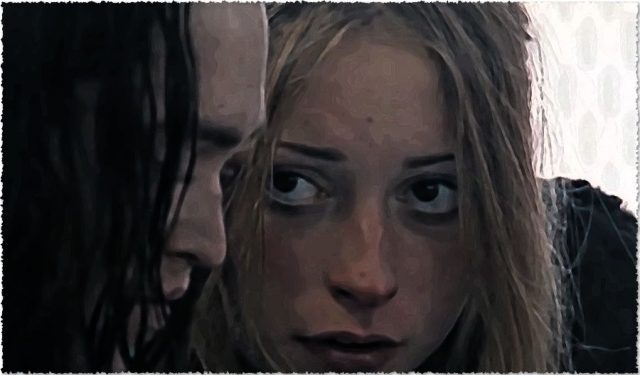 The most direct comparison for Heaven Knows What is the Harmony Korine movie Kids, the most well-known of this archetype of subject. It’s undeniable that Heaven is a continuation of something that Kids started – the aromantic treatment of New York as a setting, a voyeuristic sense of glimpsing into fringe experience. However, Kids faced issues of glorifying the kind of momentary satisfactions that the addict lifestyle could offer, whereas Heaven Knows What feels like a spoonful of reality caramelised on a skillet. Kids draped itself in a trendy cultural subversiveness and had a fashionable cast of ne’er-do-wells, Heaven Knows What is anything but trendy, and its cast is dishrag ratty. Holmes is the eye-of-the-storm, implacable in some scenes and then gurning and twisted in others, she’s a weathervane for the downward momentum and a superb player. […]