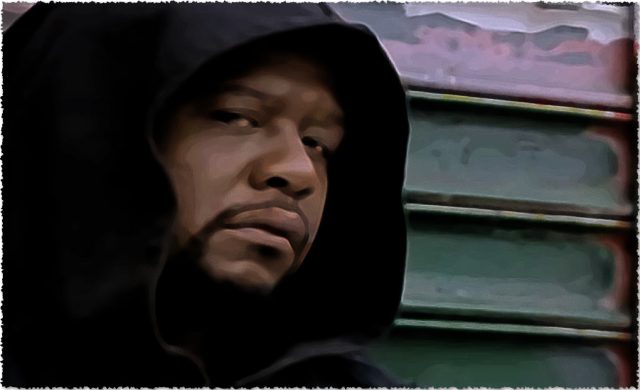 Jim Jarmusch. His filmography is complicated. Generally in his better outings his films tend to be uneven, lopsided; in Dead Man (1995), a promising opening and set-up degrades into predictability. Stranger Than Paradise (1984) manages to turn lacklustre set-up into rich commentary. Ghost Dog: Way of the Samurai alchemically alters a boring, hack set-up into something that draws power from its own predictability in character and setting – it manages to take all of the familiar elements of schlubby gangsters and badass hitmen, and it somehow manages to find sympathy in all of them while also dismissing them as ridiculous. Their ridiculousness serves a purpose, because in the world of Ghost Dog nobody truly understands each other.

Jarmusch is a Jim-of-all-Trades, master of very little. What is easy to admire is his rejection of tradition and accumulated wisdom, in pursuit of making something more reflective of his own sensibilities. This is the terrific contradiction of his filmog, in that there is very little to be found that is completely boring and also very little to be found that’s technically well-executed. It almost reads as a kind of brattitude. He insists on the filmic qualities taking a back-seat to his vision, but he doesn’t always have a clear vision of what exactly his vision entails. He’s said himself in interviews that he tries to communicate with a film, and coax it into telling him where it needs to go. This has worked twice in his career: Stranger than Paradise and Ghost Dog. Otherwise this is a recipe for neurosis taking over proceedings, and the wrong qualities being blown up to integral structural mechanisms (ala Dead Man, Paterson, Only Lovers Left Alive, The Dead Don’t Die, Coffee and Cigarettes). It is for this reason that the following discussion is mostly free of technical execution, as Jarmusch has to be read on his own terms in one of his few successes at what he is going for. As a quick note on his camera-ism, he manages to make the action somewhat fluid despite its absurdity – though, it ultimately fails – and the occasional scenes of pigeons flying about are nice. […]