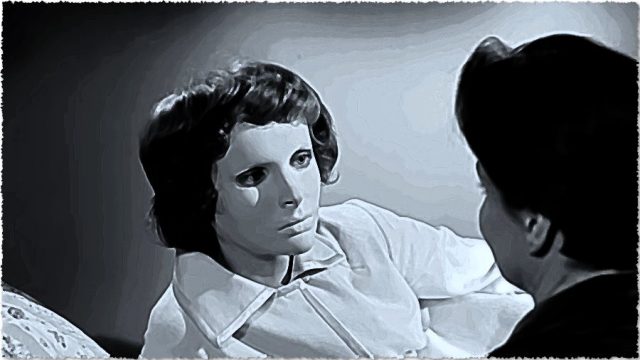 Horror films have it difficult. On one hand, they have to be scary or at least creepy enough to hold one’s interest, and on the other, they have to contain characters well developed enough for audiences to care. Georges Franju’s Eyes Without a Face (1960) succeeds at both. While this is not a great film, it is quite good, and rare is it we find a film involving the so-called ‘mad scientist’ doctor that works. The film contains a gothic quality, where we observe and then we feel sorry. As for whom? Well, that all depends.

Dr. Génessier, played by Pierre Brasseur, is a plastic surgeon who has developed a new form of face transplants—something he calls ‘heterografting’, which involves the removal of one living face and transplanting it onto another. In order for this to work however, both patients need to be alive, which makes it unfortunate for the donor. Dr. Génessier’s daughter is disfigured due to a car accident for which he is responsible. So now he is on a mission to find her a new face, but the only problem is that this requires him and his lover Louise (played by Alida Valli) to kidnap young women and then later dump their bodies into the convenience of the loud nearby river.

Louise is one of his success stories, as Dr. Génessier managed to restore her face years earlier. And it should be noted that often these transplants don’t work, especially when the skin begins to reject the tissue. Édith Scob plays his daughter Christiane, who walks about in an expressionless mask, appearing as though she were a doll. ‘Kiss a doll and it won’t kiss back,’ she says. Only her eyes move and this gives her a haunting quality—she appears angelic and ghostlike, while she walks in white, behaving as though her life has ended. It might as well, as she lives imprisoned within her father’s house. Blaming her disfigurement, as bad as it is, this does not seem to be the worst of her problems. […]