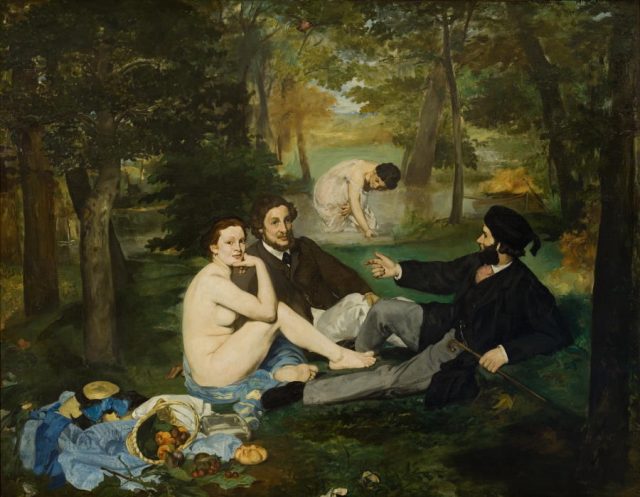 Everything was changing in late 19th century Paris. A series of disastrous wars and failed uprisings had precipitated the forming of a public works commission to rebuild the city. But this rebuilding was nothing on its own. It was meant to be the emblem and agent of a wider economic transformation – the emergence of modern day capitalism and consumerism. Suddenly gone was the old Paris of narrow streets and quartiers. The new Paris of cosmopolitan boulevards cut up into little pieces the city’s pre-existing world of fragile appearances – its traffic of class segregation and urban life. And this awareness of change was to be crucial for the emergence of an artist such as Edouard Manet. The elusiveness of the social world, the precarian nature of being in it, and being of it, are central subjects of the paintings he produced at this time. […]