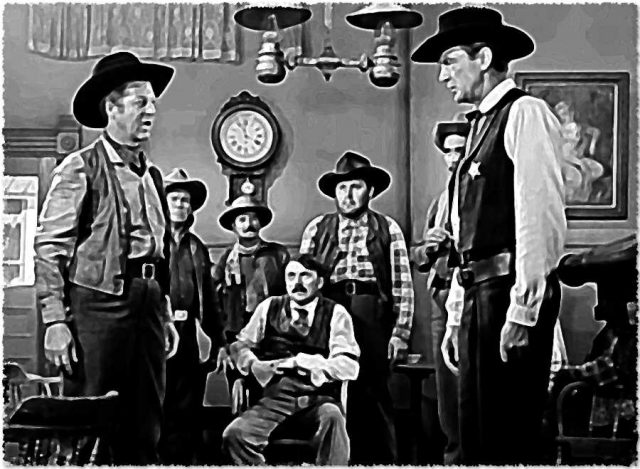 Upon release, Fred Zinnemann’s High Noon was a highly divisive film. While it won many accolades, critics and audiences were disappointed to find common elements, such as chases and duels, replaced mainly by drama. Hollywood names like John Wayne and Howard Hawks deemed the film unamerican due to its subversion of the western hero stereotype. Today, the film stands as an indisputable classic, exhibiting a realism uncommon to films of its type. High Noon achieves this because, in parallel with the film’s themes, the narrative goes against most viewers’ notion of what a western should be, revealing the superficiality of many of the genre’s tropes in the process.

High Noon takes place in a small town in New Mexico Territory, where marshal Wil Kane (Gary Cooper) prepares to retire. We see Kane as he marries devout Quaker Amy Fowler (Grace Kelly) before they are interrupted by news claiming Frank Miller (Ian MacDonald), an outlaw Kane once sent to prison, has been released and is arriving on the noon train. At first, Kane agrees to ignore the return of the criminal and leave town with his new wife. However, he soon turns back the cart, unable to look past his responsibility as the marshal who arrested Miller, or perhaps unable to look past his own pride. Indeed, Fred Zinnemann ensures that psychology is never far behind, as if tempering the viewer’s sense of righteousness with its protagonist’s self-righteousness. […]