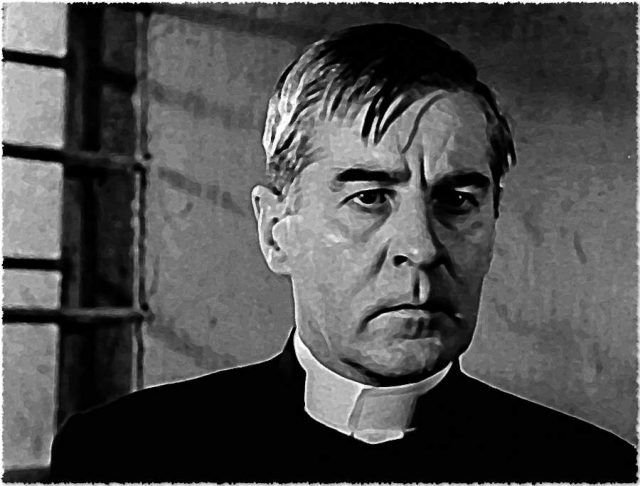 There are some who embrace suffering—who endure it, and they do so with sanctimony. Hence, they believe others should not only endure it, but should also welcome it. To suffer is to attain salvation, and to reject it is nothing short of selfishness. I once had an employer who, upon hearing my unhappiness vis-à-vis my career, would reply, ‘Well, what can you do to change your attitude?’ My admission of misery was, in her mind, ‘bringing down the team’ (even though the team was already down). Overworked, just because one group was able to scrape by on limited resources doesn’t mean that another should be forced to undergo the same: i.e., ‘Well, they were able to suffer through it and so should you.’

Alas, I digress. Rather, this is Ingmar Bergman’s film, and what a great film Winter Light is. In 80 minutes, he manages to encapsulate an existential crisis, the rejection of love, the rejection of faith, and the rejection of self. Those who believe in God are still bound by their bodies, by their emotions. This limits the amount of suffering they are able to undertake. Within this filmic world, it is always Sunday and it is always cold. […]