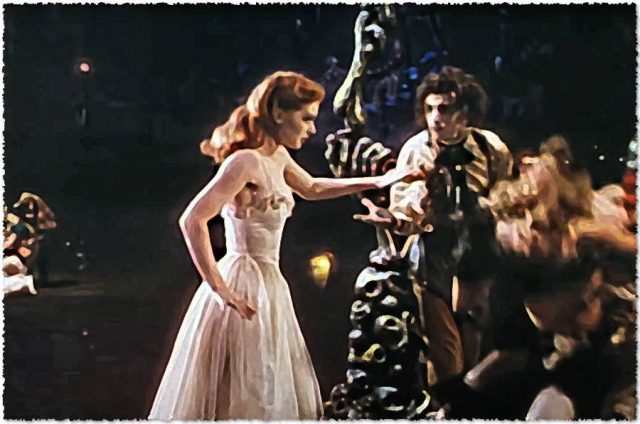 There are some films where the audience remains a witness, where we sit off to the side and marvel at the lives of those we see on screen. And then there are the films that are so overwhelming in their immersion that, to quote Roger Ebert in his review, ‘You don’t watch it, you bathe in it.’ Perhaps ‘bathe’ seems too sensational a word, and it just might be, were it not for the grand use of Technicolor coupled with the marvel of this single dancer, Victoria Page (played by Moira Shearer) flowing in glory. The 1948 film is based on the Hans Christian Andersen tale with the same title, wherein a young girl is given a pair of red shoes that goad her to dance. So, she dances and dances until she is forced to amputate her feet, and even after doing so, her feet continue to dance on their own. Like many of Andersen’s tales, the story has a gruesome end, and perhaps this film is not too far off.

On one hand, The Red Shoes is a story of ballet—the desire to succeed and to be seen, and on the other lurks the desire to be happy, loved and fulfilled. For some, artistic success and love go together and for others they are forced to choose. Victoria falls in love with a young composer named Julian Craster, and for a time she seems happy. Yet this would not be a film were it not for the tension of one’s artistic drive over one’s life. Ingmar Bergman once said that he could live in his art but never in his life. For Victoria, it seems she can have one or the other, but not both.

She and Julian are forced to keep their romance secret from the company’s impresario who seethes with apparent jealousy. And yet, he never appears to have romantic feelings for Victoria, or if he does, he is poor at showing it. The character, played by Anton Walbrook, possesses just the charm, and the correct kind of cunning. He is manipulative and underhanded, but only at a distance. One might guess the source of his jealousy stems from his belief that Victoria is his alone, as in, his dancer, his possession. He made her a star, after all. ‘You cannot have it both ways. A dancer who relies upon the doubtful comforts of human love can never be a great dancer. Never,’ he informs her. Just as within a fairy tale, his so-called gift of stardom has a price. […]