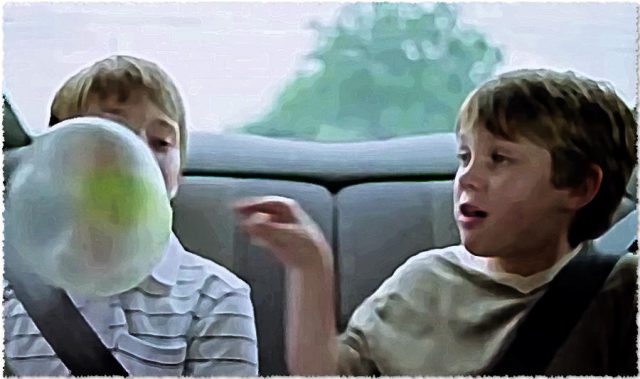 he opening of Richard Linklater’s Boyhood – a cloud-crowded sky and the stare of a boy – is one of vast possibility. Here is a yet-to-be shaped visage (with Coldplay crooning about stars and how they shine for you) captured in one of those indelible moments, no doubt, when time relaxes into some afterschool daze, and no other obligation exists save to lie down, dampened by grass, and to look around, thinking.

It is a moment most of us have felt, and probably longed for, if our childhoods were as frequently troubled as Mason’s (Ellar Coltrane), the young boy whose face will change over the course of the film, over the course of twelve years, but whose eyes will still somehow retain that same lingering sense of possibility.

This is a film about moments. About time, certainly, but really about how moments build up, over time, into people, relations, and everything else. Linklater’s decision to tell the story in a series of vignettes (partly a consequence of how the film was shot, I imagine) was a wise one, for it captures this process of moment-accrual in efficient bursts, letting the viewer make the appropriate connections in the intervening elisions. […]