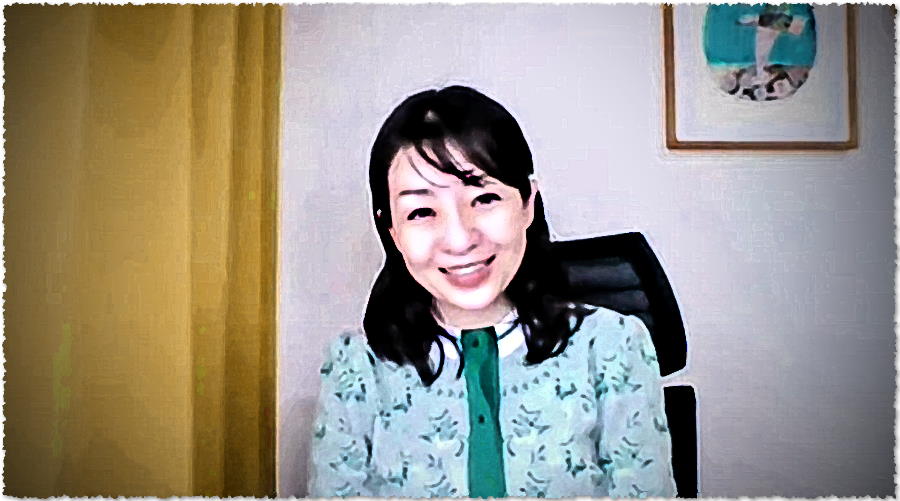 It’s a certainty that anyone who has worked within a corporate structure has met this person. Doggedly ideologically committed to their workplace, no evidence of a life outside of that workplace. These people are often the object of rumour-mongering, of conspiratorial whispering behind backs. They are often excluded, as they violate the complex, phatic social signals and performances that indicate a neurotypical/psychologically average person. It gets especially strange in jobs of little power or advancement. Then it seems to fill an odd vacancy in a person’s chest.

The quiet tyranny of behaviour is innate – the idea that if someone conformed to our idea of a well-functioning, emotionally healthy person, then they would suddenly find themselves just that. This is what probably what the modernists called the human condition. But neurochemistry is complicated, so is trauma. Who’s to say what makes a healthy person? Should we just leave the out-of-shape pegs be? These are questions worth exploring, but Sayaka Murata’s Convenience Store Woman leaves an absence where a meatier, or braver, or more articulate text could fit snugly.

Murata’s book is a novella of attempted brevity, both to its strength and detriment in different passages. It elects not to over explain its premise, allowing its narrative to demonstrate its perspective. It depicts a Japanese convenience store worker who fits the profile described above – slavishly dedicated to the company image, passionate about the facile churning of profits for nameless managers above. Her colleagues are intrusive and clearly whispering behind her back, her sister desperately wants her to be normal and coaches her how. Her sister becomes obsessed with the idea of her having a romantic connection, so the asexual Keiko forms a relationship of convenience with a proto-incel former colleague.

Sayaka Murata is a writer of recurring themes – whether they are a personal topic, or a fascination, or part of the Japanese cultural framework, or an aesthetic decision, the writing displays a high-level awareness of those experiences. These themes include asexuality, conformity and the violation of cultural taboo. She seems to have a fascination with the anti-sexual particularly, all her works either portraying sex as uninteresting or horrific. She objects to the intense conformity of Japanese society and takes pleasure in portraying its toxicity to the other. Some of it works and some of it doesn’t.

Convenience Store Woman is robbed of some of its commentary by reading from a western POV, though often the commentary is so explicit that cultural context doesn’t really matter. This is a strength and a detriment. The best chapter to demonstrate its themes takes place at a family barbecue hosted by Keiko’s sister, where Keiko and her sister’s oldest friends all collectively cut into Keiko’s lack of a romantic life. Judgment of class and achievement is another theme – someone who’s content with a part-time retail job is portrayed as the height of abnormal. Identity and occupation, which is a contemporary and worthwhile observation, but nakedly it’s not enough to prop up the book.

‘I’m working part-time in a convenience store. My health…’

I was about to give the usual excuse my sister had made for me, when Eri leaned forward. ‘Part-time? Oh, so that means you got married!’ she said, as if it were self-evident. ‘When was that?’

‘But then, how come you’re only doing that sort of job?’ Mimiko asked, puzzled.

‘You see, Keiko’s not very strong, and that’s why she doesn’t have a regular job,’ Miho said, covering for me.

I started to thank Miho for speaking for me, but Yukari’s husband butted in suspiciously. ‘What? But you have to be on your feet all day in a job like that.’

It was the first time I’d ever met him, and here he was leaning forward and frowning at me as if questioning my very existence.

As you can see in prosaic terms the text is minimal, mundane – detached and voyeuristic. It bears comparison to the literary realists, the direct and bare-bones text evoking a deep-fried Flaubert but a third as talented. A problem is that in its pursuit of detached and placid strangeness it runs the risk of being boring, or obvious. The form doesn’t add much to the literary whole. The intended perspective is of an outsider, hyperconscious of the literal, and present, without any innate understanding of the subconscious or contextual.

This stylistic approach is probably inspired partially by Japanese mad-dog Murakami, author of such hits as The Wind-Up Bird Chronicle and Kafka on the Shore. It’s a reasonably contemporary style to be aping, and it’s distinct from the realists in its intense depiction of the focal character’s interiority.

I’d be smiling and chatting away, and my mind would be floating around somewhere else, like a balloon with a broken string.

It is the start of another day, the time when the world wakes up and the cogs of society begin to move. I am one of those cogs, going round and round. I have become a functioning part of the world, rotating in the time of day called morning.

While both of these quotes are slight, they show a clear aesthetic parallel. The writing is casual, wistful, odd-ball. The unfavourable truth is that when Murakami, who is hit and miss himself, manages to get into a flow of free-wheeling observation it’s carried through by mangling of grammar in typical literary flourish – here, the writing is more pedestrian, with overly-affected twists of phrasing. ‘The time of day called morning’, really?

That can be a strength in genre fiction, where the narrative needs to be clear to the reader. Here in the realm of the literary it just provides not very much to absorb. A caveat is that this could be an issue of translation – obviously this article can only ever be a review of the translated text, and for a less notable author like Sayaka Murata maybe the publisher could have gone for a less up-market tradesman. This is speculation, and there’s no sense giving undue leeway.

Another good comparison is The Remains of the Day by British-Japanese author and laureate Kazuo Ishigiro, which applies a similar technique of waning, speculative prose, restrained and clipped, with character interiority a focal point. The difference is that the restrained prose is a representation of Stevens as a character, courteous and understated like a typical butler archetype, whereas Convenience Store Woman in trying to depict someone against the grain elects to depict Keiko as flat and without affect to mixed results. Here is a quote from Remains of the Day:

Naturally — and why should I not admit this — I have occasionally wondered to myself how things might have turned out in the long run….

I only speculate this now because in the light of subsequent events, it could well be argued that in making my decision…I was perhaps not entirely aware of the full implications of what I was doing.

Indeed, it might even be said that this small decision of mine constituted something of a key turning point; that that decision set things on an inevitable course towards what eventually happened.

But then, I suppose, when with the benefit of hindsight, one begins to search one’s past for such ‘turning points’, one is apt to start seeing them everywhere…. What would have transpired, one may ask, had one responded slightly differently…? And perhaps — occurring as it did around the same time as these events?

This passage demonstrates, despite the novel’s own less-than-stellar qualities, an awareness of the interior life of its protagonist than is ever observed in Convenience Store Woman. One technique might have been to describe facial expressions and other phatic gestures in a defamiliarized way, like Vonnegut or Zola, but it is what it is. Unlike The Remains of the Day, which takes great care in understanding the psychology of a butler in the 20th century, how Keiko inhabits the world is ill thought-out and shallow, but probably sounded very good on paper.

From a dramatic standpoint one might wish that Murata had taken a maximal approach, it could have benefitted from more extreme depictions. Cut through the tepidity. It’s a shame, as this subject matter could have been something far more pathos-driven, maybe by focusing on the incel. It feels as if Sayaka Murata had an idea with no strategy. And when the execution is so minimal, what would otherwise be a potent use of literary restraint instead threatens to turn into an amorphic, acultural landmass. It’s no wonder that the pop-lit scene was exploding with excitement about this novel upon release.

Truth be told it feels as if it’s designed to win the hearts and minds of soft-hearted false intelligencia. Anti-conformity, check, minimal style/form, check, easy to interpret message and ethos, check, slight flirtation with contemporary issues without diving into their problematic origins or connotations, check. This is a book The Guardian would call a tour-de-force, in that it manages to simultaneously not challenge the reader on any political or critical level while also obnoxiously asserting its own piety. It’s like it wanted to be an account of neurodivergence in a regimented society, but it couldn’t get past its own nebbish anxiety of offending the neurodivergent. Socially this is arguably a good thing, but art will never be purely held up by its own social values. You have to art to be an artist! This is basic stuff!

The book is very hit and miss. In trying to capture the specificity of the convenience store, Sayaka Murata betrays either a lack of familiarity with that space or ineptitude in finding the most effective route to portraying it. Any retail worker would find the descriptions mostly ringing hollow. It falls flat at the first jump – she focuses on the sounds of people leafing through packets and clearing their throats – no attention is paid to the visual, and it doesn’t evoke much of anything. She set herself an odd portfolio to describe, as she had to describe an annoying environment through the lens of someone enamoured with it. This might explain a muddy execution, but it does draw light to the conceptual problems the novella wilfully adopted.

Descriptively it’s a strange peg in a weird hole, like its protagonist – like the book in the literary scene. In a time dominated by meek, lacklustre social realism, magical realism, romantic tautology, it’s strange to see a diet-Coke Catcher in the Rye type situation in contemporary lit. Let’s hope this isn’t a demonstration of the extreme fringe of our times, as it shows how porridge-without-sugar our tastes have become.

If you enjoyed this review of Sayaka Murata’s Convenience Store Woman, check out the automachination YouTube channel and the ArtiFact Podcast. Recent episodes include a survey of photography from Josef Sudek to Laura Makabresku, an examination of Abstract Expressionism as depicted in Kurt Vonnegut’s Bluebeard, and a debunking of Internet sciolists such as Jordan B. Peterson and Christopher Langan.