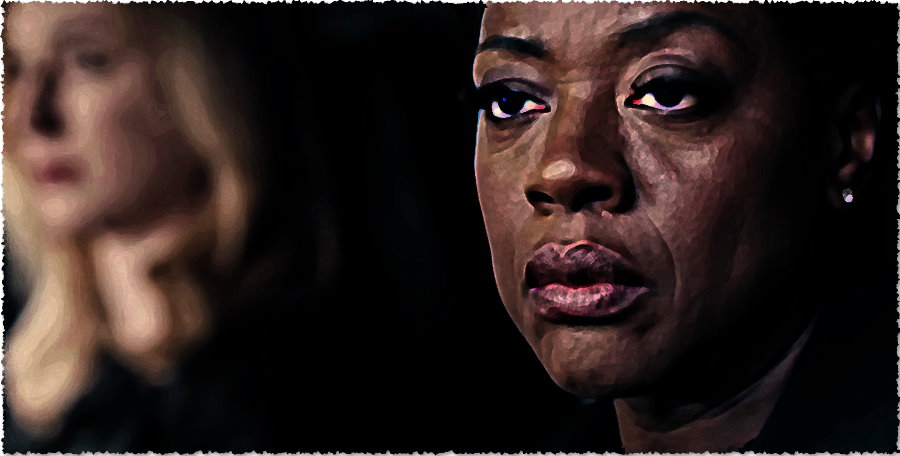 In Hunger, Bobby Sands fatally denies himself sustenance in retaliation against British suppression; in Shame, the audience is left to wonder if Brandon can rein in his obsession with sex/masturbation and forge meaningful human connections; in 12 Years a Slave, the abduction of Solomon Northup into slavery forces him to repress his full humanity in order to survive.

Regardless of their triune legitimacy, in all three McQueen is visibly working out his artistic preoccupations with the body (and, perhaps, the soul) as it passes through various types/levels of ordeals. They are all exquisite explorations of suffering, be it externally transmitted or self-inflicted, and cemented McQueen’s status as one of the very best filmmakers working today, in any nation and any language.

Then, as such things go, the inevitable occurred – more and more people started to like him. Not just the artsy, festival-going types who heralded McQueen’s arrival as a cinematic maverick (and a highbrow one, to boot), but also the Powers That Be, like the Academy, who eventually bestowed upon him a Best Picture nomination for 12 Years a Slave. While it was arguably weaker than his prior two films, its subject matter (irresistible to the Academy’s guilt-ridden votership) and undeniable power launched him into the zeitgeist at the opportune moment, and soon enough Steve McQueen was Oscar winner Steve McQueen – and, soon enough, Oscar winner Steve McQueen was Sir Steve Rodney McQueen CBE.

I suppose, then, that his next feature Widows (2018) was at a disadvantage from the get-go. Take an up-and-coming talented director, heap upon him acclaim and trophies, and then license/ease of access to chase a plethora of whims – well, you usually don’t end up with work that’s on par with the earlier stuff, as a result.

To be fair, Widows is not a bad film at all. Far from it. There is a formal composure at work here that reminds the viewer of the mind behind the frame. It takes itself seriously, for the most part, despite the limitations of its genre, thus elevating portions of the film where it would otherwise seem silly in the hands of a less serious artist. It is not entirely successful, however, in escaping the political moment’s imprisonment, but McQueen is careful not to indulge in moral heavy-handedness.

You know this breed of plot’s general contours: four women are suddenly widowed when their bank-robbing husbands, led by Harry Rawlings (Liam Neeson), are killed in a botched job. It is up to Veronica (Viola Davis), Rawlings’s wife, to come up with the money that was stolen, and subsequently burned up, from crime boss and aspiring politician Jamal Manning (Brian Tyree Henry). She rounds up the motley crew, including Linda (Michelle Rodriguez) and Alice (Elizabeth Debicki), and comes up with a plan to rob $5 million from the home of ex-alderman Tom Mulligan (Robert Duvall), whose son Jack (Colin Farrell) is running against Manning for the current position.

Despite the machinations of Manning’s psychopathic brother Jatemme (Daniel Kaluuya), and the reluctance of the fourth wife Amanda (Carrie Coon), the widows manage to go through with the heist after recruiting Linda’s babysitter, the go-getting Belle (an absolutely ripped Cynthia Erivo).

There are twists along the way, so I’d rather not spoil everything for the interested viewer, but, really, there should be little doubt as to the outcome of the widows’ mission. The moments of levity that do exist, however spare, admixed with the preoccupation over the women’s desire to rise above their lot in life, diminish one’s belief in McQueen’s willingness to avoid a happy ending. It’s less a matter of if they’ll get what they want than how.

As heist films go, it’s an entertaining one, although it concerns itself more with set-up and fallout than it does with action. There is action, don’t get me wrong, but much of the more sensational aspects you’d expect from these types of films – shootouts, car chases, explosions and violent death – is dispensed with in the first few minutes or so, when the original robbers are slaughtered. It’s a good choice on McQueen’s part to focus more on character, and the small emotional moments they experience by themselves or with intimates, than on high-tech gadgetry and/or fight choreography.

Steve McQueen has always been visually compelling, given his experimental background in short film and visual art, and here he once again displays a strong sense for contrast with the help of his longtime collaborator, cinematographer Sean Bobbitt, who is never not sterling. The use of natural light complements McQueen’s realistic, social-document approach; yet it also beautifies the characters onscreen, which offsets the griminess of the surrounds. The dark/light, hard/soft balance pairs well with the idea of the characters each trying to redress a specific imbalance in their own lives, be it in relationships (as in the general bereavement of the widows, or Alice’s ascent from her life as a doormat) or financial hardship (Linda’s store being repossessed, or Veronica’s loss of assets with Harry’s death, or Belle having to sacrifice time with her daughter to work multiple jobs). Or, when natural light cannot suffice, as in the basketball court scene where Jatemme ruthlessly murders two lackeys, the use of overhead lights on scaffoldings to imitate the late afternoon sun is ingenious, and with so much light angled into so much open space, the scene is suffused with a curious sense of loneliness. Characters isolated by an almost sterilized emptiness is a common occurrence in McQueen’s films, and is entirely fitting in this one, allowing the camera to delineate the characters’ grief sans dialogue.

If it sounds like relatively shallow praise, especially in comparison to Steve McQueen’s other films, that’s because despite the visual tastefulness, Widows is still just a heist film with a social edge. Even a bravura sequence like the disembodied rant of Jack Mulligan in the car after a reporter needles him about his family’s corruption is offset by the reveal of Harry and Veronica’s son being killed by a witless, trigger-happy cop. Its BLM implications are obvious but the moment is given little time to breathe, and so comes off with the air of forced drama.

A key matter to note is that Steve McQueen actually adapted the material from a British television show from the early eighties. The script (cowritten with novelist Gillian Flynn) is loaded with side characters and an implied fullness that, although good in immersing the viewer into its simulated reality, also seems half-baked. I’d argue that the material would’ve benefitted immensely from extension, perhaps as another series instead of a feature film, to give more time for the social critique and politicking to play out naturally, and be even more immersive, rather than sacrificing it for the punchiness of plot demands, which gets increasingly more contrived as things ramp up to the inevitable conclusion.

The acting from the female leads is generally very good, with the Linda part softening up Rodriguez from the Tough Gal role she’s often typecast as. Duvall is merely alright, as age seems to be affecting his delivery some, and Farrell’s natural talent valorously forges through the dodgy Chicagoan accent he’s parroting. Neeson is tolerable as the conniving criminal. Henry seems to lack the gravitas for his role, although Kaluuya is magnetic as his cold-blooded brother. Underserved in their miniscule roles are the team of thieves (Jon Bernthal, Manuel Garcia-Rulfo, Coburn Goss) who do not even receive the courtesy of flashbacks, like Neeson’s character, and are given perhaps a combined three minutes or less of screentime. It speaks to McQueen’s ascent into the establishment that he can entice even a prominent name like Bernthal’s with so little actual work.

Is Widows a great film? Not at all. Is it even arguably great, or excellent? I think it strives to be, but, ultimately, seems more concerned with moral messaging (messaging that’s, to be fair, intentionally ambiguated at times) than with crafting a truly unique entry in the genre. What makes it all the more disappointing is the quality of the three films before Widows – and the possible trajectory of Steve McQueen’s filmography, after. The artistic concerns that cohered Hunger, Shame, and 12 Years a Slave together and lent their visuals a deeper narrative power have dwindled in place of social trendiness, with its attendant visuals more patina than anything else. Sometimes, success can be one of the worst things to happen to a talented artist, for what’s left now to prove? Or to hunger for? McQueen’s won his laurels, but let’s hope he goes deeper, for his subsequent projects, than mere artful stylizations of the same old, same old.

If you enjoyed this review of Steve McQueen’s “Widows”, consider supporting us and get patron-only content on our Patreon page. This will help the growth of this site, the automachination YouTube channel, and the ArtiFact Podcast. Recent episodes include a discussion of Ryusuke Hamaguchi’s “Asako I & II” and “Drive My Car”, a catalogue of Elon Musk’s stupidest claims, and a breakdown of abortion, Roe v. Wade, and the Constitution.