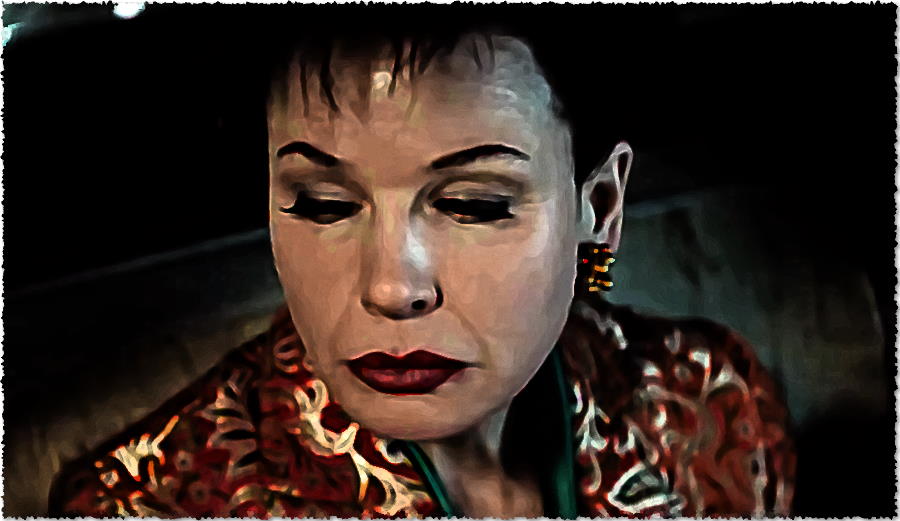 There is no business like show business, as the saying goes. In it, life for the performing artist is a continual stage—birthed from competition and endless rehearsals. With such a schedule, when can one be given a chance for pause? And where does the performer end and the person begin? Just days before watching Rupert Goold’s Judy, I watched Richard Attenborough’s A Chorus Line (1985). I remembered that film from my youth and it is, if nothing else, one long rehearsal. The same could be said for Judy Garland’s life.

Garland, born Frances Ethel Gumm, began performing at the age of two, along with her sisters. The trio were known as the Gumm Sisters, but they eventually changed their name to the Garland Sisters, when reviewers’ kept misspelling Gumm. Judy, the youngest, was also the most talented of the three. And as anyone familiar with the early MGM film industry, she was one of many who had drugs forced upon her by age 13—uppers and downers, not to mention forced dieting and studio insults, all which contributed to her depression. It is without any doubt that her early years contributed to the chronic low self-esteem she’d suffer throughout her life.

Renee Zellweger portrays Judy, and she does so with just the right amount of accent and vulnerability. The film, which focuses on Judy’s final year while performing in London, skips over many of the events that make her life interesting. Zellweger, however, gives a convincing rendering of the troubled singer, all the while acknowledging that many who know and knew her only admired the performer but did not care to know the person.

Mickey Deans (Finn Wittrock) is a young, mediocre musician Judy meets at a party in New York. He’s best served as a hanger on or a fanboy who holds her in high regard and puts her on a pedestal. They begin a relationship (despite him being more than a decade younger), and obviously he is more interested in Judy’s image than her person. He eventually becomes her fifth husband, and while he gives her what she wants—attention—for Judy, no amount can be enough.

While Rupert Goold has crafted a good, straightforward film, it ultimately doesn’t deliver much past the sadness. Judy is a troubled person, certainly, but the film omits all that makes her unique. Some might say this is a way to see her differently, as a fractured and fragile person, but then could this all be done for yet another stage? The film, however, is successful in conveying Judy’s loneliness. As example, one night she stumbles into two English chaps who ask for her autograph. ‘Do you want to get some dinner?’ she asks. They’re both shocked that she would even ask. They are surprised that Judy, this mega talent and icon, has so few real friends.

Indeed, the world can be lonely for those who are continually expected to deliver. That is, for them the performance doesn’t stop even as the show ends. It’s almost as though the entitled world expects for her to keep singing, even when she is in no mood or shape to do so. Moreover, it is not uncommon for the creative person to have so-called ‘friends’, who drop in and out, only to come and go when convenient.

Similarly, in Attenborough’s A Chorus Line (adapted from the Tony Award winning musical with the same title), each audition matters for whatever individual. Any movements—tap or step, can seem like an earthquake if not done in the appropriate or preferred way. Without their differences, each dancer is interchangeable.

I recently wrote an essay about Hart Crane and how the world must have become too much for him, and hence he ended his life. While Judy Garland’s death has not been established as a suicide per se, alone in a hotel room with pills and alcohol treads that blurred line. We just don’t know enough about this woman who was continually put on display. As example, in my email, I received an Inspiring Quote essayed by Judy Garland that goes, ‘Always be a first-rate version of yourself, instead of a second-rate version of somebody else.’ Yet for Judy, it seemed she was attempting to define just who exactly that first-rate person was. As someone who continually relied on others’ validation, Judy was left searching for whatever within her she felt was missing. ‘I just want what everyone wants. I just seem to have a harder time getting it,’ she says.

The last year of Judy’s life contained rejection and bankruptcy. Unable to be with her children because she hasn’t got the money, she travels to London to where the English supposedly love her. She is told that she will be able to earn once again. But while on tour, Judy continually shows up late, approaches the stage drunk, and is even heckled and booed in one instance. Meanwhile, Mickey is hoping to get some profits off her, but managers are reluctant to invest in any financial future given her recent behavior. Inevitably, and to no surprise, Mickey blames Judy and then leaves when she is no longer of any use for him. (In real life, he allegedly was attempting to make a book deal only hours after her funeral service.)

At age 28, MGM regarded Judy as ‘washed up,’ and it was her performance in George Cukor’s A Star is Born (1954) that became her comeback. At 13, the studio did not know what to do with her, as she did not have the look they wanted; yet her voice was overwhelming. The film’s flashbacks show a young Judy (played by Darci Shaw) who is pressed under the bullying brunt of Louis B. Mayer who tells her things like, ‘Your name is Frances Gumm. You’re a fat-ankled, snag-toothed rube from Grand Rapids. Your father was a faggot, and your mother only cares about what I think of you. Now do you remember who you are, Judy?’

Into adulthood, Judy continues the pill-popping and the lack of eating, which began in her early years. The thing that is missing, however, is that middle part of her life into which she grew so exceptionally. And this is what Rupert Goold’s film lacks. I am reminded of Iris (2001), which tells the story of English novelist Iris Murdoch. In it, the film covers Iris’s early years at university and then jumps to when she is old and struggling with Alzheimer’s. What is missing, however, are the years that would have defined her, those rich years in between where her work thrived. Judy somewhat shares this similarity.

I suppose the writers of these sorts of films think that showing performers (be it singer or writer) in pain humanizes them and makes them more relatable. Certainly, one cannot dismiss Judy’s troubles, but the question I wonder is how someone with such undeniable talent could continue to think so little of herself? Yes, she clearly carried the abuse from her early years, but what we need are not bookends—the beginning and the end of her life, but rather, that rich place in between. One of the funniest lines (unintentionally) from one of Judy’s films is muttered not by her, but by her co-star Mickey Rooney. The film is Love Find’s Andy Hardy (1938) wherein Rooney shouts to his uptight, Victorian Era clinging father, ‘Get with the times, dad, this is 1938!’ Just try saying this at a party. And to think Dorothy would arrive only one year later.

If you enjoyed this review of Rupert Goold’s Judy, consider supporting us and get patron-only content on our Patreon page. This will help the growth of this site, the automachination YouTube channel, and the ArtiFact Podcast. Recent episodes include a comparison between Thomas Pynchon’s Gravity’s Rainbow and Kurt Vonnegut’s Slaughterhouse-Five, a survey of photography from Josef Sudek to Laura Makabresku, and a discussion of Hermann Hesse’s classic novel, Steppenwolf.