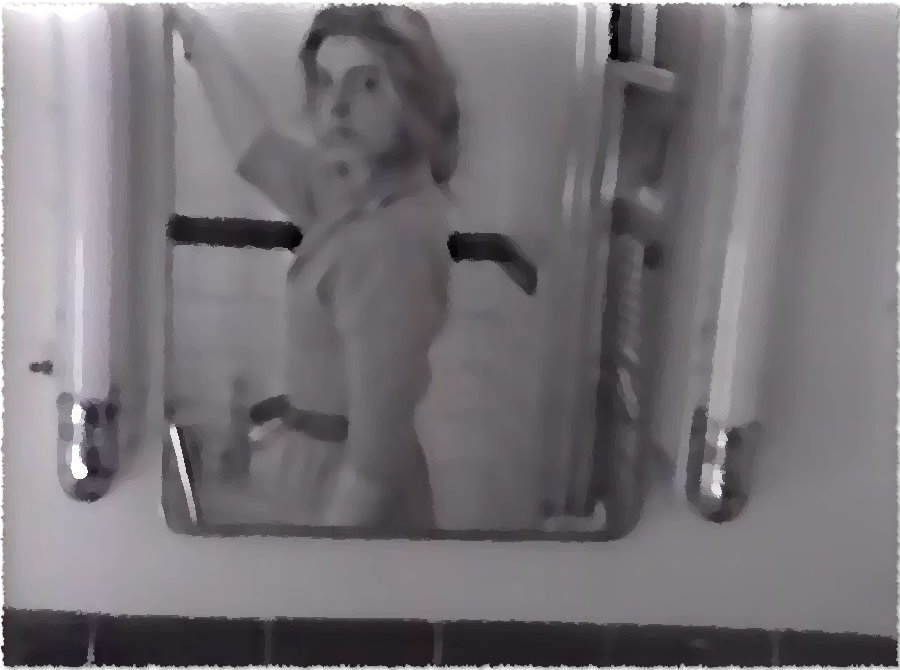 In C. Scott Willis’s documentary, George Woodman asks with regard to his daughter’s posthumous fame, ‘Does her work deserve it?’ A painter himself, he admits, despite his support, to feeling overshadowed. But again, we must ask if her work deserves it? Francesca Woodman (1958-1981) was a prolific photographer who died by suicide at the age of 22. In many respects, The Woodmans addresses (and challenges) numerous artistic clichés—the sad artist, the rejected artist, the need to feel special and unique. But more importantly, it addresses the need for one to forget the creator in order to appreciate the creativity. To not imbue too much personal tragedy into each and every frame. To allow—that is—to give the artist the opportunity for her craft to exist separate from her identity. (To not do so would be to disparage the importance of one’s brilliance.)

I am always underwhelmed by the lackluster attempts by so many artists. Writers especially can win the appropriate praise so long as they employ the correct politics or regard themselves in a certain way. That their work leaves one’s mind feeling like flat soda is irrelevant. This, I feel, is where the selfish (poseur) artist resides. Give me money. Give me attention. Give me a prize. Fame too comes at a cost—often at one’s integrity. They don’t care that they are boring so long as the perception (or so-called ‘experience’) suggests otherwise.

Both Francesca Woodman and street photographer Vivian Maier I discovered through documentaries. Maier, who left behind a large volume of undeveloped film, is the more expansive artist. She worked as a nanny and lived in obscurity while ‘taking photos on the side’. And Woodman, having grown up in an artistic family, didn’t just take photographs, she melded into them. Her photos very often appear delicate yet forceful at once, wherein for many she appears nude and undeterred. Artistic and ambitious, The Woodmans shows her propensity for seriousness. And in just marveling over a few of her photos, one can see this. The long exposures especially, where her images appear blurry, offer a haunting quality—a ghost-like imagery.

Born in 1958 to an upper class family, Francesca and her brother Charlie were given many privileges, but most importantly, their creativity was encouraged. Too often parents attempt to turn their child’s artistic propensity into practicality. If one wishes to be a painter, she should become a graphic artist instead. If one wishes to be a writer, she should study the Chicago Manual of Style and craft catalogues for software companies. And not to mention those who are too willing to bend to the fleeting whim of whatever literary agent—eagerly dumbing her drab work down for latest trend.

I always say that those who are too willing to alter their visions are not really artists. And in that sense, Francesca is described as ambitious and precocious. She knew she wanted to be an artist. And while she did wish for recognition, (it is suggested that a professional rejection was the source of her suicide) she felt it was deserved.

In the documentary, one of her childhood friends mentions that Francesca had ‘inside out skin’—that her over-sensitivity consumed her, and that others grew tired from her intensity. After all, the world is harsh for the creative mind, as it is far better suited if one is a lawyer or banker. The uncreative minds dominate because there are simply more of them. So, trying to navigate when one is plagued with deep emotion and artistry can leave one feeling overwhelmed, overshadowed, ignored, and underestimated.

Betty Woodman (Francesca’s mother and who like her husband George, is a painter) said that her paintings don’t merely hang on the wall but that they become the wall. The same can be said of Francesca’s photographs. There is a timelessness to them, in that, they appear as though they could have been taken yesterday or long ago. And it is through her photos where those moments meet—yesterday and today. Lines are blurred, eras are crossed, and her nudity becomes her vulnerability. She has allowed herself this because this is what she knows. While it would have been interesting for her to expand beyond herself, one can see she owned a technical command above her peers.

The film addresses her suicide and it does so tactfully. When they speak of it, those who knew her tear up. Having jumped from a high building, when brought to the morgue, Francesca had to be identified by her clothes because her face was unrecognizable. Grisly as this is, it sounds like a horror story. Throughout the film, C. Scott Willis gives the viewer glimpses into her journals—her thoughts on art, self-doubt, loneliness, neediness, and determination—as well as her ultimate demise. Comparing her life to a stale cup of coffee, she rendered herself to residue, with perhaps her best work behind her. Without art or passion, what else is there to live for, she felt.

The Woodmans, while a conventional documentary with typical talking heads, is a wonderful watch on the life of an artist. While I wish more could have been focused on each member’s work, (not to mention how exactly they made their living) the film offers an excellent introduction into this singular person. Just imagine it—a young girl sits at a museum, only to draw images of fancy ladies in elaborate dresses. And she was encouraged to do it. How did she know to begin? Yet she didn’t live long enough to become marred by the sweat and toil of the working world. (What to do when one manages without the intrusion of convention? Yet there it always is, insidiously seeping in.)

Most artists crave validation, yet fame is fleeting, as the public’s eye is constantly blinking. If only Francesca could have realized this, might she still be alive? Perhaps if she’d turned her eye outward, might she have grown? In one of her famous photos, she appears to erupt from the wall. Revealing her middle, she is covered by two floral scraps of paper. The image is both somber and playful. Melancholic, macabre—so much is delicate. It is as though she is acting out the memory of a dream. Beside, there is a large crack in the wall, reminding that the room could crumble. This world is imperfect, ominous. Shadows stretch across—an otherwise inflection.

If you enjoyed this review of C. Scott Willis’s The Woodmans, consider supporting us and get patron-only content on our Patreon page. This will help the growth of this site, the automachination YouTube channel, and the ArtiFact Podcast. Recent episodes include an examination of Abstract Expressionism as depicted in Kurt Vonnegut’s Bluebeard, a debunking of Internet sciolists such as Jordan B. Peterson and Christopher Langan, and a breakdown of Elizabeth Barrett Browning’s Aurora Leigh.