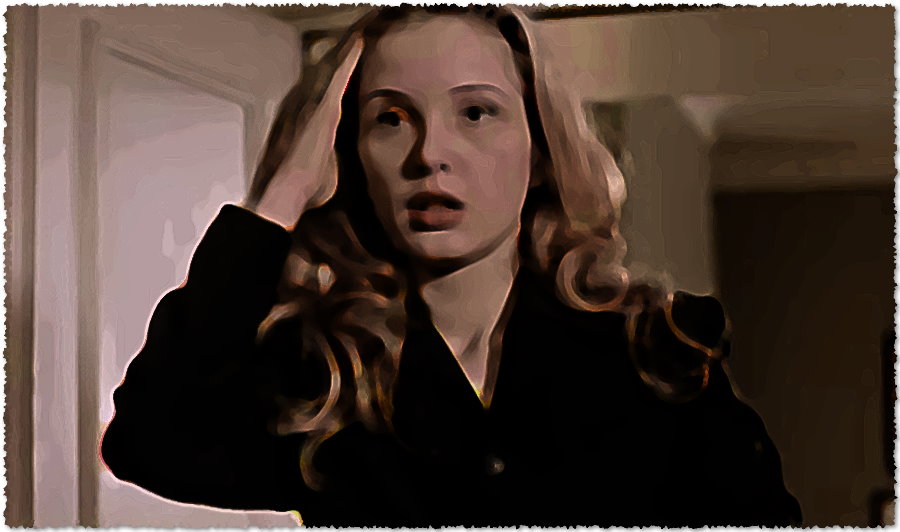 Heartache is never easy. Especially when one feels love for another that goes unreturned. White is the second film within Krzysztof Kieślowski’s Three Colors Trilogy, and it offers a great contrast to that of the somber, melancholic Blue. White stars Zbigniew Zamachowski as Karol, a pathetic Polish man who seems to have everything go wrong. To begin, his wife, played by Julie Delpy, is divorcing him on the grounds that their marriage was never consummated. But not before entering the courthouse does he have a Paris pigeon land its white shit upon him. This seems to be a metaphor for his marriage, and whilst we’re at it, his life. His ex-wife, Dominique, is needlessly cruel towards him. She dumps his suitcase at the courthouse, only to leave him stranded. She has cut off his money, and so he is forced to wander about Paris before deciding to sleep within their mutually owned salon. (He works as a hairdresser.) He still loves her—so much so, that after their divorce is granted, he throws up.

Upon sight of him, she threatens to call police. He begs her to come to Poland. They then attempt sex, where he fails to perform. As a result, she sets the curtains ablaze, and says she will blame him. We do not know anything about their relationship, save that they married six months ago. But her actions are cold and cruel—especially if the man’s biggest flaw is an inability to maintain an erection. Karol escapes to the Metro station, where he is seated, playing songs through a comb and begging for money. Another Polish man approaches and speaks in his native tongue. ‘How did you know?’ Karol asks. The man informs him that he recognized the Polish tune. Eventually, Karol is shipped to Poland in a large suitcase, but it is stolen. When the thieves open it to find a man inside, they punch him and abandon him at a landfill, wherein Karol then stands beneath the circling, trash-feasting gulls and says, ‘Home at last.’

In any other film, this series of events would be tragic, but Kieślowski takes on a comedic element—a black comedy of ridiculousness, where we laugh at this man’s sorrows. The skies are muted gray and the landscape composed of day-old sorrow-filled snow. The weather looks drab and evokes the doldrums of generic winter days. These are the feelings of this man therein. Many critics have labeled this a ‘revenge’ film, in that it is a story of a man who longs to revenge against his wife. Many also mention the idea of a shift in equality, or rather, a shift in the balance of power between him and his wife. Whilst there is some truth to this, White is ultimately about one man’s obsession to be loved by this one particular woman. Anyone else, after how she has treated him, would have moved on.

Whilst in Poland, Karol manages to stumble into some money due to some land investment. His friend Mikolaj has asked him to assist in his suicide by shooting him, but when the gun fires a blank, Mikolaj changes his mind and wants to live. ‘We all know pain,’ Karol says. ‘Yes, but I wanted less of it,’ his friend replies. He offers Karol the payment regardless. Then, in an intricate turn of events, Karol signs over his estate to his ex-wife, Dominique. He soon fakes his death and they hold his funeral, where he stands off to the side observing his ex-wife’s crying. She appears sad and this pleases him. Later, he returns to her home in Paris and she shockingly finds him there. ‘I just went to your funeral,’ she says. They have sex. ‘You were louder than that time on the phone,’ he reminds. He is of course referring to the time he called her whilst she moaned over some other man. He feels happy to finally be with her and she feels happy because he is supposed to be dead. It appears she is only able to love him when she believes he is dead. She is incapable of doing so whilst he is alive.

Karol leaves the next morning before she wakes. Police come to her door and blame her for his death, claiming that she murdered him with the intention of collecting his estate. Of course, she just saw him the evening previous—or did she? Was it all a dream? Kieślowski shows us what has transpired, but she is gaslit into insanity, where in the final scene, we see her within the window of a French prison—we see what Karol sees—Dominique motioning unto herself that she still loves him and that she would remarry him if she could. He cries, as he finally has achieved her love at last. Now they are mutually in love. But in order for this to have occurred, he had to die. He must remain ‘dead’ of course, lest he and his conspiring friends would go to jail themselves. And gone would be her love.

Krzysztof  Kieślowski’s White is more clever than it is somber—in fact, the film would not have worked without the overt humor and absurdity of it all. Yes, Karol gained his revenge but this film is not about that. Rather, it is about his obsessive need to feel loved—not just by anyone, but by her alone. Karol shares a similarity with Julie, the lead character in Blue, in that both have been rejected. They are denied any say. Julie comes to learn that her husband has had a mistress and Karol is so wimpy that he allows his ex-wife to call the shots. The difference resides within the approach—Blue is a serious drama and White is a black comedy farce, albeit enjoyable. As part of a trilogy, they balance out.

The soundtrack within White is whimsical and lackadaisical. It is indifferent to Karol’s suffering, as are we, who laugh at it. Much like within Blue, the music evokes the interior landscape. It creates the mood. Outside, the only world we see is one of frozen ice, old snow and muted grays. We witness the coldness of Dominique. We don’t know why she behaves this way, yet the reason is not relevant. It is more important that Karol is incapable of letting her go. Even when he calls her from Poland after dreaming of her—he still longs for her, despite her hanging up on him. Who would otherwise tolerate such abuse? It is safe to say that one can never force anyone to love another, but damn if Karol is not going to die trying.

Early within the film, there is a small moment that ever subtly links Kieślowski’s two films together. We get a glimpse of Julie when Dominique and Karol are undergoing their divorce within the courthouse. In Blue, Julie visits in her search for her deceased husband’s mistress, who is a lawyer. Very briefly, Julie pushes through the doors but the court security officer blocks her upon entry. In both films, we witness the same event. Only the perspective differs. Perhaps the same can be said of marriage? The pitiful Karol within White runs counter to Julie’s sadness within Blue. Drained of his vigor, the Paris pigeon says it all.

If you enjoyed this piece on Krzysztof Kieślowski’s “White”, check out the automachination YouTube channel and the ArtiFact Podcast. Recent episodes include a dissection of Kurt Vonnegut’s classic novel, Galapagos, a philosophical look at kitsch, aesthetics, and NFTs with UK painter Ethan Pinch, and a long discussion of photography from Alfred Stieglitz to Fan Ho and Vivian Maier.