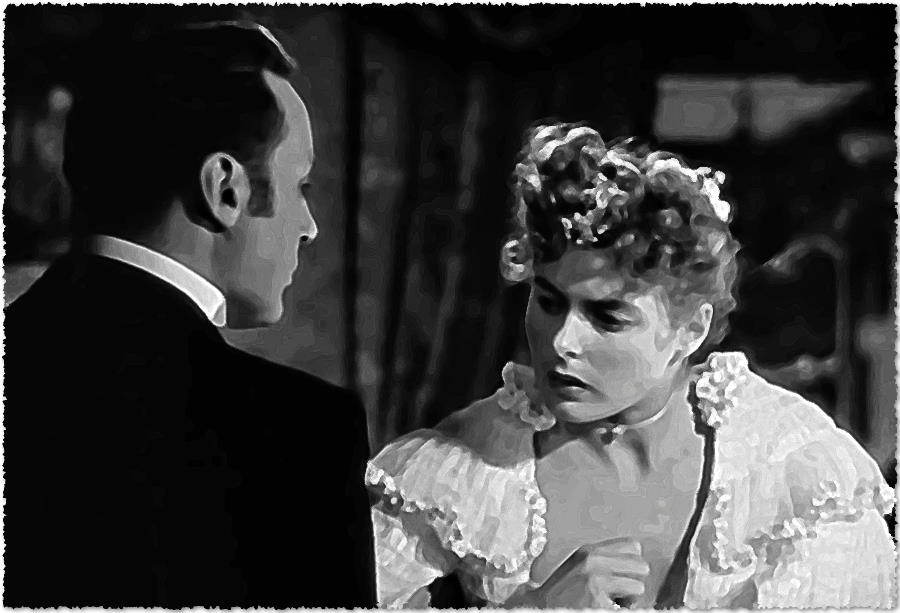 Oh, there is a name for this?

This is the question I asked upon the first time I heard the term gaslight, that is, as a verb. Psychology Today defines it as:

Gaslighting is an insidious form of manipulation and psychological control. Victims of gaslighting are deliberately and systematically fed false information that leads them to question what they know to be true, often about themselves. They may end up doubting their memory, their perception, and even their sanity. Over time, a gaslighter’s manipulations can grow more complex and potent, making it increasingly difficult for the victim to see the truth.

Most often the victim will be told that what happened did not happen or that something, which was said, was not said. Over time, the victim will come to trust the abuser’s reality rather than her own. And this is a very coercive, dangerous form of manipulation—as what is one’s identity if not one’s memory and experience? If one’s memory is taken, who is she then? If she no longer has access to her experience, who has she become up until this point?

Taken from Patrick Hamilton’s 1938 stage play with the same title, Gaslight has since become part of the vernacular. However unlike the play, George Cukor’s adaptation is not set within the same small space, and thus we are not able to experience physically Paula’s claustrophobic isolation. Yet the film, whilst an excellent rendering, is also a fascinating glimpse into the psychological abuse that has come to be called gaslighting. So, yes, there is a name for this.

Ingrid Bergman plays Paula Alquist, a young opera singer who is giddy in love with her latest suitor, a man who calls himself Gregory (played wonderfully by Charles Boyer). It has only been two weeks and already amid his wooing, he wishes to marry her. Paula, wishing to gather her thoughts due to the speed of their relationship, informs Gregory that she needs a week away to think. Yet, whilst she is away, he shows up unannounced. This only reinforces his controlling nature and lack of boundary recognition. By not allowing Paula time to herself, he is in effect already isolating her, albeit it is done under the affectionate guise of, ‘I just missed you.’

Paula wishes to live in Paris, but Gregory opts for foggy London—the same home once belonging to Alice Alquist, an opera singer and Paula’s aunt who was murdered. Already George Cukor has us witness Gregory’s controlling nature, wherein Paula’s opinion does not matter. Immediately, he begins to isolate her by getting her to believe she is slowly losing her sanity. ‘You’ve never had the best memory,’ he tells her. Then, one day he offers her a brooch that once belonged to his mother. Because the pin needs repair, he places the brooch within her purse for safekeeping. Yet, when Paula goes to retrieve it, she finds that it is missing. ‘I know you never lie to me. I believe you. You’re not lying. It’s worse than lying. You’ve forgotten,’ Gregory says.

Gregory is hiding something, a big something, like his name. Oh, and a murder. Of course, Paula does not know this, even as George Cukor ensures the viewer gets some clues. Charles Boyer is remarkable in his coldness, his baleful glares, and his sudden eruptions of anger, which he attempts to keep hidden. His other manipulative tactics include triangulating Paula with the servants (including an 18 year old Angela Lansbury whom he calls ‘Lucy’ by mistake) by informing them that ‘the mistress is not well.’ Distraught, Paula is beginning to question her perception. Anything that happens to her must not be real.

Each night Gregory leaves for the attic, wherein he is forced to turn on the light. As a result, the gaslight lamps dim. When Paula inquires the servants about the dimming lights, they tell her no one else is home and that no one adjusted them. So Paula begins to believe that she is imagining the lights having gone dim. Thus, the title refers to her physical reality, which she perceives as untrustworthy. She can no longer trust her perception, as it must all be in her imagination.

And as for Gregory? What is his motive? Well, turns out Alice Alquist’s jewels are somewhere in the attic, and if he can only surrender Paula to an asylum, then he can keep them for himself. But he has to convince her that she is crazy first. Of course, in the land of psychological abuse, control is the motive. Gaslighting is just another devaluation tactic an abuser uses upon said victim. Very often it takes an outside source to pull the victim out of this mental fog, and in the case of Gaslight it is a detective played by Joseph Cotten. ‘Why am I losing my mind?’ Paula asks, wherein Detective Cameron replies, ‘You’re not—you’re slowly being driven out of your mind.’

Paula begins to then find things that she supposedly lost or was told never existed, such a letter written by a man named Sergis Bauer, as well as that missing brooch. She has spent months fearing noises that supposedly never existed and it is Detective Cameron who confirms that he too noticed the gaslight having gone dim. Joseph Cotten offers quite the contrast from his psychopathic portrayal in Hithcock’s 1943 film Shadow of a Doubt. In it, he is charming and manipulative yet contains an inner fury similar to Gregory.

George Cukor has an impressive list of filmography. His other films include The Philadelphia Story, My Fair Lady and A Star is Born (a film which revived Judy Garland’s career and earned her an Oscar nomination). Gaslight is one among his many well-received works as well as arguably being the most culturally important. In fact, the film has been archived within the National Film Registry by the Library of Congress, citing it as ‘culturally, historically, or aesthetically significant.’

Very often it is our memory that remains closest to us. Think of those having suffered amnesia following an accident and how they then can’t remember who they are or where they are from. How scary that must be. And what is memory but a composite of thoughts, experiences, and perceptions? Now, imagine that is somehow altered. What you believe happened did not actually happen. Your mind must have invented it. What else then has it invented? Is anything real anymore?

Another great film that involves a woman doubting her reality is Herk Harvey’s 1962 classic Carnival of Souls. Although we come to learn that the character died in an accident, for a time she seems alive and unsure. Like Paula, Mary Henry is frightened and often isolated from others. Both are disconnected in some way. George Cukor’s Gaslight is one of the few films where it is necessary for the audience to catch on far quicker than the character. We know that Paula is being manipulated—there is no question. But the reason we know and she doesn’t is not because she is dim; but rather as observers we remain safely outside the fog—Gregory’s low obscuring cloud. When one sees clearly the days and nights move differently.

If you enjoyed this review of George Cukor’s Gaslight, check out the automachination YouTube channel and the ArtiFact Podcast. Recent episodes include a breakdown of Elizabeth Barrett Browning’s Aurora Leigh, a dissection of Kurt Vonnegut’s classic novel, Galapagos, and a long discussion of photography from Alfred Stieglitz to Fan Ho and Vivian Maier.