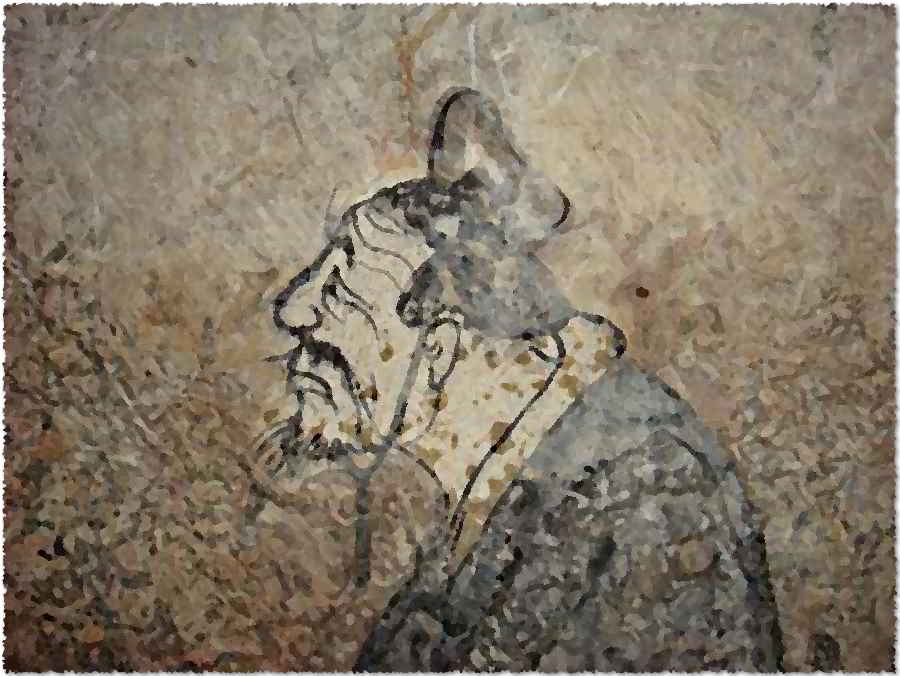 It is the signature idea of Confucianism, something which the Chinese sage said in response to a question: If he had the authority, what action would he take? “Rectify the names,” Confucius responded. He meant not only the practical and communication aspects of naming things, but creating meaning and aligning structures and relations within society. His was a fragmented and confused society then, and the Sage felt that a new realignment, a new beginning was necessary, a way of  re-conforming a wayward and unfocused society, a way of making things right.

Confucius saw society as a community of trust, not competing factions, an interwoven cooperative and communicative whole, an organic unity. As a contributing, participating member, one is expected to recognize the existence of others and to serve the public good. The idea is that it is the king’s duty to act kingly and the father’s duty to act fatherly. If kings and fathers fail in their responsibilities, the whole system comes unraveled. In such a society, a father must ACT as a father; a son must act as one; each member of the family has a place, a designated title, and must fill that place conscientiously, so that the society as a whole hums like a well-tuned Maserati. There is one thing missing in all this: how do you get a consensus about those pesky definitions? If a society runs smoothly and cooperatively based on all doing their part, on everyone knowing his or her place and performing the appropriate behaviors, but if there is absolutely NO agreement on ANY definitions, what happens?

The Stoics—specifically, Sextus Empiricus—brought up this Problem of the Criterion (“the wheel”). It is an epistemological problem which has not been resolved to this day. This problem of knowledge, simply put, is that for one to assert some Proposition A to be true, one must have some standard, some criterion, to measure it by—but THAT standard is an unproven assumption, so what standard is used to measure THAT assumption?

Here is an example from our own cultural landscape. There is, and has been for quite some time—and increasing in volume and calumny as the years progress—an ongoing debate about the definition of “woman.” This lack of  an accepted (and acceptable) definition has produced anger, jobs being put in jeopardy, noisy and sometimes violent demonstrations, breakups of long-standing relationships, kilotons of spilled ink and oceans of bytes which even now somewhere in a star system far, far away, is causing anger and amusement. It is, as it has been in many historical times, a complete confusion of the cultural, social, political landmarks which have marked a society’s progress through time. Currently, there appears to be (among other designations) the socially-determined woman, the biologically-determined woman, and the self-identified woman.

Biological women are genetically original; socially-determined women are “constructed” by patriarchal society; self-determined women are women by virtue of how they feel, what they present as, what they think of themselves as, no matter what they look like or what that birth certificate says. So…which standard will society use to answer the question of who a woman is, whether, say, a transwoman is a “real” woman? There can be no question of answering that question since the proposition “A transwoman is not a woman” cannot be approached until we know what a “real” woman is, about which any further assumption needs yet another definition—then we’d have a yardstick by which to measure that original assertion. It’s enough to make even the most hopeful thinker skeptical about solving ANY dilemma.

Here are a few other little blips on America’s cultural radar: What is a family? Are Trump supporters terrorists? What is a Conservative or Liberal or Progressive? Are police officers all racists? Who deserves to be president of the U.S (any constitutional requirements aside)? There are conflicting propositions about funding the military and the police, about what “infrastructure” means, about what to teach, and how, at every level of education, from kindergarten to college. There is even not real agreement about the science of weather or viruses. And on it goes.

If you are staring at your morning oatmeal and can’t decide whether to put white sugar, brown sugar, honey, molasses, or Mrs. Butterworth on it—or just eat it plain—because each choice has its appeal and also its downside, then your breakfast goes cold while you are contemplating the Great Oatmeal Puzzle. So it is with a society which cannot decide if horse manure stinks, or even what it is.

History. America has some—maybe not as much as some Asian or European countries do, but enough to confuse and conflict, and lately, to condemn us. Statues which have been standing stone-faced and unrepentant for generations coming down; names on buildings all across the fruited plain being effaced and removed; long-established culture memes dissolving in the acid of public vitriol; each of us with our own spin, our interpretations of the vapor-cloud of meaning, each attempt at definitions a failed attempt. The Germans, the French, the Japanese, all tried and eventually failed to erase, to forget, to avoid, their historical roles. And if history is any kind of measure, so will we, no matter how many Confederate generals bite the dust.

One worrisome thing about Confucius’s utopia is that the Chinese teacher made two huge assumptions: 1) everyone in the society would see the wisdom, the efficacy, the rightness of his proposal and agree and get to work to make it happen; and 2) there would be major consensus on the duties comprising each person’s role—meaning that the standards, the criteria, would be manifest to all. Well, it seems that Confucius, like all who wish a Utopia for his or her fellow humans, overestimated what could be accomplished and underestimated how willing everyone was to work things out, how unwilling they were to give a little to get a little.

And here we are today, struggling to find that elusive Oneness which makes a cohesive, functioning society.  Yes, there are enclaves here and there—small pockets of agreement on some particular issue or behavior, but as a whole we have our heads tucked into a crevice from which there seems to be no escaping. We need to do what Confucius suggested. We just don’t know how.

If you enjoyed this piece on Confucius, check out the automachination YouTube channel and the ArtiFact Podcast. Recent episodes include an interview with singer Eva Schubert on writing good songs, an in-depth look at Elizabeth Barrett Browning’s “Sonnets from the Portuguese” with poet Joel Parrish, a philosophical look at kitsch, aesthetics, and NFTs with UK painter Ethan Pinch, and a long discussion on Edward P. Jones’s classic short story collection, “Lost in the City”.

More from Len Holman: UFOs & UAPS – The Sky Talks And It Is Us Talking, Ladies in Hats, Naked Chess: A Meeting of Hearts and Minds, Cleopatra: Queen of Charisma