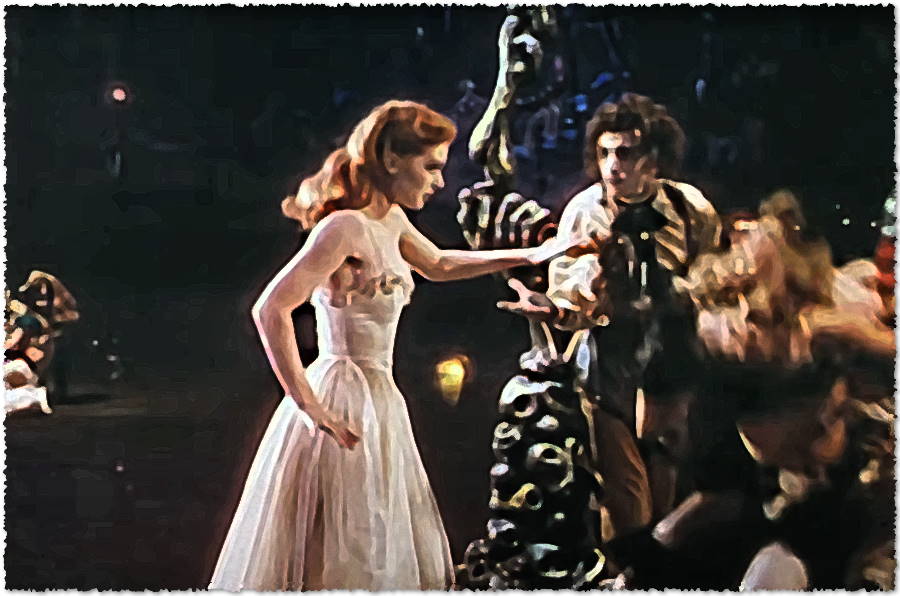 There are some films where the audience remains a witness, where we sit off to the side and marvel at the lives of those we see on screen. And then there are the films that are so overwhelming in their immersion that, to quote Roger Ebert in his review, ‘You don’t watch it, you bathe in it.’ Perhaps ‘bathe’ seems too sensational a word, and it just might be, were it not for the grand use of Technicolor coupled with the marvel of this single dancer, Victoria Page (played by Moira Shearer) flowing in glory. The 1948 film is based on the Hans Christian Andersen tale with the same title, wherein a young girl is given a pair of red shoes that goad her to dance. So, she dances and dances until she is forced to amputate her feet, and even after doing so, her feet continue to dance on their own. Like many of Andersen’s tales, the story has a gruesome end, and perhaps this film is not too far off.

On one hand, The Red Shoes is a story of ballet—the desire to succeed and to be seen, and on the other lurks the desire to be happy, loved and fulfilled. For some, artistic success and love go together and for others they are forced to choose. Victoria falls in love with a young composer named Julian Craster, and for a time she seems happy. Yet this would not be a film were it not for the tension of one’s artistic drive over one’s life. Ingmar Bergman once said that he could live in his art but never in his life. For Victoria, it seems she can have one or the other, but not both.

She and Julian are forced to keep their romance secret from the company’s impresario who seethes with apparent jealousy. And yet, he never appears to have romantic feelings for Victoria, or if he does, he is poor at showing it. The character, played by Anton Walbrook, possesses just the charm, and the correct kind of cunning. He is manipulative and underhanded, but only at a distance. One might guess the source of his jealousy stems from his belief that Victoria is his alone, as in, his dancer, his possession. He made her a star, after all. ‘You cannot have it both ways. A dancer who relies upon the doubtful comforts of human love can never be a great dancer. Never,’ he informs her. Just as within a fairy tale, his so-called gift of stardom has a price.

In one memorable scene, there is a 17-minute dance sequence that lulls one into a kind of dream. It is a beautiful arrangement that evokes a painter’s eye, and the restored Technicolor delivers a sort of timelessness. As she dances, just where does she fall and where does she fly? Shearer was perfectly cast, as her hair is red and her skin near translucent. She is both forceful and delicate. She puts on the red shoes and dances amid the blue background. Like Andersen’s tale, are the shoes controlling her? Or does she have the movements memorized to where the dancer becomes the dance? Rather, this is her staged happiness guiding towards misery.

With regard to the staged sequence, the film’s art director aptly summarizes what is near impossible to describe: ‘We have tried to make our [ballet] sequence subjective as well as objective. When the girl is dancing, she feels she is a bird, a flower, a cloud; when the spotlight hits her, she feels she is alone on a small island with waves breaking around; the figure of the conductor melts in turn into the form of the impresario, the magician, the lover, and at last into a figure made of newspapers.’

When Julian and Victoria are traveling the Mediterranean, the two are happy and in love. The pressures of dance fall away and for a time they are lost in one another. Yet, as with any tragedy, we know this cannot last. The ephemera of her happiness seems to endure only as long as the dance, which brings about the inevitable end. Forced to choose between art and marriage as ordered by that of the company’s impresario, she cannot have both. Just as with Anna Karenina stepping in front of a train to escape her torment, Victoria too jumps similarly to her death, all the while still wearing the red shoes. What brought this about, of course, is her lack of control. She has no control. Her life and art have no boundary. Bleeding, and presumably dying, we do not witness her actual death. We only hear her make her final request to her husband, Julian, ‘Take off the red shoes,’ she says.

Black Narcissus (1947), also directed by Michael Powell and Emeric Pressburger, shares an equally stunning quality in terms of beauty and color. Set within a convent within the Himalayas, the film also uses bright reds when we witness one of the nuns in mental peril. However coincidental, this gives distinction to their work—both in vision and direction. In Black Narcissus, the mental peril is brought on by jealousy and altitude sickness—presumably. In The Red Shoes, it is brought on by Victoria’s inability to affect change, to choose. We think we know what she should want, but does she? Marriage or career—both too impossible, perhaps? The need to dance, to express, to impress—her movements become her metaphors—even her final scene in front of the train.

To quote Elizabeth Barrett Browning from her poem ‘Aurora Leigh,’ (which also involves a woman’s boundary between art and love) ‘Art symbolizes heaven, but love is God and makes heaven.’ The Red Shoes is much more than a dance film, and yet dance is the perfect object for desire. To move and to make one’s body into art—to quite literally become the art, is to eliminate all boundaries. How often do we read the work of some writer and are left to wonder what was imagined and what was real? How much of ourselves lives within our work and quite possibly, could we ever become our work?

Before beginning this film, I set my journal aside with the intent of gathering any necessary notes, which were not many. Returning to my earlier point, this film is an experience, a feeling one cannot memorize. So to no surprise, during the film I forgot to make notes and at the end, I looked to see what I had written. One phrase: ‘Lost within a maze of ballet—The Red Shoes.’

More from Jessica Schneider: Revisiting Childhood Memory Within “El Sur” (Victor Erice, 1983),  Curtains on the Wall – The Poetry of Hazel Hall, The Risk of Too Much Pleasing: Billy Wilder’s “The Apartment” (1960)