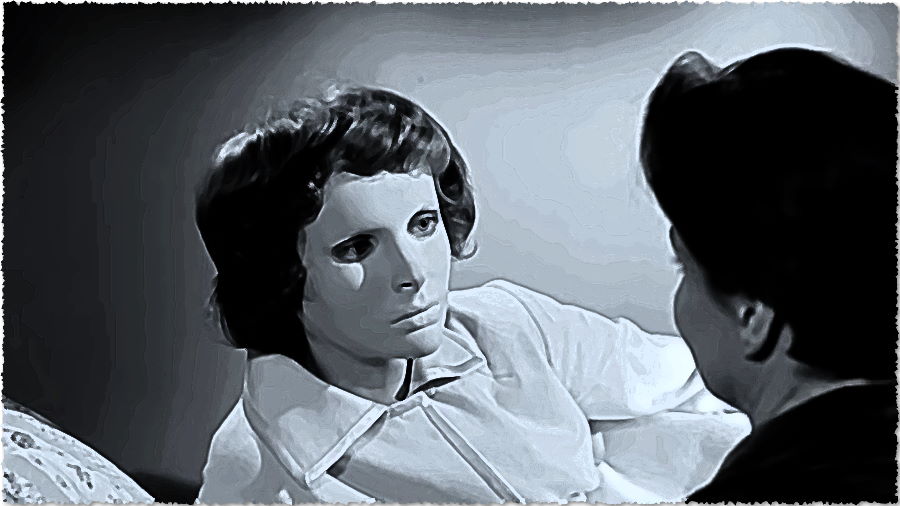 Horror films have it difficult. On one hand, they have to be scary or at least creepy enough to hold one’s interest, and on the other, they have to contain characters well developed enough for audiences to care. Georges Franju’s Eyes Without a Face (1960) succeeds at both. While this is not a great film, it is quite good, and rare is it we find a film involving the so-called ‘mad scientist’ doctor that works. The film contains a gothic quality, where we observe and then we feel sorry. As for whom? Well, that all depends.

Dr. Génessier, played by Pierre Brasseur, is a plastic surgeon who has developed a new form of face transplants—something he calls ‘heterografting’, which involves the removal of one living face and transplanting it onto another. In order for this to work however, both patients need to be alive, which makes it unfortunate for the donor. Dr. Génessier’s daughter is disfigured due to a car accident for which he is responsible. So now he is on a mission to find her a new face, but the only problem is that this requires him and his lover Louise (played by Alida Valli) to kidnap young women and then later dump their bodies into the convenience of the loud nearby river.

Louise is one of his success stories, as Dr. Génessier managed to restore her face years earlier. And it should be noted that often these transplants don’t work, especially when the skin begins to reject the tissue. Édith Scob plays his daughter Christiane, who walks about in an expressionless mask, appearing as though she were a doll. ‘Kiss a doll and it won’t kiss back,’ she says. Only her eyes move and this gives her a haunting quality—she appears angelic and ghostlike, while she walks in white, behaving as though her life has ended. It might as well, as she lives imprisoned within her father’s house. Blaming her disfigurement, as bad as it is, this does not seem to be the worst of her problems.

In one memorable scene, Georges Franju has the doctor strap a girl to a gurney whom the doctor has chloroformed. He pencils around her face and then makes his incisions, cutting her skin away. It is a grisly scene that is hard to watch—and yet it is difficult to look away. The face is then transplanted onto Christiane, but it is only within a few days that her immunity rejects the tissue. Over the course of the month, her face rots and she must once again resort to the mask.

Some have ascertained that Dr. Génessier is ‘riddled with guilt’ for having caused his daughter’s face disfigurement in an accident. Yet I see no evidence of this, as it seems he is driven by both his ego and vanity. Too humiliating to imagine his daughter ugly, he uses her as an experiment—a prop for his own career advancement, all the while guiltlessly abducting young women and mutilating their faces. Édith Scob works well with the material, as her role does not require much acting. Her face, after all, is covered throughout most of the film. But she moves around helplessly and delicately—never leaving the house, and behaving as though she has no clue what is going on even though she does. She is a victim of his narcissism, which is driving his compulsion to cure her disfigurement.

Much of the film takes place at night, which adds to the eerie quality. Dark, gray skies and low hanging branches dangle in the wind. The gothic surrounds offer the proper mood for this intelligently rendered horror. Yes, Eyes Without a Face does fall into the genre category, which thereby limits what it can accomplish. The story itself is rather simple—compulsive doctor wants to cure his abused daughter. But it is through Georges Franju’s intricate direction and keen eye for detail that separates this film from what might otherwise be conventional mediocrity.

The French directors were onto something when it came to their horror. Henri-Georges Clouzot (Diabolique, 1955) also comes to mind as a suspense-driven director who utilized literature. Franju, despite his skill, is not up to league with Clouzot but he is not too far behind. There are arresting images within Eyes Without a Face, such as the final scene, where we witness Christiane emerge into the woods as white doves fly about her. The doves match her free-flowing dress—deep within the nocturnal breeze, peaceful at last. The events leading up to that scene, however, are intense. Finally taking matters on her own, she releases the young woman who is set to be her father’s next victim. She stabs Louise forcefully—in one shot to the neck. She removes her father’s dogs from their cages, as well as the white doves. The doves surround her whilst she walks. It is a poetic scene that encapsulates this picture perfectly.

Not too long ago I watched a film with Édith Scob called Things to Come (2016). In it, she plays a needy mother who once worked as a model. Given her physical beauty, she is indeed well cast, as even in age her features contain an angelic quality. Her performance in Eyes Without a Face is understated, given she is beneath the mask much of the time. But her eyes do find themselves amongst us, as she is forced to utilize them whenever conveying emotion. This is not an easy task, but she pulls it off. As the title implies, her eyes become her identity—she is eyes without a face.

Another film Georges Franju directed was Judex (1963), which is also suspense-driven with a pulpy feel. From what I recall, I enjoyed it. Franju, while operating within this genre medium, is consistent. He delivers quality therein. As I began this review, I stated that horror films have it difficult. Any genre does, as the limits of said genre too often can impose themselves onto the art, thus rendering something more plot-driven, rather than character focused. Let us not forget that character is plot. In Eyes Without a Face, we do come to sympathize with Christiane, who redeems herself at the end. Dr. Génessier, for all his victims, deserves what he gets – he is mauled by his own dogs. And it would appear that for Christiane, it is not her face disfigurement that has been imprisoning her, but rather a vain man she calls her father.

If you enjoyed this review of Georges Franju’s Eyes Without a Face, check out the automachination YouTube channel and the ArtiFact Podcast. Recent episodes include a dissection of Kurt Vonnegut’s classic novel, Galapagos, a philosophical look at kitsch, aesthetics, and NFTs with UK painter Ethan Pinch, and a long discussion of photography from Alfred Stieglitz to Fan Ho and Vivian Maier.